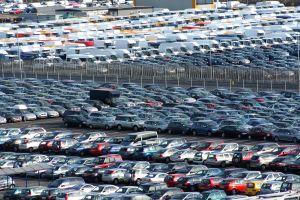 It has been reported that around 95% of US households own at least one car – certainly an impressive figure. However, not everyone does own a car and there are quite a few reasons why someone might either be reluctant to get one or be put off owning one altogether. For instance, the cost of things such as car insurance, gas and car maintenance can add up and, when you consider that the cost of running a car is somewhere around $7000 a year, you can see why running a vehicle is such a big commitment.

So, what are some of the reasons people are put off owning cars?

As mentioned above, $7000 is a lot of money and many people simply don’t have that amount of cash to spare. It’s thought that the average American spends around 15% of their total income on transportation, much of that on cars and the costs associated with driving. It’s certainly fair to say that the costs of motoring are enough to put people off; gas prices seem to be on a general upward trend and with many people struggling to get by in a difficult economic climate, owning a car is understandably not always the highest of priorities.

Of course, some people make a specific decision not to drive a car because they don’t like the impact it has on the environment. The vast majority of journeys in the US involve a car – even journeys short enough that really, we could probably walk the distance without any trouble – and the impact of this adds up. It’s thought that most ozone pollution is caused by motor vehicles and so being a conscientious objector is something that some people take very seriously.

It’s safe to say that cars can be complicated. There’s a lot to think about when it comes to buying one. If you’re someone who owns a car, you’ll be familiar with all the administration and issues that go along with it. For instance, as well as buying the car and taking care of all the associated paperwork, you also need to think of issues such as car insurance. You’re required by law to have this and it is definitely worthwhile having, but how do you know which insurance to get?

For example, which insurance company should you choose? How comprehensive does your cover need to be? How do you know if you’re getting a good deal on your quotes? As well as all this, there’s also the small matter of choosing the car itself. Unless you’re mega clued up on motoring issues, it can often be something of a baffling process.

However, despite all these valid reasons for being put off car ownership, the fact is that most of us will own one at some point in our lives. They’re just so useful, aren’t they? So, getting the best possible deals on our cars is definitely worth it. Shop around for things like car insurance to make sure you get good value for money and, if you’re concerned about the environment, have a look at hybrid cars to see how you could reduce your carbon footprint. It could make a big difference.

How many cars do you own? Have you ever considered doing wthout one of them?