Staff Postings and a Life Lesson 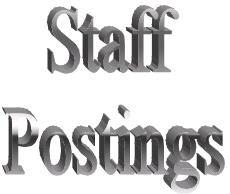 As most of you know, I am a new staff writer at Passive Family Income, which is a great site for anyone that is curious about making some extra money that will keep coming in long after you’ve done the work.

If you would like to view my articles, I have included them in the links below:

Hetty Green was born in 1834 and was the daughter of a very wealthy businessman, Edward Robinson. She was very involved in the family business, and upon her parents passing, was left with the majority of the inheritance; $7.5 million dollars.

As expected, Hetty continued to invest the money and grew it to a much larger number: an estimated $200 million dollars (equivalent to $3.8 billion dollars today)! The only problem was the manner in which she did it.

Hetty was often referred to as, “The Witch of Wall Street”. She argued about nearly everything and was the cheapest person on earth. It is rumored that she ate mostly oatmeal (because of it’s inexpensive cost) and heated it on the office radiator (again, a cost savings). She never turned on her heat or used hot water and wore only one black dress. Also, when her son Ned broke his leg, she attempted to save money by going to a free clinic for the poor. She was naturally found out and was instructed to take him to another clinic. Some reports say that Hetty tried to heal the leg herself, which resulted in a need for amputation, but in actuality, his leg was amputated after many years of unsuccessful treatment (I hope that was the case, anyway).

Unfortunately, when I read the story of Hetty, I was reminded of myself! I related to a few of the stories outlined above (don’t worry, my wife has not recently become an amputee), and I realized that a little frivility and fun is necessary for a healthy, well-rounded life!

While you’re paying off your debts, don’t forget to have a little fun! I still think that you should stay within your budget, but make sure to take some cash out once in a while and spend it on something that you like to do! Go out to eat, play a game of golf, or head out and go camping for the weekend! Whatever it is, make sure that you have a good time and that no one mistakes you for Hetty.