What to Do With Your Unexpected Income 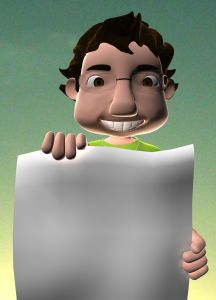 Have you ever been in a situation where you unexpectedly received a large sum of money? Perhaps you got way more back than you expected at tax time (due to 2011 tax credits or 2011 energy tax credits perhaps?), or maybe you received an unexpected bonus at work (I know, this really doesn’t happen that often anymore), or maybe there was a death in the family and you received an inheritance…. what do you do with this unexpected income?

What you Shouldn’t Do

First of all, this isn’t “free money”. I agree that it most likely wasn’t earned, but that doesn’t mean that you have the green light to go out and buy a ski boat (this would really be a bad idea by the way, since it’s a depreciating asset and it will cost an arm and a leg in gas…).

Don’t make any hasty decisions – those are the ones that we all end up regretting.

What We Are Advised to Do

Many wise individuals would suggest that you put that money into a high-yield savings account for an entire year before we even touch it. I understand this idea – it forces you to really think through what you will do with the money without doing anything really stupid. Typically, if you still think your idea is a good one after a year, it’s probably not too bad.

What I Vote You Should Do

My advice actually involves some planning before you receive the unexpected income. Yes, that may sound crazy, but at some point in your life, you WILL receive some income that you didn’t expect, and wouldn’t it be nice to already have a plan in place for it?

If We Receive Unexpected Income, We Will….

Put the things that you would most like to do at the top. In this instance, the top pick is going on a ski trip. Then the next thing you’d like to do will go right beneath it, and so on. The ideas might get a little crazy toward the bottom, but that’s ok.

So, let’s say your great aunt passed away and you were her only living relative. Her inheritance to you was $50,000. Rather than wondering what the heck you’ll do with $50,000, you just pull out your list!

Looks like you’re going skiing, investing $5,000 in the company stocks, you’re buying property up north, and the remaining $13,000 will go toward the house mortgage. Simple huh?

What would YOUR list be? It’s kind of fun, give it a shot!