The Best Used Cars For Your Price Range 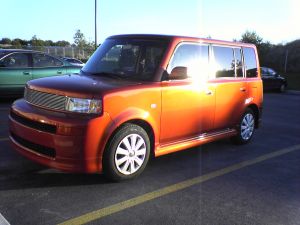 You don’t purchase brand new cars do you? I understand that purchasing a brand new car is quite exciting and there are no immediate issues (you hope) that need repair, but is it really worth the cost?

But Used Cars Break Down

If you are looking to get the most bang for your buck, it’s often much better to buy a used vehicle than a new one (plus, you could most likely pay for the used car with cash!). You might make the argument that a used car will cost more money in repairs, but have you ever had a repair that cost $10,000? I have had my transmission go out on my last car, and it was only $2,500 to repair. This is far less money than the depreciation on a new vehicle.

Some people believe that a new car will boost their self-esteem, which will positively impact their job performance, they’ll get promoted more quickly, and they’ll ultimately be on the fast track to success! Yeah….I don’t know about that. I’ve been working at my job for about 5 months now, and I think there’s only one person that knows what kind of car I drive! Unless your car is falling apart in the parking lot, most people won’t even notice it.

Also, if you’re borrowing money from the bank to buy a car, chances are you aren’t gaining any confidence whatsoever. Since you realize that you have debts to pay, you’ll most likely be more timid at your job (so you won’t get fired), which will ultimately hold you back. It will have the exact opposite effect of what you were going for. If you don’t understand this, you will when you’re debt free and have other avenues of income. There’s definitely less fear when you’re at the office, and you’ll make sure that your good idea will be heard. This is how confidence is built.

Are You Ready to Explore the Best Used Cars?

For those of you that believe in purchasing new cars, I hope that I’ve debunked a few of your reasons for doing so. Assuming I’ve been successful in my efforts to make you wealthy, let’s explore the cars that might be a little more suited for your budget. Plus, they have engines that are built to last.

Some of the above options are still quite expensive (better than they were brand new, but would still hurt your balance), so here are some other dependable, but cheaper options.