What Is The Rat Race? And How Do You Get Out? 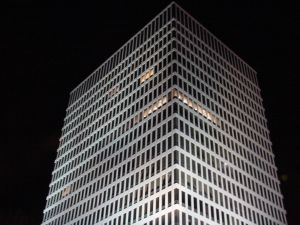 Do you know what The Rat Race is? Do you consider yourself to be part of it? Or, are you working hard to escape it?

When I was 20 years old, my eyes were opened to a whole new world of business: network marketing. I met countless people who had retired in their 20s and 30s because they built a business that continued to generate an income even while they were on vacation!

While the network marketing gig did not make me a millionaire as I had hoped, the experience helped me understand that there were other ways to earn an income today! But, while there are so many avenues to create wealth, so many still seem to pick The Rat Race…

The majority of people today earn their money by entering “The Rat Race”. They wake up early in the morning to get to work at a certain time, work incredibly hard so that their boss notices their efforts, hopefully get a promotion, and then they work tirelessly for their next boss, and the cycle continues until they peak at a certain level (not everyone makes it to CEO, just so you know).

Once you get a larger title, your friends may be impressed, and your earnings are most likely much larger than when you first started, but the only problem is, you still have to wake up early and work tirelessly. In fact, with more responsibilities, you most likely have to work longer hours each day! At this point, you are probably in your 40s and you realise that you are in “The Rat Race”. You feel like there’s no way out, so you just continue your career until retirement.

When I speak of The Rat Race, I’m not only talking about corporate employees, I’m talking about everyone that trades time for money: janitors, factory workers, computer programmers, dentists, doctors, lawyers, movie stars, and even professional athletes! Each one of these professions requires you to be actively working in your field to produce an income. Obviously, some of these professions make more than others, but without actively working each day, the money will most definitely stop coming in.

How Can You Get Out of The Rat Race?

For those of you that don’t like the direction your career is headed, you might be wondering how you can get out of this “Rat Race”? Many search for a new job with a different company, which is new and exciting for a while, but ultimately it’s still a time for money trade-off, and if you didn’t show up for work, you wouldn’t get paid.

Don’t let anyone fool you into thinking that an escape from The Rat Race will be easy, because it most certainly is not! It takes careful planning and a ton of effort, but I know that it IS possible! I’ve seen it done before, and I plan on doing it myself as well (I’m already well on my way).

Here are the steps that you should take:

1) Gain an understanding for your passion – since there is quite a lot of planning and effort that go along with creating your own business, you most likely want to have some enjoyment in the field you choose. If you don’t care at all about dogs, but you start a grooming business, you might even be more miserable than when you worked at your thankless job! If, however, you love dogs, you’d probably thrive as a groomer and love every minute of it! 🙂

2) Research similar businesses and study them – if you know of a business that is thriving and it’s similar to your passion, take time to study their operation. What makes them profitable? Why do their customers keep coming back? Do they have a niche that other businesses don’t? Ask yourself why they are succeeding and take note!

3) Systematize Your Idea – If you do not perform this step, then you’ll just work your way into another job with countless hours. Do you know why? Because without a system, you will be the magic, and if you’re the magic, your business won’t run properly without you. This means that you’ll be working 15 hour days to keep your business alive.

To give you an idea of what you’re going to want to accomplish in this step, you may want to read the E-Myth, by Michael Gerber. Within this book, there’s an example of a man that owns a hotel, and has become quite successful without having to juggle a million duties.

Instead of doing the work himself, he has made a clear system for all of his employees. They know exactly what they need to do in every situation because it’s in the manual! When someone checks in, you do this, this, and this, and at these times. With every possible question already answered in this manual, the hotel owner didn’t have to worry about the day-to-day activity, only the overall success and future of the hotel! 🙂

Are you making an effort to get out of The Rat Race? What have you done so far, and what do you plan on doing?