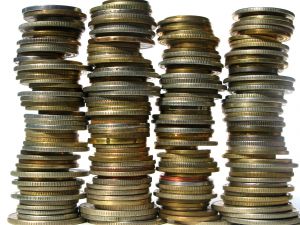 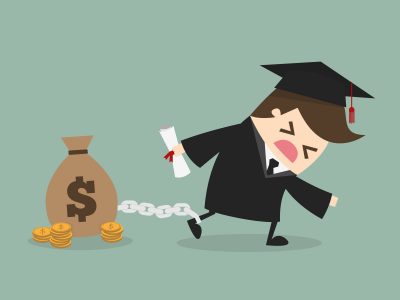 Katie recently emailed me about her amazing debt repayment story. In two years, she and her husband paid off over $86,500 in student loans! I was so impressed by these numbers, I asked if she would write me a detailed story about her experience. She obliged and sent the detailed account below. So here you have it — How to Pay Off Student Loans in Two Years…a True Story!

How to Pay Off Student Loans in Two Years

During our time in college at Ohio University, my husband (Aaron) and I both wrestled with what we wanted to do with our lives. I wanted to make as much money as possible, so I chose to pursue a business degree.

To our surprise, our lives changed quite a bit during college. By the time our senior year rolled around, we both decided on a vocation that neither of us thought we’d be interested in. We wanted to be full-time missionaries and work with a non-profit Christian missions organization. However, our excitement of finally figuring out how we
wanted to spend our lives after college quickly faded when we realized there was no way we could do this with the massive amount of student debt awaiting us as soon as we received our diplomas.

The Plan to Become Missionaries

Our salaries as missionaries would be provided through fund-raising and donations, and there was no way we could raise the financial support for our cost of living and our high student debt minimum payments.

For a college student, it’s a hard thing to finally decide your career and then be told to wait. People as a whole are not very patient, especially college students! We expect that the moment we graduate we’ll get our dream job, and we can’t imagine waiting. The idea that we needed to spend a few YEARS in other jobs paying our debt seemed
like eternity, but there was no other choice.

I got a job at a large financial institution in Columbus doing IT work, and Aaron got a job as an admissions counselor at a small university. We were still just dating right after graduation, and in our first few months, we weren’t able to pay anything to our debt. I previously had AWFUL spending habits and squandered the money I had
made from jobs and internships during school by shopping. I graduated broke, but with a great wardrobe! Aaron on the other hand, he was the saver. He was wise about not spending on things he didn’t absolutely need, which was foreign to me.

We anticipated that we’d need to work these jobs for about 4 years in order to pay off our debt. We starting paying towards our loans in September 2009. Once we got married in December and merged our finances and lived in one apartment, it became easier to figure out a set budget.

While Aaron is the saver, I like math and spreadsheets. I love them a lot. I made a giant spreadsheet detailing how much each loan was gaining in interest each month, I calculated our budget to the penny, and made a debt payment schedule.

Our motivation to get to spend our days doing the work that we felt we’d been called to really spurred us on to pay off our debt as soon as possible. Due to this motivation (and my lack of love for my job), my spending habits made a complete 180. I re-evaluated the things I thought I “had to have” and looked at what I needed. Aaron was really helpful, kind, and patient in helping me learn this.

We established a budget that allowed us to live minimally, still give to our church and missionaries, and put every extra penny to our student loans. We were putting all of my salary and part of Aaron’s toward our debt and then living on the rest. Any extra money that came along went to our debt too: monetary gifts from family, wedding money, work bonuses, tax returns. You name it, as soon as we got it, it went to our debt…we didn’t even act like it was ours.

It was exciting to look at our debt payment spreadsheet and see the payoff date move closer and see the bar on the bar graph raise as we wiggled our budget around to put more money towards our debt. I personally chose to put money towards the loans that were gaining the most interest monthly; that’s what worked for us. We also used
mint.com, which really helped me track my spending habits that were previously so out of control.

We paid off our debt on October 8th, 2011 ($86,554.85 to be exact), and we joined staff with the missions organization we desire to work with. We’re now in the process of transitioning out of our business jobs and fund-raising financial support to start work as full-time missionaries. It’s unreal that we’re debt free! It seemed so impossible at first, and we’re both so thankful to God for providing even quicker than we thought possible.

Key things that helped us get out of debt

Want to know the keys for how to pay off student loans in two years? Here’s what really helped us!

He gets all the credit. He enabled us to have the jobs we did and figure out how to be disciplined to tackle our debt.

We found the cheapest apartment possible in a safe area at $460/month.

Maybe this is a silly one, but it was big for us. There are things we want right after college, that we think will make us feel more grown up or like we’ve ‘arrived’ – new
car…flatscreen…

We cut things we didn’t need. I think smartphones are the coolest things in the world, but I used a dumb phone for the past 2 years instead of getting a smartphone. Also, we cut tv out – dvr was around $100 a month. I could have have my tv shows…or be paying our student debt longer. Also, I stopped shopping for fun. We each budgeted $25 a month for each of us to spend how we like. I had to plan when I wanted to buy something. (ps – the week after we paid off our loans, I bought a smartphone).

We had a very tangible goal and had an end date in sight. This helped motivate us and keep us focused.

For our faith, giving is an important part. Most likely, in the future, we’ll never be making the kind of money we were the past few years. We wanted to be good stewards with the money we’d been given and use it for others as well. It’s funny that normal human understanding would lead one to think that giving to others is not a good thing to pay off your debt. But God’s understanding says trust Me and still give, and watch how I provide even still.

7) A team of people rooting for you!

We had a team of close friends who cheered us on and frequently asked us how it was going and how much we’d paid. It was encouraging to celebrate with others.

When we got extra money, even $50, we’d put it to our debt. We could see it move up that pay-off date even sooner…so we loved getting to put in extra money.

How to Pay Off Student Loans in Two Years…You Can Do It Too!

All in all, it was a tough to put our desires on hold for a few years, but now we get to move forward with what we want to do debt-free. We’re both so thankful for the experience – we grew up financially. Originally we planned on living on this budget just temporarily…but now, we don’t feel like we go “without” at all. We’re used to it and
will continue to live the same way and try to be as wise as possible with any extra money.

Wondering how to pay off student loans in two years? It’s absolutely possible. Just get started!!