Move to the Country 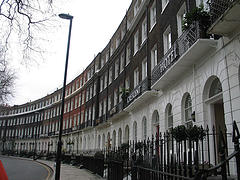 Since 2008 the UK housing market has been going through a protracted period of instability, one place, however, which has bucked the trend (and drops in value) is London, where certain properties have seen rises of 15.6% in value at the same time as equivalent houses have seen a drop by 16% in popular country locations.

The most extreme figures are for people who own significant homes, but the differential remains considerable across the spectrum. With mortgage prices at record lows, a quick glance at a mortgage calculator (such as mortgage calculator from Santander) reveals that a move to the country now could offer astonishingly low monthly repayments, high equity, and the possibility of cash left over to invest in redecoration (if you feel the need).

Experts suggest that one of the reasons for the drop of house prices in prime locations around the country is because in the economic uncertainty people are choosing to stay in London, which is perceived as “safe”. This is, almost certainly, a mistake, because in the next few years the gap between London prices and regional prices is projected to close sharply with house prices in the south east and south west projected to rocket by as much as 20%.

For the moment, however, there’s a little time to consider your next move before making it. We are now into the annual seasonal slowdown on the housing market, and short term projections seem to indicate that prices might drop a little further across the country before rebounding. However, even London is not immune to this drop in house values – with house prices dropping 1.6% across the last month, and if that trend continues, the gap between values in London against those in the country will start to shrink.

Finally, if you are considering getting out of the city, remember that the square footage of a house in London could yield exactly the same square footage in the country, plus a significant garden and off-road parking for 30% less. When you consider high value homes, some estimates suggest you could get 6 country mansions for a South Chelsea townhouse, and with increasing swathes of the country falling into London’s commuter belt, it’s definitely worth considering.

This has been a guest post. I hope you enjoyed it!