The Case for Gazelle Intensity When Paying Off Your Debts 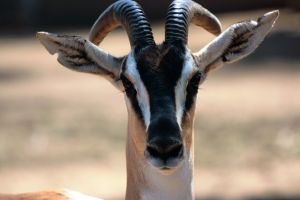 Gazelle intensity, in case you aren’t familiar with the term, refers to making sacrifices in spending as well as earning extra income to pay down debt as quickly as you can. Derek is clearly a fan of this method as he and his wife paid off $18,000 in debt in 14 months. My husband and I are currently in gazelle intense mode, and thus far we have paid off nearly $8,000 in 3.5 months. I am not going to try to sugar coat the situation; aggressively paying off debt is painful.

I once read that the best way to prepare a lobster is to put it in cold water and gradually raise the temperature to de-sensitive it. To add it to boiling water results in pain, but slowly increasing the temperature numbs it. Aren’t we like that with debt? We become numb to it and accept it. Our culture doesn’t help the situation; how many times have you heard that car loans are a necessity and a way of life? Many people also believe it is not possible to get through college without student loans.

Once saddled with debt, people often continue to numb themselves to the reality of how much money they are truly paying. Take my friend, Jill, who owes $65,000 in student loan debt. Her lender has generously given her 20 years to pay off the debt; she is looking for a job and working part-time, so she pays the minimum. At 6.8% interest, she is paying $496.17 a month. Over time, as she gets a full-time job and inflation takes its toll, the $496.17 may seem manageable to her. She may accept that debt is a way of life and make her payment each month.

Yet, by looking at the smaller picture, the monthly payment, Jill is missing out on the larger picture of the true cost of her debt. She is in her mid-twenties now; that debt will not be paid off until she is in her forties. In the intervening 20 years, she will probably marry and have kids. She may buy a house. Most likely she will find it difficult to get ahead financially because her monthly cash flow is impeded by her belief that debt is a way of life. What she fails to see is that by paying the minimum, she will pay $54,080.96 in interest! While she sees in her mind that she is paying back $65,000, she is really paying back a grand total of $119,080.96! She is paying almost as much in interest as she originally took out in student loan debt.

But what if Jill is different? What if she decides she doesn’t want to be shackled by debt and instead decides to become gazelle intense? What if she gets a full-time job and works additional hours at night and on weekends? What if she moves in with mom and dad to save on rent? What if she pays off this debt through hard work and discipline in only three years? Now instead of paying $496 a month, she is paying $2,000 a month. Now she is only paying $7,038.62 in interest over the life of the loan, and she is repaying a grand total of $72,038.62. She is saving herself $47,042 in interest. Just as important, she is increasing her cash flow every month by nearly $500.

Gazelle intensity is about sacrifice, discipline and hard work. It is painful. However, the rewards are well worth it. You can change your life and set yourself on a path to wealth. I would prefer that over living a “normal” life with debt, wouldn’t you?

This has been a guest post from Melissa at Fiscal Phoenix. Here, she encourages others to rise from the ashes of their financial mistakes as she is doing.