How He Retired At Age 30 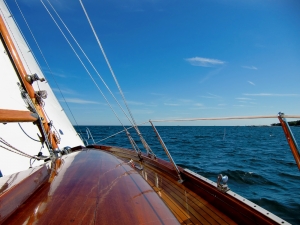 When you picture a retiree, they most likely have white hair, really high-waisted pants, and glasses that are thicker than Coke bottles, right? Well, let me tell you that retirement doesn’t depend on age, it depends on your cash reserves and your income (and often, your ability to pay down your mortgage – P.S.  a mortgage calculator is your friend in these circumstances). What if you were able to save up nearly $2 million before you reached your fifties? You’d retire wouldn’t you?

One man did exactly that. He saved up a wad of cash and retired at age 30! The big question is, how did he do it?

How to Retire At Only 30 Years of Age

MSN Money conducted an interview with Mr. Money Mustache and came up with the following details.

Fresh out of college. Escaped without an ounce of debt and found a job that paid him $41,000 a year. Housing costs were only $350 a month since he shared the expenses with friends.

He worked like crazy and got a raise – he was now making $57,600 a year, and started contributing to his retirement fund as well (about $5,000 at this point). He still roomed with his buddies and paid out only $350 per month for housing. There was a foolish decision in this year though – he bought a nearly new Ford Probe which set him back $16,000.

Got married (that’s an extra salary of $44,000/yr.) and got a new job again. He was now making a salary of $83,000. Together, they took some nice vacations, but they also put extra money toward the house mortgage, and they invested in their company retirement programs. Net Worth: $150,000.

Received a company bonus and his wife increased her salary to $65,000. They saved their money wisely again, living very modest lives and saving most of their income. New net worth after year 6: $365,000.

No bonuses or salary increases this year, but their investments were starting to take off. Net Worth: $490,000.

He quit his job and started a small house building company for his “semi-retirement income”. He earned about $50k that first year and his wife earned her regular income, but had to cut the year short on account of their first baby being born! Net Worth: $720,000.

She quit her job too! They decided to both be a stay-at-home mom and dad. They moved into a new house and rented out the old one, and they also picked up another rental property for some additional income (perhaps they got a buy to let mortgage for this one). He still works occasionally, but for the most part, both he and his wife are retired and loving life!

Can you see yourself following this plan? It doesn’t seem too difficult to me!