What is Wealth? Are You Wealthy? 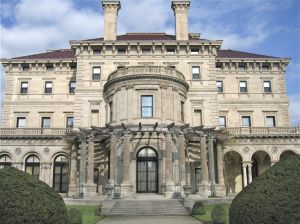 I hear this phrase all the time, “Oh yeah, he’s so wealthy, he’s got more money than he knows what to do with!” But what does it really mean? What is wealth? Are you considered wealthy if you own a bunch of property? What if you have a huge house, are you considered wealthy? Maybe you just need to have a wad of cash on you at all times. Let’s explore this term and decide what it really means to be wealthy.

What is the Definition of Wealth?

By definition, wealth is ‘a measure of the value of all of the assets of worth owned by a person, community, company or country. Wealth is the found by taking the total market value of all the physical and intangible assets of the entity and then subtracting all debts.’

While I don’t necessarily disagree with the above definition, I think it sounds incredibly similar to the definition of net worth (assets minus debts). To me, wealth is more than just dollars and cents. Sure, someone can own a nice house and exotic cars, but they might work 90 hours a week. What’s the point of owning a bunch of nice things if you can’t enjoy them?

I would define wealth has having a large value of assets along with a large number of disposable hours at your finger tips. Just think, what if you had all the time in the world and you had $10 million in your bank account? Now that’s what I would call wealthy!

Would You Call Yourself Wealthy?

Are you Rich with Money?

To answer the question of wealth, let’s first start out with the term, “rich”. According to Sam from Financial Samurai, if you earn less than $500,000, you’re not rich. Check out his income breakdown below:

I can safely say that my wife and I are not yet rich.

Are You Rich With Time?

The aspect of time is obviously much more difficult to gauge, so let’s just base it on hours worked.

I’m pretty sure that between my day job and my online ventures, I’m nearing poverty when it comes to my time. I most likely come close to working 70 hours per week.

Are You Rich With Money AND Time?

So, based on the charts above, how do you rank between your income and your time? To be honest, I rank pretty terribly in both money and time, but I don’t feel as though I’m that far away from “wealthy”.

Assuming that you’re able to save at least 20% of your earnings (remember, wealth isn’t all about yearly income, it’s about assets), I’d say that if you earn more than $200,000 per year and you work less than 40 hours per week, you are definitely considered wealthy.

What do you think? Would you calculate wealth differently? Are You wealthy?