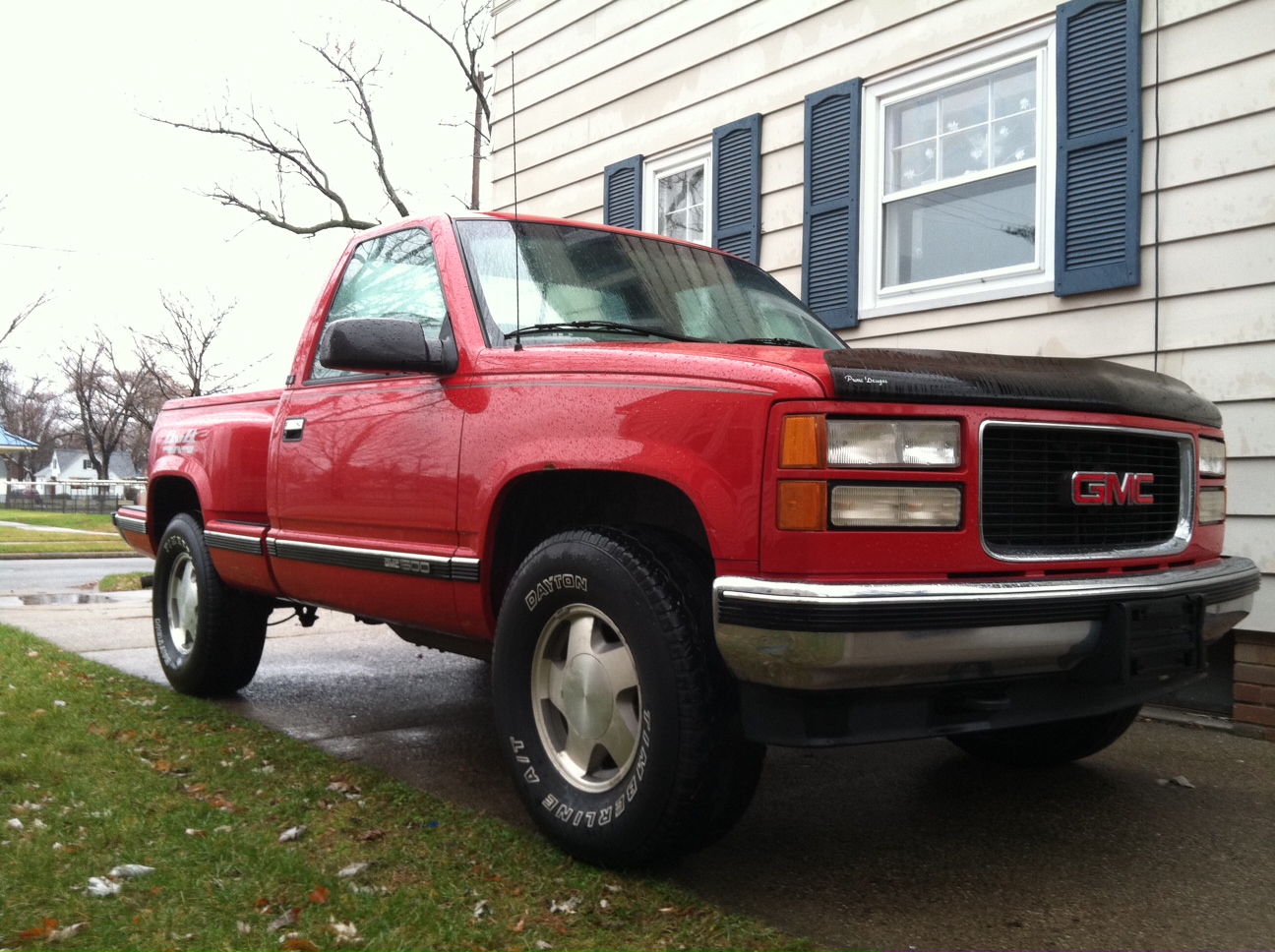 If you’ve been following my site for a while, then you’ll remember the day that I bought my 1997 GMC Pickup! This truck has been absolutely awesome. I’ve owned it for almost a year now and the only thing that needed replacing was the break line, which ran me $175. If I only had $175 in repairs each year on every vehicle I owned, I would be ecstatic!

The only drawback to this truck has been the tire wear. When I bought it last October, the tires were already quite worn, and I figured that I would have to put some new ones on before the snowy winter. Lucky for me though, it didn’t hardly snow and I never had to replace those tires! Well, now that I’ve put another 12,000 miles on them and we’re coming up on winter again, I figured that I’d better just suck it up and buy some new tread.

My Hunt For a Deal on New Tires

If you’re anything like me, you like to find a deal. Or, more pointedly, you just don’t want to feel like you got screwed on your recent purchase. So naturally, I turned to the Internet to find out how much these tires were going to run me. After visiting a few different websites for “discounted tires”, I realized that after the recycling of my old tires, and the installation and balancing of the new ones, I wasn’t going to be able to buy new tires for any less than $700.

How to Find Cheap Tires

Sure, brand new tires would most likely last me a few years, but a one-time cost of $700 didn’t sounds too exciting, especially if I decide to sell my truck soon after the winter season (which is a definite possibility since I’m doing more driving lately). So, just like many of my other deals, I turned my search over to Craigslist. I knew the size tire that I needed just by looking at the ones that were currently on my truck, so these are the numbers that I punched in: 265/75/16.

Initially, I found a few tires that might work, but then I realized that I would still need to take these to a shop somewhere to get them put on, which was still adding up to quite a large expense. But, what if I found tires that were already on rims?! I could change them out myself and wouldn’t have to pay an additional fee!

I altered my Craigslist search a bit: 265/75/16 rims. Lo and behold, I found rims that were identical to mine with the exact tire size I was looking for (and the tires still had about 70% of their tread left). The cost: $250. When I checked them out, the guy told me there was a slight leak in one of them, but it could easily be fixed for $15. With this extra cost, I offered him $200. He took the deal, and I had my wheels.

The Deal as a Whole

I know what you’re thinking, “Whoa whoa whoa, I thought you said you got your tires for $115? Well, remember the tires that were already on my truck? I’m putting these up for sale on Craigslist and expect to get at least $100 for them (remember, I can sell the rim and tires since I got a complete set of rims and tires myself). With my $200 purchase, the $15 fix, and the $100 sale of my current wheels, all in all, I only spent $115! 🙂 And, now I’m all set for at least 2 more years.

Sure, I could have just gone straight to the tire shop and got tires for $700, but my extra efforts saved me $575! I’d say that is completely worth it!

Have you ever found a deal like this? Do you think you’ll be hunting Craigslist in the near future?