Who Is The Superior Race? 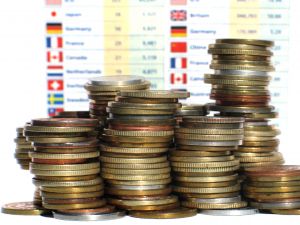 So who is the superior race when it comes to yearly income? Do whites top the charts with their earnings, and how much do each of these races make? Let’s dig in and see who earns the most and how they found themselves as the highest-earning race in the USA!

This year doesn’t offer us any surprises when it comes to various races and their income ranking, but I’m guessing that many of you aren’t aware that Whites are not the master race when it comes to income, and they haven’t been since the census started tracking it in 1987. Take a look at the chart below. Asians beat out the rest of the races with a median income of $65,129, and Whites follow them in a distant second at $55,412. Then it’s Hispanics and Blacks with $38,624  and $32,229, respectively. 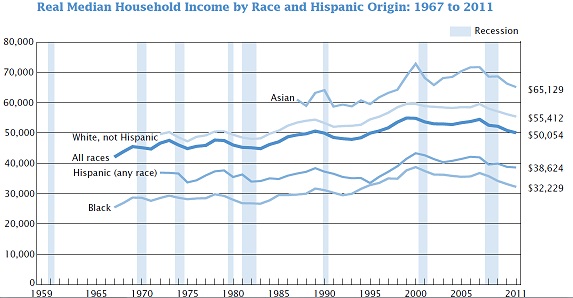 So Why Do The Asians Average More?

Since employers aren’t supposed to base their hiring decisions on race, age, or gender, what is it that makes Asians 15% more valuable than Whites?

1) The College Degree – More than 60% of Asian American workers have a bachelor’s degree compared to only 40% of Whites. This naturally earns them a higher income right out of the gate, both because they have that special peice of paper, and because a college degree can earn you a higher skill job, which means more income.

2) Career Women – We all know that women typically earn less than men because they’re believed to take more time away from work – both with pregnancies and because they’re tending to their young children during work hours. Asain women are breaking the mold on this stereotype though. They are hard-working, and provide no excuses for their absense. With their strong devotion to their career, employers are happy to hire the Asian race, both men and women.

3) Advantage of the Immigrants – It has become a known fact that immigrants are more likely to become extremely wealthy than those that were born and raised in America. The explanation is simple – non-immigrants don’t understand how huge of an opportunity they have here in the USA. Asians that immigrate into the US typically make far more than any other category because they know how lucky they are.

The Lasting Superiority of Asian Americans

It’s official. Asians make, on average, more money than any other race in the U.S., but will it last? In my opinion, almost certainly yes. The average White American is far too complacent today. And, on top of that, they believe that the government is in charge of their success. The sense of entitlement is astounding.

Asian Americans, on the other hand, seem to have far more drive than any other race. If they can’t find a job, they don’t just blame the goverment like a typical American citizen. They either continue to search for work until they are successful, or they make a job for themselves by starting their own business!

What do you think about the incomes of the various races in America? Will the Asian race