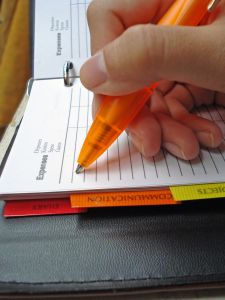 Over the past few years, my wife and I have found some relative financial security. We are still far away from reaching financial independence, but we are no longer wondering how we are going to pay for everything. As is typical with any other family that increases their income, we have slowly increased our expenses. I know it happens, but it still is hard for me to swallow. Every dollar that we unnecessarily spend is one less dollar that I can save and/or invest for our future.

As a result, I’ve started to look into ways in order to lower our household budget. I don’t want to do anything too extreme nor do I want to spend too much time and effort in trying to save a quick buck. Thus, it lead me to find easy ways to lower my expenses significantly. While everyone will have preferences on which sacrifices that they do and don’t want to do, here are several ways that you can lower your expenses without wasting your time.

Simple Ways to Save a Lot of Money

When I was growing up, our family had a car for each person that was over the age of 16. I’m sure this meant a huge insurance and car maintenance bill for my folks, but it was sure nice in high school. Now that I am paying the bill, I’ve started to re-think this way of living. Just recently, when I got a new job, we were forced to buy a 2nd car. We had a large enough emergency fund, but I didn’t think about how much it would hurt to pay twice as much for insurance and gas. We’ve already started planning when we can get rid of our second car and go back to saving a couple thousand dollars each year by having only one car.

When my wife and I were saving every penny that we could, one of the things that we were strict on was eating out. We limited it to once a month. Many of our friends eat our 2-3x per week. That’s nearly twelve times as often as us when we were trying to save money. Even if a family of two averages $10 per individual meal, that’s $240 each month eating out. Granted, you would spend some of that on groceries, but you can still estimate at least a thousand dollars per year by preparing most of your meals at home (and this is a conservative figure).

While I’m no handyman, a couple weeks ago our vacuum started smelling like burnt rubber. Since we’ve had the vacuum for several years, our first reaction was that it was time to get a new one. I hated the idea of paying several hundred dollars getting a new one, so I researched common vacuum problems. After just a few minutes, I learned that it was likely a bad vacuum belt. A couple Google searches later and I had a video showing me how to change it out. I ended up spending less than 30 minutes and just under $5 and we now have a working vacuum. I’m still ashamed that my first thought was to buy a new one, but I’m glad that I was able to save several hundred dollars with just a little bit of time. If families embrace this approach, I’m convinced that you can save hundreds or thousands each year.

Saving money, however easy or simple, takes time and effort. But, it doesn’t have to be “work”. In fact, as I have learned in the past couple of months, it can be quite enjoyable. Finding ways to save money without adding too much more work has been a new and exciting challenge to overcome. Not only is it fun, but it is also helping me invest more money and accomplish our financial goals  faster.

What are easy ways that you have used to save a lot of money?

This post was written by Corey, a staff writer from 20’s Finances.