Credit Card Roulette: A Free Meal or a Monstrous Bill? 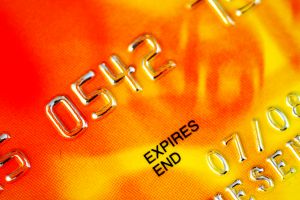 A few years ago, I was on a weekend camping trip with a bunch of friends. As luck would have it, a huge storm thundered in on Saturday and we were forced to cancel our hiking plans. With not much else left to do outside, we opted for exploring the nearby town.

As we meandered down the streets, it was inevitable that we’d become thirsty and hungry. After a fantastic meal, it came time to pay the bill. That moment was the first time I was introduced to the game of credit card roulette.

What is Credit Card Roulette?

While it’s clearly not as dangerous as Russian Roulette, credit card roulette can wreak havoc on your finances. Essentially, it’s a game where at the end of the meal when the bill comes, everyone puts in their credit card and the “lucky” card chosen is the one the entire bill gets charged to.

How to Play Credit Card Roulette

There are two ways to play the game. In one version, all of the cards are thrown together in a hat or bag and the server or one of the diners blindly chooses a card. The card that is chosen loses the game and has to pay the entire tab.

In another more exciting version (which is the version my friends & I played), the cards are still put together first. However, the next step is to choose cards one at a time. Those cards do not have to pay the bill—the last card in the hat or bag ends up the loser in this scenario and pays the tab.

Emotional Side of the Game

There are few words to describe the range of emotions witnessed during this game. From cheers and excitement for those whose cards don’t end up being charged to scowls and even tears from the losers, this isn’t a game for the faint at heart.

As someone who has lost a round of credit card roulette in the past, it’s safe to say that you’ll feel a pit in your stomach if you’re the one signing the bill. Luckily, I only had to pay for a round of beers for everyone, so my risk was much lower than if I would have had to foot the bill for the group’s dinner expenses (which would have easily been in the hundreds or thousands of dollars depending on the number of entrees, appetizers and cocktails that could have been tacked on!).

The Risks and Rewards of Credit Card Roulette

Obviously, the best reward of the game would be to end up with a free meal. Also, for those us who enjoy a good burst of adrenaline from time to time, this game certainly fits the bill (pun intended!).

But what about the risks?

First and foremost, if you’re going to take part in this game, you shouldn’t be in credit card debt or be struggling with overspending problems. You also need to ensure that you’re financially stable enough to be able to handle a random influx of spending. And it’s never a bad thing to prepare yourself for the worst—be ready to sign your name on the dotted line before the cards are chosen.

Yes, You Can Opt-Out

If you’re not in a financial (or even emotional) place to be able to handle playing, opt out! The beauty of this game is that it’s usually played with friends, family or close co-workers. You can simply excuse yourself from the game, pay for what you owe and sit back to enjoy the spectacle as the others continue to play.

There’s absolutely no shame in opting out. In fact, you’d probably be respected more for standing your ground (although you may be subject to a few bouts of heckling depending on who your friends are).

If you’re willing to take the plunge, use a rewards card and consider playing for a round of drinks (or lunch) like I did. There’s no way I’d play this game if a large group was dining out at an expensive restaurant. Even if I had a 2% chance of paying, I’d opt out because I know I’m not
comfortable with the required risk. A $700+ restaurant tab will never be my idea of fun!

Have you ever played credit card roulette?