House Values Rise – Is It Time to Sell? 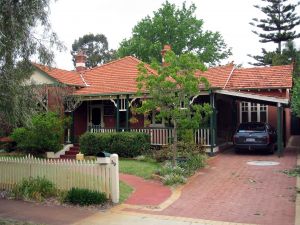 Have you noticed the increase in demand for housing lately? As a homeowner, I sure have. I bought my house in August 2011, which happened to be the best  time to buy when looking at home prices, and now I’m wondering if the housing market has reached a peak. So is it time to sell? Before I can answer that, let’s look at a few factors.

Why is Demand High Right Now?

There are a couple of reasons for the increased demand for housing recently.

1) U.S. citizens are becoming more comfortable with the economic recovery. There is obviously quite a long way to go for us to make a full recovery, but people seem to be more certain of their job security and their financial state these days. When these two factors fall into place, people begin to gravitate toward home ownership instead of throwing their money away in a rental unit. After all, home ownership is the great American dream, right?

2) The second (and perhaps most influential) reason for an increased demand in housing is the interest rates for home loans. The average rates for a 30-year home mortgage were as low as 3.46% back in January 2013, but more recently the rates have risen to 4.46%. With this rate increase, potential home buyers have suddenly become much more serious about a home purchase. Chances are that the rates will not go back down, but rather they’ll just continue to climb. So, the sooner they’re able to purchase a house, the better.

These factors have really contributed to an increased demand in housing over the past month or so. With this increased demand, and with an unchanged supply of houses, the amount that buyers are willing to pay for real estate has skyrocketed by 10% this year. I had a friend that found a great house to buy. They knew that there were other parties that were interested in the property, so they put in an offer that was $10,000 more than the seller’s asking price. Long story short, they still didn’t get the house. Because of the increase in demand, there were other families that bid an even higher price on that property.

Is It Time to Sell Your House?

As I stated earlier, I purchased my house in 2011. I paid $75,000 for it, and after nearly $20,000 worth of improvements the house is nearly complete in its renovation. With the recent increase in demand, I figure that I could put my house on the market for $125,000 and it may sell rather quickly. That would give me a nice $30,000 profit, which makes it incredibly tempting to sell! But, there are a few reasons why I might want to stick around in this house, and why you might want to keep your house off the market as well.

1) Future Gains – While it seems like the housing market is gaining in value rather rapidly, they home values are still not at the level that they once were in 2006. As far as the experts can tell, there is no sign of the bubble bursting on this market any time soon.

2) What to Do Once You Sell? – Yes, you might be able to get quite a lot of money for you house right now, but then what are you going to do? You’ll most likely be forced to buy another home that also has a high price compared to last year. So what is your net gain? Absolutely nothing. The only time you should sell is when you think the market has reached its peak value and will soon decline.

3) Location, location, location – One of the reasons you bought your house in the first place was probably its location. For me, I’m directly across the street from the park, a half a block from the local swim/exercise center, and only two blocks from the local hospital. The location is excellent and I might not be able to find another house with all of the perks that this one has.

4) Increased Interest Rates – More than likely, if you sold your house and bought another, you would need to reapply for a new loan. With the increased interest rates, you will be paying more for your new house than you would have for your old house.

There are obviously reasons not to sell your current residence, but what are some good reasons to put it on the market? As I mentioned above, if you think that the housing market will soon tank then it might be worth selling your house and renting a cheap property until the valued bottom out. Second, if you’d like your home to be more of an investment, perhaps it would be wise to sell your single resident home and purchase a duplex or quadplex so you can rent out the other available units in your complex. Finally, if you are considering a move to another area, it would obviously make sense to put your home up for sale when the market is hot.

So what do you think? Would you put your house up for sale right now?