Having Lots of Money is Hard…. 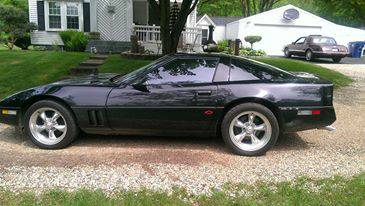 How much do you have in your bank account right now? Is there a comma in your bank statement balance or are you often hovering below that thousand dollar mark? As many of you know, I am now out of debt (for the second time) and am starting to build up my bank account again. While it’s nice having some money, it’s a little harder to hang on to than I initially thought it would be.

I wrote an article a few months ago that warned people about their “trigger number”. This is the amount of money when you really start to feel like you sitting pretty with your finances. For some people, this is a thousand bucks. For others, it’s $5,000. Once they hit their number, they start to get a little relaxed on their finances and start thinking about what they could buy with their new-found wealth.

Apparently, just because I own and operate a personal finance blog doesn’t mean that I am exempt from this “trigger number” theory. I have my temptations too. Lately, this temptation has been a 30 year old Corvette. There’s really nothing special about these Corvettes, but they are relatively cheap, and most importantly, I can afford to buy them with cash.

Looking For The Car to Flip

Really, I’m trying to find a car to flip before the winter, but I keep stumbling on these Corvettes. It was a 1984 black Corvette with chrome rims and a flawless body. I shouldn’t even have clicked on the ad, because soon I was convincing myself that I could buy this car for cheap and flip it…even though it’s almost winter….and there is pretty much no demand for these cars, which is why they are so cheap. If I bought it, I would almost certainly get stuck with it for the entire winter and then struggle to sell it in the spring.

Thankfully, I discussed this purchase with my family and they just blatantly told me that it wasn’t a good idea. I agreed and cancelled my appointment to look at the car. Ha, I can’t believe I even considered it, but that’s what happens when you start accumulating money. At a certain point, you just want to spend it! After all, spending money is way more fun than spending it.

Learn to Hold Onto Your Money

It was less than a year ago that I was poking fun of my friend. His plan was to spend $5,000 or less on a vehicle and was taking his time making the purchase. In fact, he took so much time finding that perfect vehicle that he kept building up his savings, which meant that he kept looking at more and more expensive cars! First it was $7k-$8k, then it was hovering around $10,000, and finally he found the car that he wanted…. for $13,000. Sure, he paid cash, but he could have found a perfectly good car for $6,000.

I laughed when I heard the story, but I can easily see how something like that could happen. Having cash burning in your pocket is difficult to hold onto! Hopefully I can continue holding onto my money and investing it wisely…

What do you do to make sure you don’t spend your savings?