Why You Should Refuse to Max Out Your 401(k) 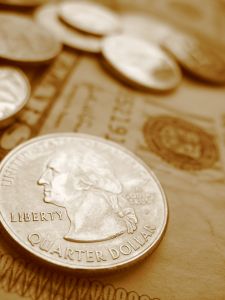 How often have you been told to max out your 401(k) or 403(b)? Well I’m telling you to not even try. Sounds strange doesn’t it? That’s because we have all been told constantly that putting money into your 401(k) is a good idea. Certainly, if you have the option to either put money into your 401(k) or to buy a depreciating asset such as a new car, then I would certainly say you should invest in the 401(k). But, there are quite a few alternatives that I would consider a better option than that 401(k).

Before you start cancelling your 401(k) investments, take note that I am not telling you to avoid 401(k) investing all together. If your company provides a match on your invested dollars, then I would invest up to that amount. For many, this match amount is 100% on the first 3% that you invest, which would equate to a total of 6% of your paycheck. There is nothing else out there that will immediately double your money instantly like a company match will.

So the big question you’re asking yourself is probably, “Why is it a bad thing to max out my 401(k)?” I have three answers to this question:

What Else To Invest In?

Well if you shouldn’t invest all of your money in your 401(k), what should you invest in instead? Personally, I have invested my money into this website (the initial cost was $44, and don’t worry, I have earned back that money) and continue to benefit from its monthly earnings. More recently, I have been trying my hand at buying and selling cars. A few months ago, I purchased a car for $5,500, fixed it up a little and sold it for $7,000. It’s not for everybody, but it is fun to earn a thousand bucks in 3 months time. I have also invested in my house, which was a steal as a foreclosure. By putting a little elbow grease into it, I have increased its value by more than $40,000. And, within the next year or so, I will be investing in rental properties – multiplexes to be specific.

So here is a summary of my investments:

Beyond this, I think it is wise to start your own business. I have an idea in the works that will take about 100 hours to set up, but has the potential to earn over $15,000 (which equates to about $150/hr). Do some brainstorming to find out what investments are right for you. Maybe you would like to start a business, or if that seems overwhelming to you, perhaps you could be an angel investor and give an entrepreneur a chance to make it big (for a certain share of their company of course). If their business takes off you could soon be rich!

Would you ever invest in something other than your 401(k)?