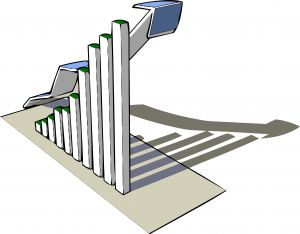 The United States economy took a dive in 2008. Since that time we have been promised a recovery, but do you feel like the economy has recovered in your home? Well, according to Ben Casselman, it depends on who you are.

With this recovery, there have been two main categories that have reacted quite differently. For those that have held a job for quite some time and are in the upper levels of income (over $50,000), the economy has recovered quickly and effectively. It has almost felt like there has been no recession at all.

For those that are younger and are in the lower income levels, they have felt the recession the most and they are still feeling it. It absolutely makes sense. There are a ton of people looking for low-skill jobs, and the demand for products and services are down as well. A high supply of employees and a low demand for products makes for low wages and few job openings.

Within the Wall Street article, they follow the life of a man that has worked at Burger King for the past 9 years. We’ll call him Mr. Bill Whopper. When Whopper started, he made $8 an hour. Since he has started, he has only earned one raise….for 15 cents. While he does still have his job, his pay has not changed at all since the recession, and his hours have been cut from full time to part time. In order for Bill to survive, he is forced to live with his brother (to avoid rent) and budget his money toward only food and clothing. It is no way to live, but since his recession has not ended, this is how he has to live.

I have been very fortunate in my life. It was difficult to find a job after college in 2008, but once I got into a large corporation and was able to prove myself, I have barely felt this recession at all. In fact, with both my full-time job and my website, I have increased my income by $45,000. But what if I wasn’t able to get my college education and experience? Well then I would be struggling just like Mr. Whopper.

Is the Recovery Being Affected by Obamacare?

When I read this article and process it, I can’t help but think that the Affordable Care Act has something to do with the lagging economy. I know of many local employers that are now cutting employee hours to part-time so they don’t have to mess with the new healthcare laws. In my mind, these changes are hurting those that have already been negatively affected by the recession – those that are young and/or in the lower income bracket.

What do you think?