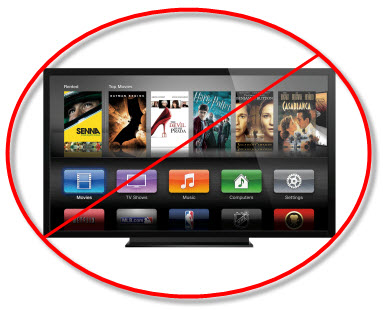 I know — that headline seems strange. What do “avoiding TV” and “saving money” have in common? You’re probably thinking: “I suppose you might save money by cutting your cable bill. And maybe you’ll save the tiniest modicum of electricity. But after that? How else can cutting TV help you save money?” Here are 9 other ways that I think that reducing television exposure can trigger good savings habits.

#1: Less exposure to advertising. Television programs are supported by commercials and advertising. Out of every 30-minute stretch of programming, 22 minutes are the show itself, and 8 minutes are commercials. That means you’re constantly exposed to commercials. I find when I watch less television I end up spending less money on things that I do not need. In the long run, this saves me money.

#2: I eat less. For some reason, I can’t help but snack while watching television. This leads me to spend more money on junk food I don’t need. I also end up spending less money on a gym membership because I’m not gaining weight. It’s a win-win situation.

#3: It helps me live in reality. I find it easy to get caught up in reality television. The images we see can make you believe that you need to live a more lavish lifestyle in order to be happy. The lifestyles of the Kardashians may appear perfect from the outside, but that’s a carefully-crafted image. Besides, their lives are their own business — it really doesn’t resonate with mine. Living in my own life keeps me content.

#4: I have more time. Instead of wasting hours sitting in front of the television, I have more time to cook food from scratch, shop around for better deals, and work on my career and business.

#5: I have a better body image. If I watch more than the usual amount of television, I will end up hating the way I look. After all, I can’t compare to these ultra-thin models. This makes me immediately want to rush out to buy makeup and clothing that I don’t need, in order to feel better.

#6: It gives you a clear mind. Television watching leads to a cloudy mind and makes it difficult to make clear decisions. It’s difficult to articulate exactly how this works, but I suppose the best example I can use is that “zombie state” that we can fall into when we’re watching a lot of television. (Advertisers play off this and try to get us to spend money immediately — that’s why they have those “call now!” commercials.)

#8: You will not expect your life to be like a fairytale. Television programming and movies often are a constant reminder of what we don’t have. When we stop watching television, our priorities change. We begin to see life for what it really is, and we are no longer caught up in a fairytale.

#9: You sleep better. Research shows the less time you spend watching television, the better you will sleep at night. When you sleep better you spend less money on expensive coffee and energy drinks. Those may sound like small-ticket items, but in the long run you can save hundreds of dollars a year.

Kennedi writes about food, fitness and beauty — on a budget! — on her blog. Read her post about eating healthy on a budget.