How I Made Another $650 by Flipping a Car 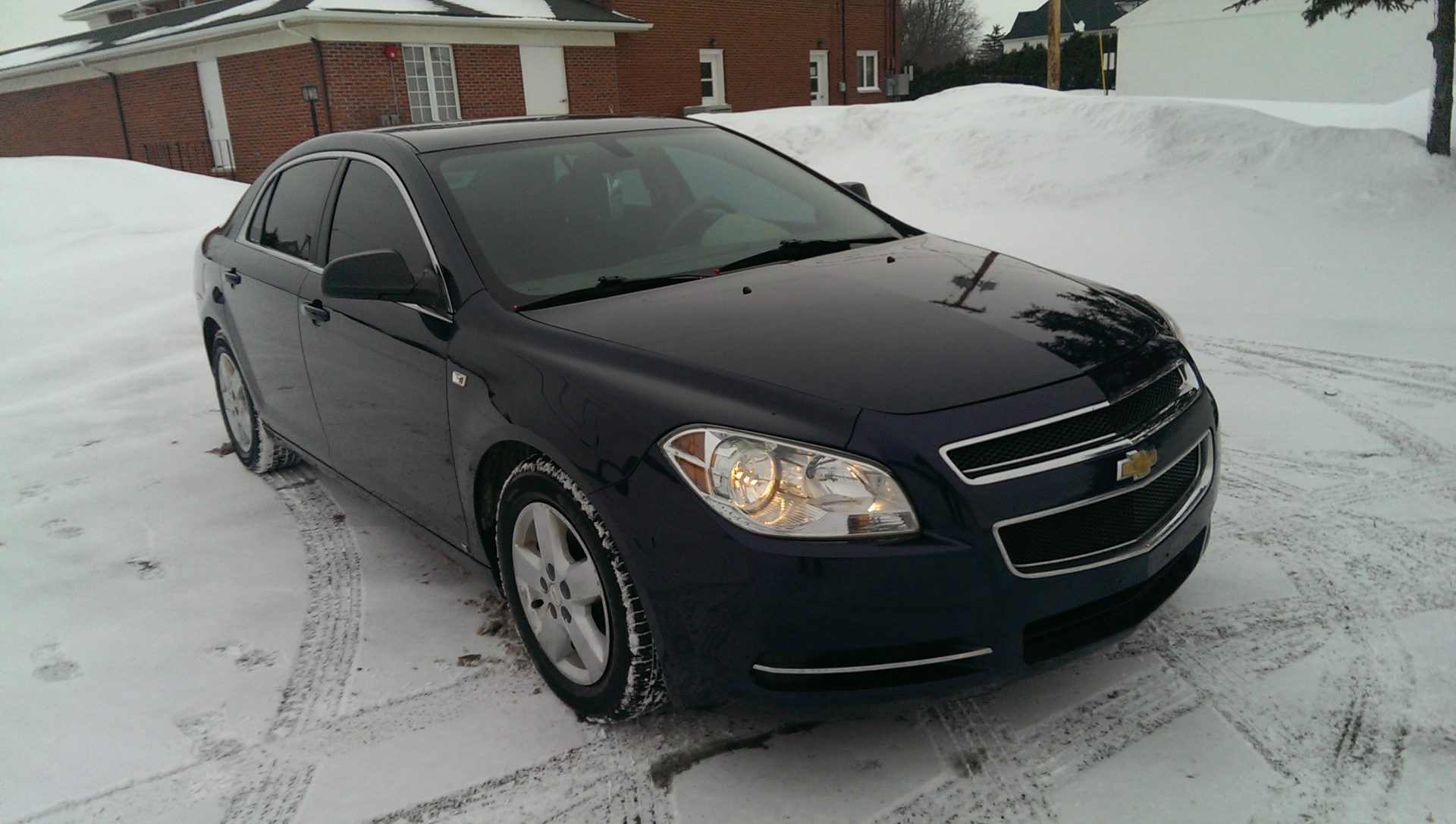 Have you ever thought about flipping a car? That is, buying a car with the intent to resell it and make money? This isn’t something that I intended to do on a regular basis, but when you never lose it makes it kind of difficult to stop!

If you remember, I purchased a 2008 Chevy Malibu LS for $4,900 at the end of February. Instead of listing it for sale right away, I spent some time cleaning it up and then decided to drive it and enjoy it for another week. This car is one of the nicest I have ever owned and it was a blast to drive. But, as with most cars, the high of the initial purchase wore off soon, so after one week I was ready to put this thing on the market and make a few bucks. 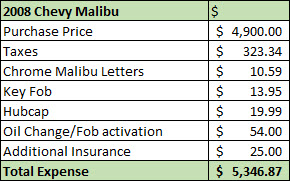 With any vehicle purchase, you must first pay taxes and register the vehicle. Then I had to get the oil changed, replaced a hubcap, and bought a remote door opener so that the car had great appeal to the public. After these necessary fixes, I had approximately $5,350 invested into this Malibu and put it up for sale on Craigslist for $7,200.

Even at $7,200 (which was a higher price than I thought was realistic), the response was pretty incredible. I received many text messages and phone calls, but there just wasn’t anyone coming to take a look at it. One of the main issues was the check engine light. This car was emitting a code

for the catalytic converter, which didn’t seem to harm the performance of the vehicle, but many people just get nervous with that light on. So, in response to this concern, I dropped the price to $6,900 and updated the ad to emphasize the brand new tires, the new key fob, and the reliability of the vehicle.

Again, the response was quite good, but I only had one interested party come to look at the car. At this point, it had been 3 weeks since I had listed the Malibu and was getting a little concerned. If I were to hold onto the car for another month, the chances would be greater that I would have to fix something on it, which would then reduce my potential earnings amount. And, it would only take one big issue to put my earnings into the negative.

The interested party was a single mom with her second kid on the way. She and her father were extremely nice and were overly thankful for allowing them the time to look at the vehicle. They left without making an offer, but told me that they had cash for the purchase (for whichever vehicle they decided on).

About one hour after they had left, they began to text me an offer. They kindly explained that my asking price was a little more than they were comfortable spending. They didn’t want to be disrespectful, but they felt they could only offer me $6,000. I thought about turning down this offer for a second, but then my heart got soft (maybe I shouldn’t be a car dealer later in life after all).

I had a great respect for these people. They were quite friendly. Plus, they were paying for this vehicle with cash! I loved that! I felt that I had to reward them for their wise decision not to finance a car. So, I simply agreed to their offer of $6,000 (even though I probably could have sold this car for at least $6,500). They came the next day with an envelope packed with hundred dollar bills, and I signed the title over to them. It was the simplest sale I have ever made and I am now $650 richer. Sounds like a win-win right? I thought so.

The car is sold and I am now back into my Honda Civic. It definitely isn’t a head-turner. But it is the most dependable vehicle I have ever owned and will be a great summer ride. Stay tuned for another car flip – I figure it’s just bound to happen again sooner or later. 😉

Do you think I should have held out for more money? Would you be content with a $600 gain?