What is Delayed Gratification and How Important Is It? 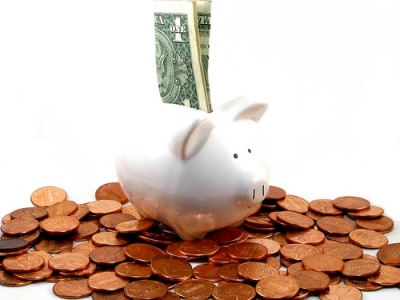 Have you ever heard of the term, “delayed gratification“? The term may sound a bit intimidating at first, but it is truly not a difficult phrase to understand. Simply put, it basically means that you avoid splurging today so that you can reap an even larger reward in the future.

Back in the late 1950’s, children (ages 4 to 6) were tested to see which of them could delay their gratification. Here is how the test went:

One child entered a closed room with a table and no other distractions. The adult that was leading the study had a single marshmallow with her and told the child that if he did not eat the marshmallow in the next 15 minutes, then she would give him a second marshmallow. The adult then left the room and viewed the actions of the child.

Apparently, kids really love marshmallows because the study tells of some kids pulling their pigtails, others kicking the table, and still others caressed the marshmallows (most likely with drool nearly coming out of their mouths). Ha, and there were some others that simply popped the marshmallow into their mouth immediately when the adult left the room. They wanted that marshmallow now! 🙂

The truly fascinating part of this study was when they checked up on their test subjects years later. As it turns out, the kids that waited for 15 minutes and received the second marshmallow actually did much better on their SATs than those that did not wait. In addition, as an adult, these individuals that waited the 15 minutes had a better understanding of future consequences based on their actions today.

Do you know people that just go out an buy whatever they want whenever they want? Sometimes they even decide to go into debt over it because they want it so badly. Their immediate decision makes them happy in the short term, but that feeling of excitement and joy quickly wears off and may even leave them with some pretty big payments each month.

I had a friend like this in my younger years. He had the brand new gaming system, a brand new car, a top of the line sound system, and all of the latest clothing fashions. Looking from the outside in, he had a fabulous life and was the envy of many of his friends. However, looking at him 10 years later, it is clear that many of his friends are now passing him by financially. Sure, he still has the fancy clothes and cars, but his bank account is always hovering near zero while the rest of us are putting money away for the short term and for our retirements.

If you cannot keep yourself from buying things immediately without thinking about the future consequences, you may have a very difficult future. I once heard this quote, which pertains incredibly well to this situation:

“When I was faced with a difficult decision, I used to always choose the easiest route and life just got harder and harder. Now, in my wiser years I have chosen to take the harder route and my life continues to get easier and easier.”

Sometimes it is best to ignore the shiny things in life. Quite often, they just lead you away from a prosperous future. Fortunately, I have been able to avoid many shiny objects in the last two years and my life and I can see wonderful things on the horizon. The quote that I placed above didn’t have nearly as much meaning when I initially heard it than what it does at this moment in my life. The quote is absolutely true. Make those difficult decisions and delay your gratification, and life will just keep getting easier. Sure, you might not impress your friends for a couple of years, but is it really worth ruining the rest of your life?

Are you working to delay your gratification?

Get Out of Debt Save Money