The Next Bubble to Burst – Be Ready 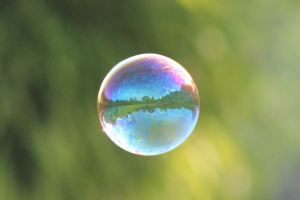 Do you remember the dot com bubble? Or maybe you are more familiar with the sub-prime mortgage bubble? Well, it looks like Americans still have not learned their lesson and there is another bubble that may burst soon: the U.S. auto loan market. Every quarter, the number of loans continues to escalate, as does the number of delinquencies, which if it continues, will can only mean bad things for the overall condition of the market.

Recap of the Housing Market Bubble

Americans never thought that the housing market bubble could burst. After all, out of all the bills that you pay, which one would you be most likely to pay? Your home loan. This was the thought of many banking institutions because no one wants to get thrown out of their house and be left living in the street. But, anyone that is offered a loan that extends their ability to repay will ultimately default on that loan.

This is what happened back in 2007. For years, the banking industry was earning great returns on sub-prime loans, so they just continued to relax their standards in order to lend to more and more people. Eventually, as we all know, this came back to bite them. Many of the borrowers that should not have been given a loan in the first place were getting behind on their mortgage payments and ultimately stopped making the payments altogether. The lending qualifications then tightened up again, which decreased the demand for housing, which then of course lead to the decrease of house values. When owners began to realize that their home was worth less than they owed, they suddenly weren’t as excited about making that home loan payment each month. Many let their homes slide into foreclosure, which drove housing prices down even further. It was a terrible spiral, but in my opinion, it is about to repeat itself – but in the auto industry.

The Auto Industry Bubble – Bursting in an Area Near You

Doesn’t it seem odd to you that nearly everyone at your office has a brand new shiny car in the parking lot? Even the interns seem to be driving much nicer cars these days. So how is it possible that all of the sudden (in the last 5 years anyway), we Americans have amassed enough wealth to buy up all of these cars? Well, as you may have guessed, we aren’t actually any richer. The only difference is the willingness of lenders.

Rather than limiting car loans to those that have a 700+ credit score and can pay off the vehicle within five years, auto lenders are now stretching their previous qualifications to include those that have a credit score of at least 550 and are willing to pay for the car over a 7-year term. Is this starting to sound familiar to you? Basically, the lenders (in an effort to grow their business) are loaning money to people that can most likely not afford it, but they hope to see their money repaid because of the love people have for their cars. Will this love truly keep people from defaulting on their loans? Personally, I doubt it – especially when that car is 6 years old and looks like a piece of junk compared to the new cars coming off the line.

I was absolutely floored when I recently learned the average car loan amount. On average, people borrow $27,000 for their new vehicle. That is absolutely crazy! But, the stats get crazier because the number of car loans is on the rise along with the average loan amount per vehicle (recent reports suggest an increase of 3% each year).

At some point in the near future there will be enough car loan delinquencies that the banks and other lending institutions will feel the pain of their lax qualifications, which will prompt them to tighten the reigns on auto lending, which will then reduce the demand for new autos, and suddenly the economy will be hurting again.

What Should You Do To Prepare For This?

When a bubble bursts, it typically means economic slowdown. Now, I don’t expect the Dow to plummet to $6,500 again, but there will be a recognizable slowdown in the economic growth of the nation. Since you can almost guarantee that this will happen, you should prepare yourself for the future opportunities.

When the housing bubble popped, the value of homes deflated over the course of the next 3 or 4 years. At this point, I was ready to capitalize on the low home prices and purchased my first home in August, 2011 for $75,000. Today, my house is worth $130,000.

With the auto loan bubble, there will be another slowdown in the economy, which will mean a decreased demand for many large ticket items. I suspect that housing values will take another slight dive (since many will not be able to afford a home purchase at this time), and I am going to be ready for round two.

At this current moment, I am paying off my mortgage and will begin to save some cash for my next real estate purchase (which I will then rent out). With cash, and in a lull in the economy, I should be able to purchase a home at a 30% discount. As the prices remain low, I will continue to buy properties with cash and increase my cash flow by renting them as I purchase them.

If you are not interested in buying rental property, then you should at the very least save up some cash and be prepared for whatever opportunity presents itself. It could be a cheap car, a business venture, or maybe a collectible of some sort. Whatever your interest is, be ready to buy it at a discount.

Are you ready for the U.S. auto industry bubble to burst? Do you think it will happen?