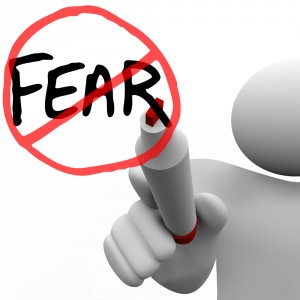 Did you know that your entire financial future can be summed up with just two emotions? Your purchases, investing, saving, giving, earning, and spontaneous spending, can all be explained because of a couple basic emotions known to each one of us. However, because many of us cannot control these two emotions, we end up unhappy and broke, but have a lot of stuff.

When student first graduate from college, they are met with one of the biggest challenges of their entire lives: finding their first career job. Sure, there have been jobs before, but those were just to make a few bucks here and there. That job at the car wash, the restaurant, or for that mowing service; those were just short term to pay the bills and to hopefully put some money toward that college tuition. When that diploma enters your hands, things are different. This is for real. That student suddenly needs to find open positions, interview, and ultimately decide if a job is right for them.

Unfortunately, because of the large student debt loads, many students enter the job market incredibly fearful. They head into interviews and attempt to act confident and deserving of the job, but in their minds they are saying, “Please please please give me a job! I’ll take anything. Just give me a chance!” They know those bills will soon be coming in the mail and they had better start making some money soon. Because of this fear, they decide that the type of job isn’t all that important – they can always switch jobs later in life.

Once the student starts earning those checks, greed begins to kick in. Since they have been living on Ramon noodles and peanut butter and jelly for the past five years, splurging here and there doesn’t sound like a bad idea. 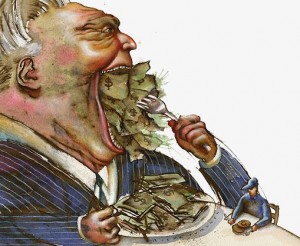 Typically, the splurges start with a new car. After all, that old car you drove around at college was embarrassing! You figure that you’ve worked hard and deserve the upgrade. After a few more months (once the high of your car purchase wears off), you begin to look around your apartment and decide that you live in a crap-hole. You have a solid job now and are earning a consistent income, so why not upgrade yourself to a house? So, that’s exactly what you do. You borrow some more money from the bank and you purchase your very own house.

You now have three fairly large bills coming your way each month: your car payment, your student loan bills, and your mortgage. Your greed has prompted you to buy things that you didn’t really need. It would have been wise for you to keep driving your college car for another year or so, and you should have probably waited before you splurged on that house purchase. Sometimes greed gets the best of us, but this doesn’t only happen in our younger years. It happens later in life as well.

Soon after college, you have seen one cycle of fear and greed, but this ends up happening again and again throughout our lives (especially if we are not aware of this cycle). After our initial greed takes over and we find ourselves in debt, fear strikes us again and we make less risky moves at work, fearing that we might lose our job if we rock the boat to much.

Instead of pushing for a big promotion or switching companies to a new fabulous job, we might choose to stay in our current position and just take the standard 2% increase each year. After all, we need to keep paying those bills.

However, when we get our increase at work, greed gets the better of us again. Instead of only having $100 left at the end of the month, we might now have $150 or $200, so we unconsciously start looking for another toy to make payments on. We end up buying it because we’re greedy and always want more, and then we revert back into our fearsome selves, just so that we can be sure not to lose any of it.

What If We Stopped the Cycle?

I have been diving pretty deeply into the study of student loans lately. Let’s just say (however impossible you may thing this is) that a student could get through college without taking on any loans whatsoever. Upon graduation, they likely have a lot less fear about finding a job than their debt-laden roommate, right? I would think so. This would lead to more confident interviewing and a more selective approach when considering their first job. With no debt, their fear would be minimal.

Then, if this person were taught about this cycle, perhaps their mind would grow stronger and their greed would subside. If they don’t immediately buy that new car or new house and keep their greed at bay, then they should have very little fear of their future with the company as well, right? This will enable them to follow their dreams, take risks, and ultimately come out much further ahead financially, and more than likely much happier as well!

If you are finding yourself in the middle of this cycle, think about downsizing your house, selling one of your newer cars for an older one, and getting rid of things that you haven’t used in a while. Instead of constantly thinking about your wants, start to think about the needs of others. Not only will this approach change your life, but it will likely allow you to positively affect someone else’s.

Is your life constantly dictated by fear and greed?

Battle of the Mind Credit Cards Get Out of Debt Money