I Bought a New Car to Flip! 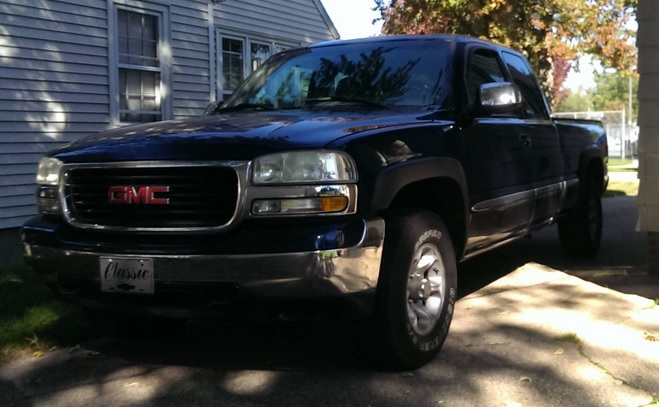 For those of you that are unfamiliar, no I am not intending to literally flip my new vehicle purchase (as in toss it end over end into the ditch). Instead, from time to time I find a car that is super cheap that I would enjoy driving around for a while. In the meantime, I clean it up, fix a few things, and then sell it for more money than I paid for it originally (at least that is always the hope).

I flipped a truck last year and it was a nightmare! But, I still ended up making about $600 on it. A few months later I found a newer Chevy Malibu for only $4,900 and ended up selling it for a $650 profit. Those profit margins have been nice, but this time I am hoping to do even better.

How I Scored This Ride

I woke up lazily at 7:45 Saturday morning, took a wiz, then crawled back in bed, thinking about closing my peepers for another half hour or so. I had nothing planned for the day and that bed was still looking pretty nice. As I laid there snugly under the covers, I perused Craigslist for deals on local cars (as I do quite often). For the past month or so, I have been looking for a deal on a 2000 GMC Sierra (I even thought about driving to Kentucky for one that I spotted last week!). As I lay there in bed, my eyes suddenly opened wide as a 2001 GMC Sierra was staring me directly in the face!

It was a navy blue four wheel drive V8 with only 160,000 miles (these things will go at least 250,000 miles if you take care of them) and the price tag was only $4,200. I immediately called the number, hopped out of bed and started driving toward this beauty of a truck.

After a few wrong turns and an additional phone call to the owners, I found the Sierra in all of its glory. It looked pretty much as solid as the photos, but there were a few imperfections:

After pointing out these flaws, the owner was willing to budge on the price a bit (I’m not entirely sure why, because his phone was ringing off the hook with others that were interested in the truck). I offered $3,600, he countered with $3,800, and I agreed.

Here is a photo of my new beauty perched in my driveway.

Alright, so how much can I expect to make off of this purchase? I bought this truck for $3,800 and after paying taxes and the plate transfer fees, my total cost was $4,000.

According to Kelley Blue Book, this truck is worth $6,800. If there were absolutely nothing wrong with it, I could put no money into it and sell it for a $2,800 profit (in theory). But of course, this would just be too easy. 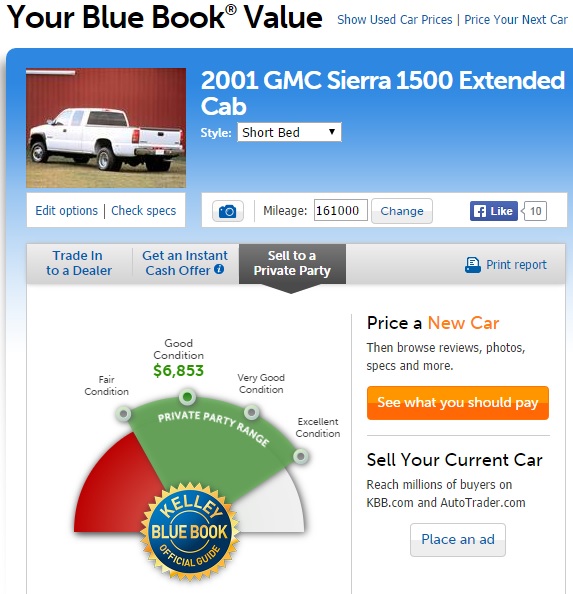 To get the ABS brakes fixed, the worst case scenario would probably be about $500. I would then order a few other small parts and pieces that will probably total about $100. And just to be safe, let’s add another $400 for incidentals (you know, those costs that I don’t foresee now, but will end up rearing their ugly heads prior to the sale of this truck).

So what do you think? Do you think I’ll earn some money on this purchase? Have you ever bought a car to flip?