Paying Off the Mortgage: Failure or Success in September? 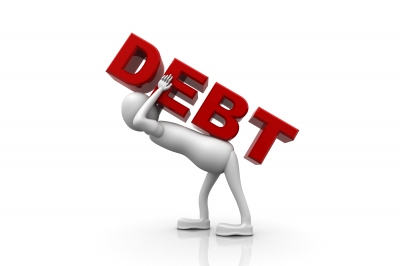 Well we are getting down to the wire now. September is finished and there are only three months left to make this mortgage disappear within 2014! At the beginning of the year, I was indebted to the bank to the tune of $54,500 because of my mediocre home (according to society’s standards anyway – I think that it’s quite lovely) in West Michigan.

It wasn’t really a New Year’s resolution, but it just so happened that I had the thought of becoming completely debt free toward the end of December last year. And, after crunching a few numbers, I figured that it might be possible to pay off the remainder of my mortgage within just one year! And so, this crazy journey of paying off the mortgage began. Here is what I have been able to accomplish so far:

In the first 8 months of the year, I was able to pay down my mortgage by $27,844. This has been an amazing feet so far, but unfortunately I am lagging behind in my goal to make the entire $54,500 payment within 2014 (take a look at the chart below). As you can see, everything was going swimmingly until July and August. In these months, I did not earn the amount of income that I was previously used to in the earlier months, plus my tax payment came due on my house. Due to these setbacks, I knew that I had to come back with a strong September. 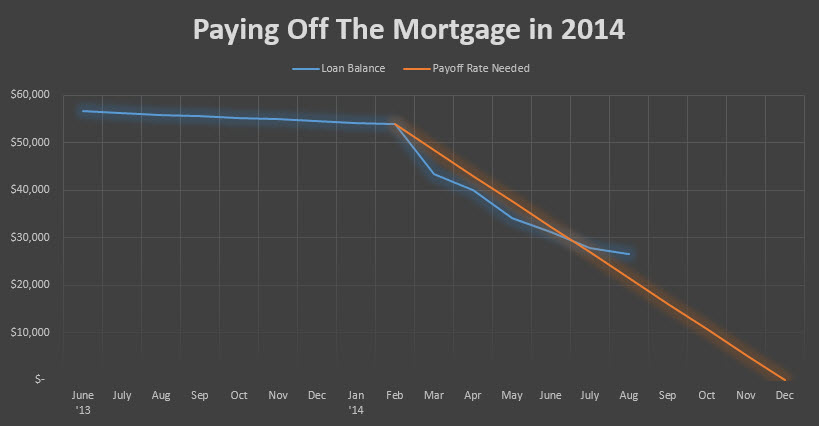 The Story in September

September was actually an excellent month. In order to keep this mortgage payoff a possibility, I figured that I needed to put about $2,800 toward the mortgage. Due to a very frugal month, I was actually able to save up $3,000, which would have exceeded my monthly goal, except… I found a steal of a deal on a 2001 GMC Sierra truck (click the link if you want to read about how this all came about). So, instead of putting $3,000 toward my mortgage in September, I instead opted to spend $4,000 on the truck for a potentially greater payment in October or November (whenever the truck sells that is).

This Makes For a Potentially Amazing October

Before this whole truck purchase came about, I was already planning on having quite an excellent payout in October. For you see, October just so happens to be a triple paycheck month for me (when getting paid every two weeks, it happens occasionally that we actually get paid three times within one month). My planned mortgage contribution was $4,000. But, if I happen to also sell the truck in October (hopefully for at least $6,000), then I might just be making a $9,000 contribution to the mortgage (for all you math whizzes out there, try to keep your head from spinning for a moment – I will probably have $1,000 in expenses on the truck, which brings my total down to $9k instead of $10k)! 🙂

So at the end of October, my mortgage total could potentially be down to $17,656. Then, with two months to go, this total will likely drop to around $12,000. And, since I have $15,000 just chilling in my bank account, my mortgage will be as good as slain!

Hopefully, the truck flip will be a success and will aid in the completion of this mortgage payoff in 2014!

I’m starting to feel like I’m going to make it! Keep your fingers crossed for the truck flip!