4 Huge Myths of the College Degree 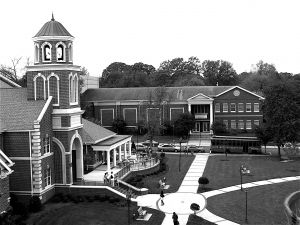 Do you realize how much hype surrounds the college degree is today? Students are flocking to universities of all kinds with the hopes of becoming successful, but in reality they know absolutely nothing about their own interests, the university they chose, or the clout of their chosen degree. There are many myths of the college degree and many students fall prey to them. These myths leave them jobless, broke, and emotionally defeated. Learn to dispel these myths and learn the truth about the college degree. It may mean the difference between success and defeat.

4 MYTHS OF THE COLLEGE DEGREE

The myths below all seem logical, but in reality they are 100% dead wrong. Let’s put these myths to sleep today.

1) My degree will earn me a high-salary job

A few decades ago, earning a college degree was nearly a guaranteed ticket to a great office job with a high salary, and a Master’s degree landed you a seat in management. Today, neither of these degrees come with guarantees – mostly because there is so much competition today. Did you know that 66% of high school graduates continue their education to the college level? A college degree no longer sets you apart from your peers. There are simply too many others earning similar degrees.

The sharp rise in college graduates have led many to work in lower paying job. In fact, a staggering 50% of graduates are working jobs that don’t even require a degree. The job market is so saturated with degree earners, there simply aren’t enough high-paying jobs for all of them. Choose your degree carefully and do your best to research the current market demand for your major.

The average college students graduates with nearly $30,000 in student loans. Many students just assume that this is the way it is, so they continually apply for loans and rack up more and more debt. But college does not actually require any debt whatsoever! With a little preparation and some hard work through high school, even an average student could earn a free ride through college.

Take Kristina Ellis for instance, she was a pretty standard ‘B’ student, but has won over $500,000 in scholarships and has never paid a dime for school. Make up your mind to earn your degree without any debt and it can certainly be done.

3) It’s the only way to become a success today

In order to be successful today, parents have consistently preached the message, “Go to college and get good grades to get a safe secure job.” To be frank, this wisdom is just plain stupid.

From Myth #1 we already know that a degree is no guarantee of a high salary. In fact, it’s not even a guarantee of a job as nearly 9% of college grads are unemployed. To claim that it’s the only way to be successful is just plain ignorant. What about Michael Dell, Mark Zuckerberg, Steve Jobs, Richard Branson, or Bill Gates? These are some of the wealthiest people in the world and not one of them has their college degree.

And, even if you don’t aspire to start your own business and become wealthy, there are still plenty of well-paying jobs that don’t require a degree: real estate broker, air traffic controller, plumber, pilot, radiation therapist, construction manager – the list could go on and on.

Just because a college is expensive does not mean that it will earn you more money in the workplace. Many times, state universities are cheaper than private institution and actually hold more clout after graduation. And, if state universities are still too expensive for your budget, consider starting your education at a community college. The tuition is typically cheaper and classes are often easily transferrable to nearby universities.

Be smart with your college selection; it could mean the difference between drowning in debt and getting a successful jump start in Corporate America.

Don’t believe the myths of the college degree

The myths of the college degree will likely continue for many years, but do not be the sucker that believes them! Keep your debts low and earn a degree that is in high demand. Smart planning before and during college will make all the difference when it’s graduation time.

Did you believe any of these myths when you were in school?