How to Succeed in Life: Never Stop Asking Why 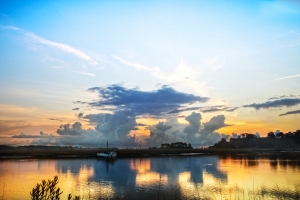 Ever try to talk to a kid that’s in his “terrible twos”? Typically, it goes something like this….

Kid: “Mr. Derek, why are you wearing a sweater?”

Me: “Because there wasn’t very much cloud cover last night”

Me: “Because there wasn’t much water vapor to make them”

Me: “Probably because we got some wind from the north yesterday”

To be honest, it’s pretty annoying to talk to a kid that continually asks why, but this is the age where they learn a TON, and it has a lot to do with that simple three-letter question, “Why?” Consider the above mock conversation that I conjured up. Before talking, this kid didn’t know that much about cold and warmth, and just one minute later he discovered that in the winter time it gets colder when clouds go away, and that they can appear or disappear depending on wind conditions and water vapor. Now that’s a pretty impressive one minute! And all he had to do was stare at me and ask, “Why” a few times. And, somewhat surprisingly to many, this is an important skill for how to succeed in life, even as an adult. 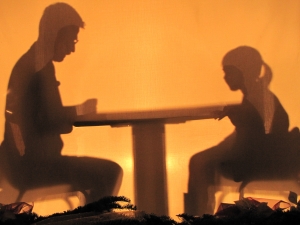 The Great Tragedy: When Kids Stop Asking Why

As kids get older it becomes increasingly less acceptable for them to ask “why” all the time. Teachers instruct students to be quiet and to listen in order to learn what’s taught. If the student continually asks why, they will likely be thought of as disruptive and may even receive some punishment from the school teacher.

Students are also discouraged from learning by their peers as well. Those that ask questions are often labeled as stupid and made fun of. Within the classroom it’s often best not to ask questions. It makes school life a heck of a lot easier among other students.

Once kids are through the first grade or so, they pretty much understand that they should just keep their mouth shut if they want to fit in and hold onto a few friends. And, in order to do well in the class it’s best to quietly learn what the teacher instructs you to learn, and to regurgitate that information back onto a piece of paper a few weeks later. Learning something new beyond what is taught is not rewarded.

Kids that think beyond what is taught are often considered dreamers that are continually told they will amount to nothing. However, many of these so-called “dreamers” are just unafraid to ask “why”. Instead of thinking within the structured teachings of the classroom, they often think outside of the box, allowing their minds to run free and consider things that have not yet been considered, not yet attempted, and often criticized.

Each one of these men were dreamers. They were often thought of as trouble-makers and underachievers by Academia, but individuals like this are the ones that take our world to new heights and introduce new eras. Want to know how to succeed in life? These dreamers can tell you. Just never stop asking why, and continually explore the impossible.

How to Succeed in Life: By Simon Sinek

One of my absolute favorite Ted talks is by Simon Sinek titled, “Start With Why.” Many of you are probably familiar with the video, but if you haven’t yet seen it, I encourage you to take 18 minutes out of your day and watch the video below.

One of the more striking moments of Simon’s talk was when he was illustrating for us the difference between Apple (an amazing success story to date) and other companies that had a great idea, but were utter failures. The failed companies often introduced their product by answering the questions “what” and “how”, and their quick pitches often went something like:

“Here’s our new car. It gets great gas mileage, comes in a variety of colors, and will warm your drinks for you. Want to buy one?”

Not very inspiring. Sure they informed us of what it was that they were selling and told us some positives about it, but none of it was moving to say the least.

Apple, on the other hand, went about marketing their products in an entirely different manner. Instead of simply stating what their product was and how it was different from that of the competitors, they started their message with “why”, then moved to “how”, and then to “what”:

“Everything we do, we believe in challenging the status quo. We believe in thinking differently. The way we challenge the status quo is by making our products beautifully designed, simple to use, and user friendly. We just happen to make great computers. Want to buy one?”

How to Succeed in Life: Never Stop Asking Why

When Simon gave this Ted talk, he was catering it to the actions of companies. But, I think this message can be extremely powerful for both you and I, and for any other human being on this earth for that matter. The secret for how to succeed in life lies within one simple question: why.

Why do you do the things you do? Have you ever asked yourself this throughout one of your days? Why do you work in the field you do? Why do you work for that particular company? Why do you create a hectic day for yourself carting kids around from place to place? Why do you watch two hours of TV each night during the week? 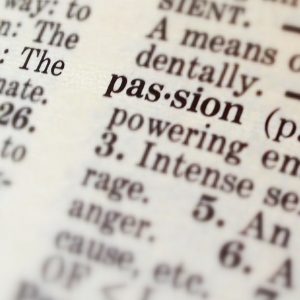 Do you have answers to each of these questions? If not, then perhaps you need to take some time for yourself to explore what it really is that you believe. Perhaps you work for your company because you were hard-up for a job three years ago and they were the only ones that extended you an offer to work. It really isn’t your calling and your views don’t necessarily align with the company’s, but that’s just where you landed, you know? Now THAT is one TERRIBLE reason why! Hopefully this isn’t the reason why you do what you do.

This blog was started on a whim. At the time, my “why” was self-serving. I wanted to earn money so that I could move back home without zeroing my bank account between jobs. Sure, I liked to teach people about personal finance, but my end goal was for myself. Naturally, the site tanked after a few years and I had to retool. Since then, I realized that I really didn’t need the income from this site and I truly did have a passion for people! As of about 6 months ago, my “why” was transformed into making a difference in as many households as possible in the area of personal finance. I want to help people get out of debt, to actually have a savings account, and to eventually have control over their money rather than having it control them! Everything I do today revolves around this premise and my website has been booming because of it. When you shift your focus from the what and how and instead concentrate on the why, it can quite simply transform your life!

I know it’s easier said than done, but if you decide to work for a company, then you really need to work for one that you have a passion for, and filling a need in an area that you excel in. If you have heart for young children in poverty and have the gift of communication, then why not seek out a company that sends food and care for the orphaned and homeless? Why not put in an application to the fund development department and explain what it is that you can do for them? Instead of walking into work like a zombie, you could be passionately running into work, excited about what you could accomplish that day!

If you want to know how to succeed in life, you simply need to stop and ask yourself why you do the things you do. If you cannot give a passionate answer to your question, then perhaps it’s time to retool and find your true reason why!

Have you ever wondered how to succeed in life? It all starts with “why.” What is your why?