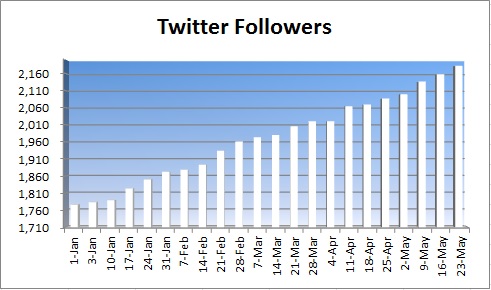 After reading dozens of posts this past week, I have saved the best for you, my faithful readers. Have a look and enjoy four of the top articles that I have read this week:

3 Weeks After Quitting My Job – by Living A FI – This guy has officially saved enough to quit his job and become completely financially independent. And, his wife will quit her job in the summer. This is an amazing accomplishment and makes for some fascinating reading.

What I’m Teaching My Son About Money – by Mr. Money Mustache – MMM and his family spend a total of $25,000 a year and live solely off their investments. His son, who is 9 years old, has a growing curiosity about why his friends’ parents go to work, but his don’t. This post is a great account of how his parents are intentionally teaching their son about money and what it could do for him in the future.

My Best Early Retirement Advice – by Retire by 40 – When a guy retires before his 40th birthday and offers up his best advice, it’s best to read it, study it, and take action on it. Yeah, like, right now. Go read it.

Why Frugal Living Will Only Get You So Far – by The College Investor – Robert made the exact point that I did on Friday. Sure, it’s great to save money here and there, but it’s not the end all be all in becoming wealthy. You’re going to have to put a little more thought into life than clipping coupons if you want to retire wealthy.

It’s almost the end of May, which means that we are getting close to halfway done with this year (just one more month). That’s kind of scary to think about. I have been working pretty tirelessly on these goals, and I have definitely seen some results, but will they be enough? Well, let’s check out where I’m at vs. where I want to be.

My goals are to, by the end of the year:

Because of a spike in my numbers a little over a month ago, my visitor numbers did soar to over 41,000 in one 30 day stretch, but I knew this wouldn’t last. It was just a one-time occurrence that was bound to come back down after those spikes extended beyond my 30-day measure. However, there was definitely some good that came from that spike – like an increase in subscriber traffic, social media traffic, and search engine traffic. This one article caused the spike for sure, but it also meant that my numbers would not go back down to the level they were at before.

Before the jump in visitor numbers, my largest 30-day visitor total was 14,400. At this point, after the spikes have gone off the radar, I am now still recording 16,924 visitors. Boom – that’s over 2,000 more than just a month and a half ago, and it keeps me above my goal of 15,000 visitors that I was hoping to hit by December. As long as I can keep the numbers up, consider this goal accomplished. 🙂 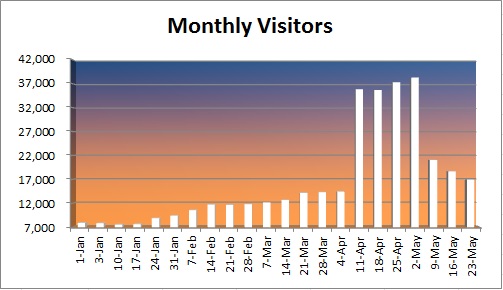 I think I got a little too cocky a couple of weeks ago when my Facebook friend total jumped by 6 people in one week. Wouldn’t you know it, that the total has only increased by 2 people over the last two weeks?! Apparently I didn’t figure much out after all… At this current moment, I have 637 Facebook friends. Good, but not great. 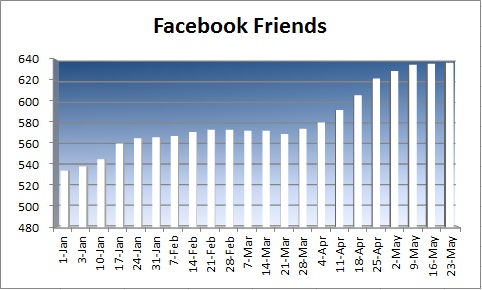 My Twitter follower numbers are still going up nicely – now at 2,182. After I broke the 2,000 barrier, adding followers hasn’t been all that difficult. Now, it’s not like I’m adding thousands per week, but I am consistently adding about 25 or so each week, which isn’t all bad, and my followers are quality friends, not just a bunch of robots. So I’m feeling pretty good with where I’m at.

Boom. I love the subscriber chart below. A couple of popular posts certainly helped increase my subscriber numbers, but in the last few weeks I have consistently been adding between 10-20 new subscribers each week. I can probably thank two things for this: quality articles and a free eBook incentive for those that subscribe. I can’t wait to see what comes in the future! 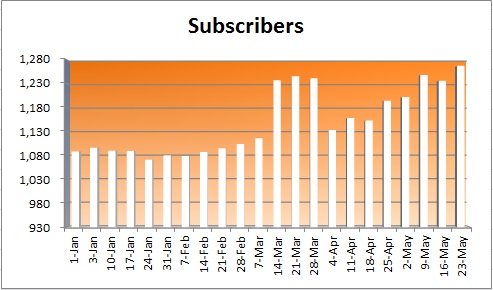 This year has been fun so far, but there are still plenty of things to do and plenty of goals to accomplish! Stay tuned for the next big thing!