What is Forex Trading? What Are the Pros and Cons? 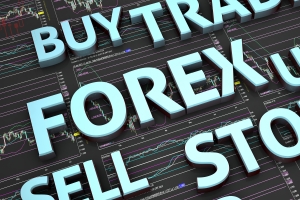 Have you ever heard of Forex trading before? It goes by other names as well: FX trading, foreign exchange trading, or just plain currency trading. At its most basic form, Forex trading is simply trading one currency against another in the hopes that your purchased currency will become stronger, meaning that you can purchase more goods (or another currency) with the money.

So let’s say that you thought the United States’ Dollar was going to become weaker when compared to the Euro. To take action on this hunch, all you would have to do is hop onto a foreign exchange trading site and purchase a number of Euros. Then, you would just sit back and wait to see what the exchange became between the two currencies. If the Euro became stronger against the US Dollar (meaning that it would take more dollars to purchase that same number of Euros), then you could trade your Euros back in for US Dollars and enjoy the extra cash that you just generated for yourself! It sounds simple, but if making money were that easy, why wouldn’t everyone be doing it?

The Pros and Cons of Forex Trading

Wondering if you should get into Forex trading? Before you go all in, be sure you understand the pros and cons of trading currencies.

In the stock market, you can only trade up to 50% margin, meaning you can only borrow the same amount that you put in. So, if you have $100, you can also borrow $100 on margin, and then invest $200. In the forex market, the ratio of borrowing is much larger. Instead of 2:1 like it is in the stock market, it’s 50:1. So, if you put your $100 into the forex market, you can actually trade up to $5,000. This is considered a pro for many, but understand that this is only a good thing if you pick the correct currency.

One last pro; the brokers don’t make a commission off your trades. Instead, they earn money off the spread between currencies. So while trading isn’t exactly free, it’s nice that the transaction costs are built into the spread of your trades. 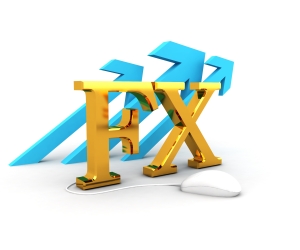 The first pro that we discussed can also be a huge con (it was hard for me to bite my tongue until now, but I made it). By borrowing many times more than what you put in, you have a greater chance to lose your entire investment, and then some! If you were to put in $100 and your currency trade suddenly dropped by 10%, then you would be left with $90. It would suck, but at least you would still have the majority of your money. If, however, you decided to trade $5,000 because it was available to you (even though you only put in $100 of your own money), and your trade lost 10%, then you would be down to $4,500. So, not only did you lose your $100, but you also lost $400 more dollars that you’ll need to pay the broker! The forex market can certainly be fun, but when using a bunch of margin, it can be extremely dangerous as well.

Second, trading currencies can be very complex. When you trade in the stock market, it’s mostly about production and profits. Currencies fluctuate based on economic movement, monetary policy, national debts, and of course, politics. There is so much more to study and it can be difficult to make a successful trade.

Finally, there isn’t as much money to be made as many people believe. Currencies don’t often move that wildly, and earnings of 5% or more per month are pretty unrealistic. The risks can be high, and the rewards might never show up.

Trading in the Forex Market

I am a big believer in diversification, which is why I don’t invest all of my money into the stock market. Instead of piling my money into a 401k like the majority of the investing population, I prefer to put some of it into savings, some into real estate, some into a side business, and another portion into precious metals. Since I don’t enjoy actively trading my investments, I don’t put money into the forex market. But, that’s not to say you shouldn’t. If you enjoy doing the research, making the trades, and earning your wins in the forex market, then go for it. But, be sure to use a diversified approach. In other words, DO NOT put all of your money into the forex market. As a rule of thumb, try to put no more than 15% of your investment dollars into any particular investment area, and spread your money into 8-10 different ventures.

What do you think about the forex market? Will you invest in currencies soon?