Top 10 Cars for Digging Your Way Out of Debt 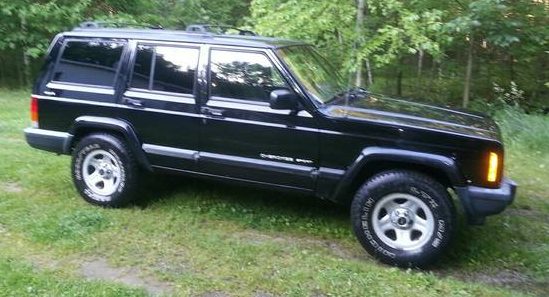 “If I buy a super cheap car, it’s going to break down all the time and cost me thousands of dollars in repairs. It would probably be better to spend $10,000 or more to buy a dependable car. In fact, buying a more expensive car will probably save me money.”

This is one of the biggest lies ever uttered across the face of this earth. Just because you spend $10,000 on a car does not mean that it’s going to be dependable for you. In fact, if you buy a foreign luxury car (like a BMW, Mercedes, Audi, or even an Infinity), it will likely cost you more in maintenance and repairs than a cheap $3,000 domestic car. Not to mention your insurance costs will probably be through the roof as well.

Best Cars for Digging Your Way Out of Debt

If you are serious about digging your way out of debt, then I’d say it’s about time that you ditch your expensive car loan and start looking for your “get-rich-mobile” – you know, the one that you’re going to pay cash for.

“Is it really possible to buy a dependable car for less than $3,000?” you might ask. Not only is it possible, after trying it, I can’t force myself to do anything but! Nearly three years ago, I bought myself a 2001 Honda Civic for $2,500. It has hands down been the absolute best car I’ve ever owned. I’m now debt free, have tens of thousands of dollars in the bank, and I still don’t want to get rid of it!

Based on the dozens of cars that I’ve owned (and based on a bit of research), I have compiled a list of 10 vehicles that I would recommend buying that are not only cheap, but often very dependable as well! 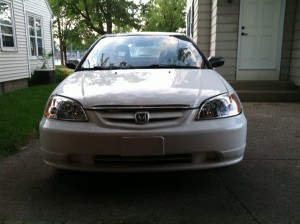 Honda Civics are small, but for what they lack in size, they make up for with great gas mileage and dependability. On average, a standard Honda Civic will get nearly 30 miles per gallon in the city and over 35 mpg on the highway. And, many Honda’s last for well over 200,000 miles, so if you can find one that has been well-maintained and has only 150,000 miles, there are probably still 100,000 quality miles left on it.

The Honda Accords are very similar to the Honda Civics under the hood, but they are a little bigger and carry a bit more power. If you think the Civic is just a bit too small for you, but you like the dependability factor, then the Honda Accord is probably the best choice for you to start digging your way out of debt with.

Back in the early 2000’s, the dependability of Honda and Toyota pretty much went hand-in-hand. I personally haven’t owned the Toyota Camry, but I know a few different people that have. They ran the mileage well over 200,000 and the Camry was still purring like a kitten. And, given the success of these vehicles, even if it does need some kind of repair, it will likely be cheap because the parts are available and the repairs are simple.

Just like with the Accord, the Camry is simply the slightly larger model of the Toyota Corolla. While the Camry cost more when it was brand new, don’t be fooled into thinking that it is therefore more reliable. In fact, the opposite is probably true. While the engine runs solid, the mid-range models often carry more bells and whistles, which just means that there are more things that could potentially break. Remember, you’re buying this car for digging your way out of debt. Find one that’s cheap and reliable and don’t worry so much about the luxury add-ons.

There are quite a few Volkswagens out there that are absolute money pits, most of which have the word, “Turbo” in them. If you want a fast car, go out and buy a Mustang or something that was actually meant to be fast. My rule of thumb is to NEVER buy a turbo. They break down, they cost a ton to fix, and they are almost never worth the cost of a little extra boost as you’re driving down the highway.

If, however, you like the Volkswagen name brand and are attracted to their style, then the very affordable Volkswagen Jetta 2.0 is the perfect car for you. The gas mileage is decent, it is quite dependable, and it actually looks pretty great driving down the road.

The Buick company has always produced quality cars, and the gas mileage is actually quite amazing as well for this model (30 mpg highway)! Granted, the styling probably isn’t your favorite, but this is one of the easiest cars to find with a solid body, low miles, and for cheap (I just did a quick search in my area and found multiple options for less than $2,000). And, since it’s a domestic car, the repairs on this vehicle are quite inexpensive as well.

A few of my friends own this model car, and I haven’t ever head of them ever breaking down or taking their car to the shop. They get 29 mpg on the highway and are solid running vehicles. Again, this model won’t turn any heads, but it will keep you on the road for cheap. And that’s why the Chevy Malibu made the list of the best cars for digging your way out of debt!

The Jeep Cherokee motor is absolutely bullet-proof. If you look in the junk-yard at all the different model vehicles, you would be hard-pressed to see this one in there. Be careful not to buy the Jeep Grand Cherokee. For whatever reason, this model is absolute crap and will cost you thousands of dollars in repairs while you own it. If you love Jeeps and want a reliable ride while you’re digging your way out of debt, then a 2000 or 2001 Jeep Cherokee is your machine.

Minivans are a necessary evil for many. I haven’t ever met anyone that was excited about going out and buying a minivan, but if you have kids then they sure are handy. New minivans absolutely tank in value, which makes the used ones extremely affordable. The one thing to watch out for in the Dodge Caravan is the transmission. It is a trouble-spot for these vehicles and could be the reason many are selling theirs off. Get a thorough inspection when buying one, and if it passes the transmission test, then it should be a nice, cheap, solid ride for you while you’re digging your way out of debt. 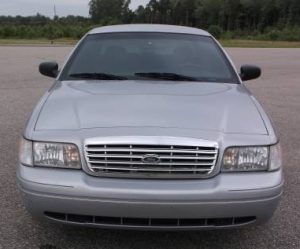 These cars were mostly made for old people and the police department. Either way, they were often very well-cared for and are now selling for super cheap. Think about it, you could buy a car with 100,000 miles on it that’s only 6 years old for less than $3,000. If you’re digging your way out of debt and want a fairly new dependable vehicle, this is an excellent option!

If you’re a handyman and need to have a truck so you can throw a bunch of tools and material in the back bed, then the Chevy S10 is probably the best option for you. It’s cheap, it runs well, and it gets pretty solid gas mileage (as far as trucks go). Again, it’s not going to turn heads, but it will help you get out of debt and become rich in a hurry!

Summary: Cars for Digging Your Way Out of Debt

As you can see, there are quite a few great car options for digging your way out of debt that cost less than $3,000. The question now is, “Will you actually humble yourself enough to downgrade your car to one of the above options?” It can be difficult to admit that you screwed up with your money in the past – and downgrading your car is a sure-fire way to visually admit defeat to all those around you – but you could very well be an inspiration to someone else that’s currently drowning in debt. Plus, this temporary move to a lower-valued car will allow you to ditch your car loan, pay less in insurance, and still pay very little in car repairs. In other words, this is your ticket to financial freedom.

Are you ready to become wealthy? Start by downgrading your car today!