Is a Million Dollars Enough? 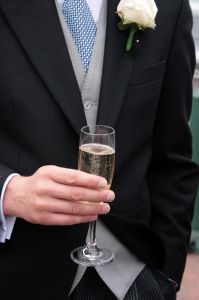 It seems like everyone’s goal: Be a millionaire! But, is a million dollars enough? From the game show “Who Wants to Be a Millionaire?”  to the classic Barenaked Ladies song “If I Had A $1,000,000”, it’s clear: we all want to end up millionaires. For many people, a million dollars feels like enough. With a million, you can live a happy, worry-free retirement, right?

If you dig a bit deeper, you’ll realize the answer is more complicated. It depends on how much you spend, and how long you have until retirement.

How to Save Up a Million Bucks

If you really want to be a millionaire, there’s a very small chance you’ll get there by winning the lottery or inheriting a secret fortune. For most of us, it’ll be done through consistent saving and investing. Given that, what do you have to save on a monthly basis to be a millionaire by the time you’re 65?

Assuming your investments earn 9% each year, the required monthly contributions are:

These numbers show that it pays to start early. The amount that you need to save monthly more than doubles if you start at age 35 instead of age 25. Even though it can be tough to save as a young professional when there’s rent and student loans to pay, every little bit helps in the long run.

Is a Million Dollars Enough?

So let’s say that you’re on pace to put two commas in your account by retirement, is a million dollars enough? In the end, it’s not about how much you have in the bank. What really matters is how much you’re able to withdraw from your investments to live off of every year. Financial professionals often recommend withdrawing no more than 4% of the balance each year. This guideline isn’t foolproof though:

If you retire tomorrow with a million dollars, based off this 4% rule, you’ll be able to spend $40,000 per year with a cost of living adjustment every year. Do you think you’ll spend more or less than $40,000? Is a million dollars enough?

A Million Now is Worth More Than a Million Later

A future value of $1,000,000 has a present value that’s much less today. We can calculate what that million dollars in retirement would feel like in today’s dollars.

So if you’re 25 years old and your goal is to be a millionaire, that really means that you aspire to save up about $300,000 (in today’s dollars), which almost certainly wouldn’t be enough for you to retire on. Suddenly, being a millionaire doesn’t sound so great does it? Is a million dollars enough? Not likely…

In addition to the low lump sum, take a look at the monthly withdrawals you’ll be able to make (again, in today’s dollars after factoring in inflation). Is it enough? You might have some amount of Social Security when you’re older, but it’s not something to rely on. For many of us, a million dollars in retirement won’t be enough.

If you’re twenty-five, that means you’ll need to save $805 (instead of $246 as shown in the first chart) per month in order to be a millionaire (in today’s dollars) at retirement. You don’t need a million dollars; you need three million. Inflation is a doozy.

Being a part of the double comma club is an exclusive club, but when you’re thinking of saving for retirement, realize that $1,000,000 might not be enough. Your true retirement goal should depend on your annual spending and how many years you have until retirement.

Is a million dollars enough for you? What is your retirement savings goal?