What is the True Cost of a New Car? The Answer Will Scare You Straight 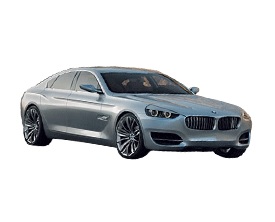 It happens pretty much every day. I drive to work, park my 2001 Honda Civic in the lot, and then a colleague of mine parks their $50,000 vehicle right next to me that they clearly can’t afford. They step out of their car like they just conquered the world with their new ride, and I do everything I can to keep my mouth shut and not say something like:

For the most part, I try my best not to match their arrogance with my own, so I just smile, greet them with a “good morning”, and shake my head to myself.

What is the True Cost of a New Car?

The total value of my car and my wife’s car is somewhere around $4,000 (or roughly $2,000 a piece). She drives a 2001 Dodge Intrepid that’s still running strong with 155,000 miles on it, and I drive my Civic that’s traveled over 222,000 miles (Honda, I love you!). Our cars aren’t rusty and they really don’t look all that bad, but they’re old and undesirable to many. While we are proud to drive such logical and dependable vehicles, even we sometimes get the urge to drive something much newer and a heck of a lot shinier. But, I often find myself asking the question, “What is the true cost of a new car?” From this question, I typically get three responses:

What do each of these answers mean? And which one is the correct response?

Let’s say that I worked hard all year and saved up $70,000 of cold hard cash. I’ve been meaning to invest this money into real estate, but a sleek, silver BMW 7-series caught my eye and on a whim I decided to buy it immediately. Now, I bought this car without taking out a loan, so it was a smart purchase, right? That’s what many people tell themselves, but as you’ll soon find out it’s still one of the worst financial moves you can possibly make.

1) The Cost is the Amount Paid

The majority of people see purchases as a straight up cost and nothing more. When they ask themselves, “What is the true cost of a new car?” their response is, “The face value of the purchase”. In other words, if their new BMW costs $70,000, then they would simply say that their car cost them $70,000 – nothing more, nothing less. Some might show a glimpse of wisdom and take this a step further by realizing that their car purchase resulted in an opportunity cost – something that could have been purchased instead of the car like a new kitchen or ten magnificent all-inclusive vacations. Even with this realization of an opportunity cost though, these individuals are still missing the bigger picture.

2) The Cost is the Amount Plus Forgone Interest

A smaller group of people would understand that the true cost of a new car would be a wasted opportunity to invest and to earn interest. So, not only was their $70,000 BMW costing them that face value amount, but it was also costing them future interest that could have been earned with that money.

Instead of ditching their perfectly good car for a $70,000 BMW 745i, they could have purchased a $70,000 single family home in West Michigan (yes, houses are cheap here!). After a little bit of paint and some new caulk, their home purchase could easily be turned into a rental property, netting them $10,000 a year. And, not only would they continue to passively acquire those rent checks each year, but their real estate property would likely increase in value as well – typically at 3% per year. 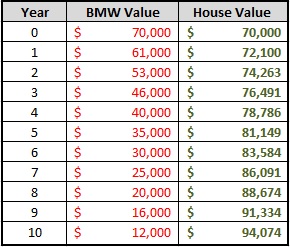 By forgoing that tantalizingly delicious BMW and instead purchasing the rental house, they nearly tripled their money instead of losing over 80% of it to their new car’s depreciation. This would have been a much better choice, but surprisingly enough it isn’t the best choice.

3) The Cost is the Amount Plus Interest AND Reinvested Interest

In the previous example, we purchased a rental house instead of the BMW and reaped some pretty decent rewards. But, if I venture a guess at how many people the above table would sway away from purchasing the car, I would say very few. The true cost of a new car (in that example) simply isn’t large enough to change many people’s minds.

However, what if I told you that this wasn’t the whole story? What if the numbers weren’t $194,000? What if they were in the millions of dollars? Would I get your attention then? Well you’d better hold onto your hat laddie!

The key to dramatically increasing the numbers is in the reinvestment. In the example above, we bought the investment property, earned our $10,000 extra a year, and were pretty proud of ourselves. We used that additional $10,000 to buy a modest car one year, we used some of it for an amazing vacation, and on another occasion it went toward the kids’ new clothes and school needs. What if though, instead of finding a way to spend that $10,000 each year, we saved it to buy another rental property? How much would that change the numbers? 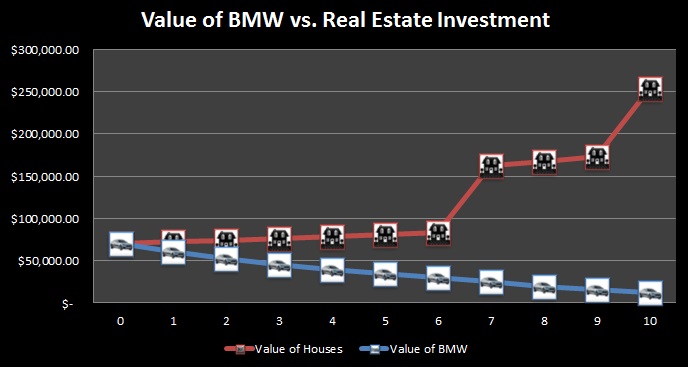 The first six years looked identical to our actions before. We owned one property, it produced $10,000 a year, and it appreciated in value each year. But, on that seventh year, things started to change. We finally saved up enough to buy another rental home. Our estate was now worth approximately $160,000 – again, not that dramatically different from before. However, instead of earning $10,000 a year, we have two properties and are now earning $20,000 a year. By reinvesting those earnings again, were are able to buy a third property in just three more years.

At the ten year mark:

So, instead of earning a total of $194,000 with the one investment property, we have reinvested our income and bumped our earnings up to $254,000! The difference may not seem all that extreme, but believe me, the numbers are about to get crazy. 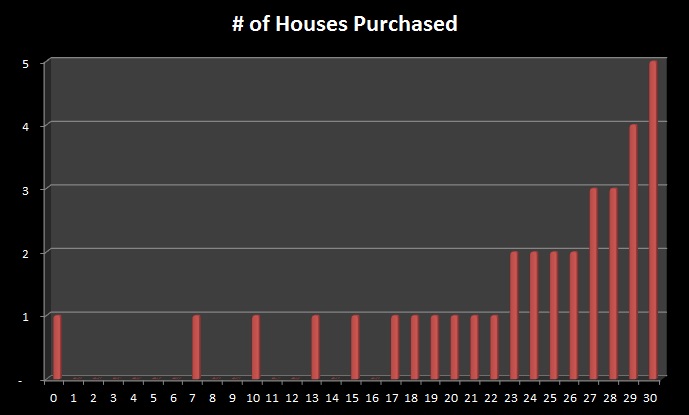 After that 10th year, we bought our 3rd rental house. By reinvesting the income, we were able to:

SHEESH!! When it took us seven long years to turn one house into two, would you ever have guessed that we would own 34 rental houses after just 30 years?! I honestly didn’t! So what does this mean in terms of dollars? How much would your $70,000 investment turn into after 30 years? 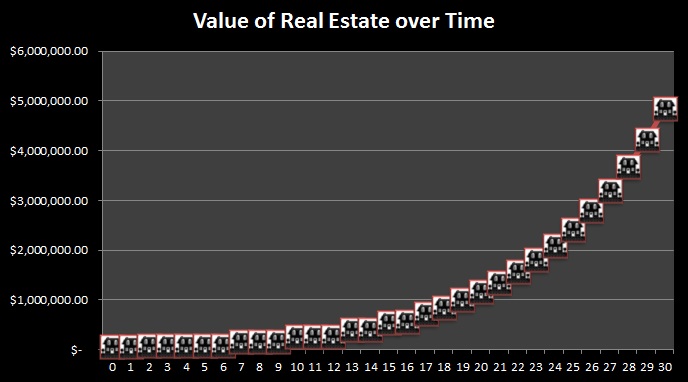 By reinvesting the returns into more real estate, and by assuming each rental would appreciate by 3% each year, our estate will be worth $4,843,000 and will be earning a rental income of $500,000 a year. BOOM! Screw that BMW purchase – we should all be investing (and reinvesting) our money instead!

Hopefully, you’ll never think about that new car purchase the same ever again. When you look at that BMW, don’t think of its cost as $70,000. Think of it as $4.8 million!

What is the true cost of a new car? Way more than you thought!