Yes, the Rich Get Richer, But Why? 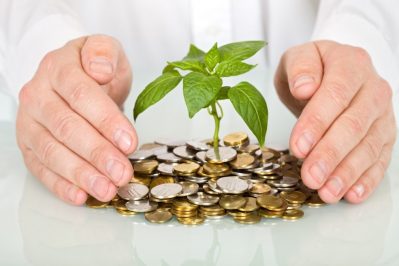 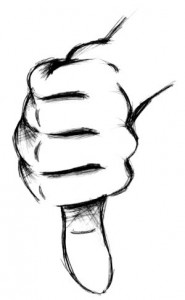 The rich get richer, and the rest of us non-rich folk are left sucking our thumbs wondering why we’re not rich and will likely never be rich. The fact that some people earn hundreds of thousands of dollars each year by doing very little work makes the masses quite upset. After all, the majority of the population works countless hours and barely gets by on their hard-earned dollars. This can’t be fair, can it? Wouldn’t it be more fair if we all made a similar dollar amount each year? I mean really, do people need to have millions of dollars while others are left starving just a few miles away?

I once witnessed the fear of someone that was clearly living paycheck to paycheck. I was about 23 years old and my co-worker and I were just told that something went wrong in payroll and it looked like we might not get our paychecks that week. As I was shrugging this off as an annoyance, I glanced over at my coworker and her eyes became wide with fear. “But, what am I going to do about my rent?! she shrilled. She was depending on that single paycheck to make her rent payment that week. Without it, she would come up far short.

I felt sorry for her initially as life must be pretty tough when you don’t have much money…but…wait a second. I earned less money than she did, and her husband was bringing in plenty of cash from his full-time job. Why the heck didn’t she have money in the bank like I did? In fact, why didn’t she have more than twice as much money in the bank?! It didn’t make any sense, but sadly this has become a normal occurrence for many households these days.

According to CBS News, over 1/3 of households earning $75,000 admit to living paycheck to paycheck lifestyles. This is absolute insanity. Today, many think that the rich get richer simply because of tax loopholes and unfair laws that favor the wealthy. Either that, or we all just assume that the rich were handed big bucks from their parents – you know, trust fund babies. But, both of these assumptions are mythical. The tax laws are created to be fair among all citizens, but the wealthy do their due diligence to invest and use their money so it’s never taxed. In other words, they don’t just give in and hand over their tax dollars out of their paycheck like the rest of us do. They search for ways to keep their money. As for the trust fund babies, less than 1 out of 5 millionaires receive any inheritance at all from their parents. They are rich simply because they went out into the world and kicked butt over and over again.

As I see it, many of us could become rich if we just stopped complaining about the government for one minute and instead asked how we ourselves could become wealthy (because many of us can and absolutely have the opportunity). 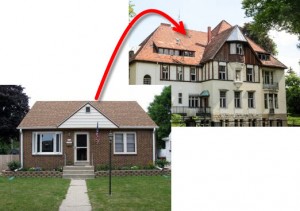 Based on this quick summary of our assets and our spending, how would you say we’re doing? If I took a pole of 100 people, I bet 98 of them would say, “Yeah, the only debt you have is your home and everything else is fully paid for, so you’re doing quite well. Good job!” These people are dead wrong. In ten years, here’s where we’d be at with these assets:

Over the course of a decade, we earned ourselves $128,000 in home equity. That’s an average earnings of $12,800 per year. Again, many people would congratulate such an accomplishment, but this result absolutely sucks when compared to the wealthy.

The Rich Get Richer

If the rich start with nothing, how is it that they become so wealthy over the course of their lifetime? Surely they must be doctors or lawyers and earn hundreds of dollars an hour. Again, this is a complete myth. While some doctors and lawyers do become wealthy, it certainly isn’t a prerequisite to wealth. Many of the rich are hardworking plumbers, electricians, or even builders. Most importantly though, many wealthy individuals have been running their own business since they were young adults. In other words, instead of just handing over their tax dollars to the government every other week (as many of us do through our paychecks), they pay themselves first and pay the government much later. 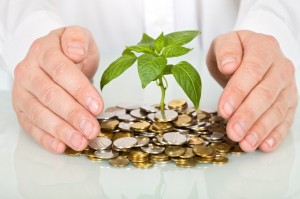 The Real Secret to Becoming Rich

Becoming rich often involves a healthy income and a frugal lifestyle, but doing just these two things probably won’t make you wealthy. In order to build a giant net worth, one needs to earn money with their money. According to CNBC, the wealthiest 1% of Americans invest 75% of their income, while the middle class has 63% of their worth tied up in their home (like our initial example of the $250,000 house and paid-for cars).

The wealthy live on just 25% of their income and invest the rest, allowing 75% of their money to earn them more money, while the rest of the chumps pile their future money into a house that might earn them 1% a year. Let’s set up another visual:

Instead of the big house and decent cars, let’s say that Liz and I spend our money a bit differently:

By living just a little more simply and investing heavily, Liz and I have suddenly bullied our way into the arena of the wealthy. Our $3,000 a month investment turns into a value of $575,000 after just ten years, and this doesn’t even include the equity in the home we live in. Yes, the rich get richer, but it’s because they are actively creating wealth instead of just letting life happen to them.

Basically, the majority of the population are walking through life as though they were zombies. They buy a nice home, nice cars, a few toys, and suddenly they start having trouble paying the bills. Getting into a rut like this will keep you broke forever. But, for those that want to be wealthy and have options later in life, they work to earn more, live on less, and invest a whole heck of a lot of money that just keeps earning them more money! And the rich get richer – it isn’t rocket science, anyone can do it. We just have to use our noggins, people!

The rich get richer, and you could be one of them! Are you on the road to becoming wealthy?