7 Reasons a Credit Card is a Bad Idea

Credit cards offer reward points and they can boost your credit score if you pay the bills on time, so why would I say that a credit card is a bad idea? Well, to put it simply, these two positives don’t offset the seven negatives.

7 Reasons a Credit Card is a Bad Idea

Really? There are seven cons to owning and using a credit card? That’s right, and these are seven solid reasons as well. Let’s dig into it: 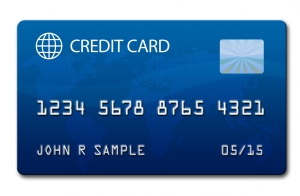 1) You start believing it’s your money

You’ve got this card in your wallet and man, it’s powerful. You could have absolutely no money in the bank, but with this card you can buy whatever you want whenever you want. The only problem is…you have no money. When you use this card, you’re basically saying, “Hey Visa, I don’t have any money, but I’m going to borrow a few hundred bucks from you to buy something stupid. I’ll pay you back when I have the money…which is probably never.” Sound’s pretty dumb, right? Yeah, that’s because it is. If you want to buy something, make sure you have the money in the bank.

Want a solid reason why a credit card is a bad idea? How about the mammoth interest payments you’ll be making when you can’t pay it off at the end of the month. The average credit card interest rate is over 15%, which means that if you have a $5,000 balance, then you’ll be losing $750 a year to interest payments. Yeah…that’s pretty dumb.

Credit card companies don’t just make their money on interest rates. There are tons of different fees that they charge to take even more of your money. Here’s a quick list, thanks to NerdWallet.com:

With all these different fees, it can be tough to avoid making some additional payments to your credit card company. You know the best way to avoid them? Get rid of the credit card.

4) Your credit score is just a distraction

What’s the real point of a credit score? It seems like everyone is striving to have the best credit score ever, but for what reason? Pretty much so you can borrow more money. But, shouldn’t we all be working toward an increased net worth and less debt? I thought so, but it seems that there aren’t too many people that are on the same page…or even in the same book for that matter.

Young adults graduate from high school and are encouraged to get a credit card to start building their credit. They start out just using it for gas purchases, then they buy a few things off Amazon. Soon enough, they build up a few hundred dollars of debt, which typically grows and grows, long into their adult life. All for the sake of building a credit score.

If you really wanted to succeed, you wouldn’t worry about a credit score, you’d focus on your net worth and build that big enough so you’d never have to borrow money again. That’s what I’ve done, and  have never regretted the decision.

5) Emergencies will put you farther behind

Do you still need some more reasons why a credit card is a bad idea? Here’s yet another one. Quite a few people keep a credit card on them in case they have an emergency, which sounds valid, but then they end up turning their brain off and just allow “emergencies” to come their way. These emergencies are often events like:

Each one of these events could have been predicted and planned for and really shouldn’t have needed a credit card swipe. But, when people have that card in their wallet, they unknowingly stop thinking about the future because they are so dependent on that lifeline in their wallet! If you live life like this, emergencies will just keep cropping up and you’ll continually fall further and further behind. 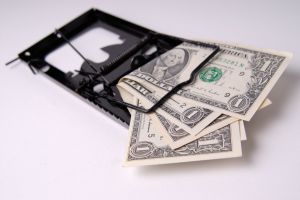 The credit card was developed by money lenders to make it easier for people to borrow money, and in turn, would increase their lendings and profits. Their method of developing that plastic card has caused many billions (maybe even trillions) of swipes over the years. When people spend money that they haven’t yet earned, it isn’t painful at all.

If, however, they worked all week to earn $300 of cash, then that money feels way more precious. There’s no doubt about it, there are different emotions tied to cash than to a credit card. When people have the option to swipe, they spend more money. Just one more reason why a credit card is a bad idea.

7) Debt kills your self esteem

I’ve seen this happen first hand. Debt absolutely kills your self-esteem, especially when you know that others are getting ahead while you’re being left behind.

This was the basic framework of my work friend and myself. He took on debt early and continues to have it. I, on the other hand, avoided debt like the plague. Today, he has more debt than he had 10 years ago and I have absolutely none. He continues to fight to make his payments, while Liz and I are investing cash to increase our income.

Needless to say, our conversations have become quite different over the years. His head often hangs low and he makes pitiful excuses about why he’s in his current situation. That credit card (and debt in general) gave him early gratification, but long-term shame and embarrassment.

Do you believe that a credit card is a bad idea?