5 Ways to Give More than Just Presents for the Holidays 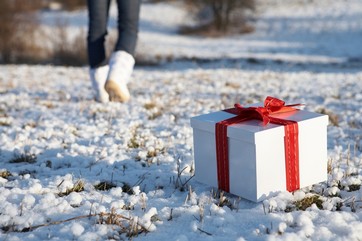 Today officially marks the two week countdown to Christmas Day. For the procrastinator, this means you still have one week, six days and a few hours to start shopping. For the chronic over-buyer, you’ve been buying gifts all year long, don’t you think it’s time to stop now?

As for me, I guess I’m somewhere in the middle. Not quite a procrastinator but also not really excited enough about the gift-giving aspect of the holiday to buy throughout the year. And apparently I’m not alone. According to a 2014 Survey of Affluence and Wealth from Time Inc, nearly 9% of American families (roughly 2 million households) will not participate in holiday gift-giving.

Give More Than Just Presents for the Holidays

There are a number of reasons that people are deciding to forgo exchanging gifts for the Christmas holiday. For some it’s religious beliefs, but for a number of others, it’s the post-holiday financial impact that is prohibitive.

I have two daughters and a wife at home, so if I’m honest, I will be spending some money this holiday season. The difference in this season over the previous, is my realization that giving has far less to do with running up debt to put nicely wrapped presents under a tree and a lot more to do with committing selfless acts.

Here are a few ways that I’ve found to give more than just presents for the holidays. 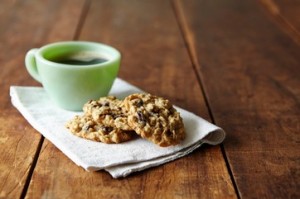 The concept of paying it forward, while simplistic, can result in a cycle of generosity that often has far-reaching effects. Regardless of how bad your day has been, if you’ve ever been the beneficiary of someone paying it forward, you can probably attest to the ability that this one small deed has to change the trajectory of your day.

And while we often hear about people paying it forward at a restaurant or coffee shop, these selfless acts don’t have to be resigned to just food or beverages. Here are a few additional ways to give more than just presents this year – do good deeds for others without looking for anything in return.

While these may seem like really small acts of kindness, you are actually giving back more than you probably think. For starters, you’re spreading positivity to someone else. Who couldn’t use more of that? In addition, giving tends to elevate your own mood and will typically have a positive effect on both you and the recipient of your generosity.

2) Give an anonymous gift

Maybe you know of a colleague or neighbor that has fallen on a particularly hard time recently. Consider giving them something that will lift their spirits. Giving anonymously is great because the recipients will likely have no idea where the gift came from, and in turn, won’t feel embarrassed or ashamed for receiving the help.

That is, of course, if you resist the urge of the “humble brag” that has become so common on social media. Please don’t be that person! 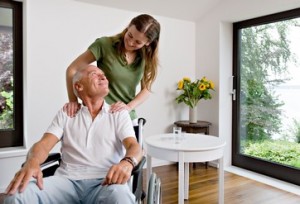 3) Volunteer (but really mean it)

A few hours of your time can go a long way especially this time of year. Instead of discovering new ways to spend your money, consider contributing your time to a cause or organization that can really benefit from it. A simple Google search of your area will uncover plenty of places that would be happy to have you volunteer your time.

For example, three to four hours at a retirement home could go a long way in the lives of the residents. Generally the people that live there care more about your presence than any present they could receive. And just a suggestion: if you’re going to commit your time, put a little extra in your ‘holiday cheer’ and manifest it in your body language and words.

Unless you’re a minimalist or you just recently revamped your entire wardrobe, chances are there’s a number of items in your closet that haven’t been worn in a long time and likely won’t see the light of day anytime soon. Give more than just presents this year by giving your clothes a second chance by donating them.

While there’s certainly nothing wrong with dropping off your gently used items at place like the Salvation Army or thrift stores, my personal preference is to align with organizations that take the charitable giving model and run with it. Two such organizations are Dress for Success and Career Gear.

In addition to providing professional clothing to prepare men and women in poverty for gainful employment, they also provide mentoring and teach life-skills to help the individuals become active contributors to their families and communities.

Again, it’s a personal preference, but it feels as though my contribution goes toward more than just putting clothes on someone’s back – it is part of a larger process to effectively change a family’s future well-being.

5) Donate toys to families in need

According to the National Center for Children in Poverty, nearly 14 million children in the United States live in families with incomes below the federal poverty level which is $22,050 a year for a family of four.

It goes without saying that many of these families are struggling just to provide basic necessities, so Christmas shopping is justifiably very low on the priority list.

If your children are anything like mine, their interest in a new toy is about as long as a grasshoppers left leg. And what inevitably happens is we end up with an overabundance of nearly-new toys that rarely garner any interest at all.

Those unused toys can make a world of difference in the life of a disadvantaged child.

If nothing else, giving more than just presents for the holiday’s will allow you the opportunity to spread cheer among people who may need it most.

Will you give more than just presents for the holidays?