9 Myths of Investing (that you might not agree with) 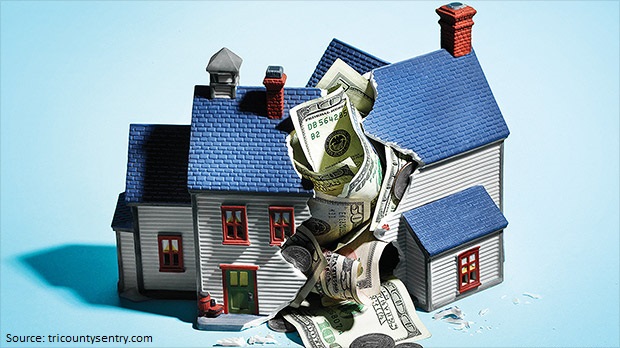 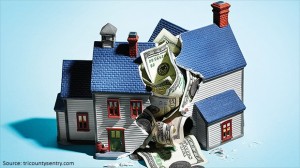 The deal is done. We wired the money, signed the papers, and already started tearing apart the house. Against the advice of many, we paid for our rental property with cash.

“Paid for a house with cash? First of all, how could you do that (…it’s easy, just live on practically nothing for 5 years)? Secondly, that just doesn’t seem smart to tie up all your money into a single investment! Wouldn’t it be wiser to use other peoples’ money (ie. the banks), and then use your other cash to earn a greater return?” — This is what I’ve been hearing lately, and quite frankly, I’m getting sick of it.

In actuality, much of the flack I’m getting is from people that don’t have a clue what they’re talking about. They have terrible spending habits, rent pretty much everything they own, and they’ve never seen a comma in their bank account, yet they think they’re smarter than me when it comes to investing.

Hardly anyone is investing in this world – seriously, the percentage of investors is less than half – yet everyone somehow feels qualified to lend me their opinion of it. At this point, in my 6th year as a personal finance blogger, I think I’ve heard it all. And today I’m finally going to lay out every stupid myth of investing that I’ve heard to date : 9 of them to be exact.

Myth #1. “I don’t need to invest because I don’t want to stop working”

Of all the myths of investing, I think I hear this one the most often. Some people love to work, and that’s awesome, but no matter what you do to earn your living, chances are that you won’t be able to do it until the day you die. In fact, according to Wall Street Journal, 70% of Americans that are over 65 will need long-term care service at some point in their lives. So, not only will you not be earning a paycheck, you’ll be shelling out $70,000 a year to be cared for.

Myth #2. “Investing means putting your money into the stock market”

When people hear the word “investing” they immediately associate that with putting money into their 401k plan at work or into the stock market through an online brokerage – this is one of the biggest myths of investing. If you want to grow your money, you don’t just have to blindly put it into the stock market and hope for the best (as many do these days). You can put money into many different areas and achieve growth with it. A few examples are:

The myths of investing often say that you should dump all your money in the stock market. If you want a safe retirement plan, I would steer far away from this myth.

Along the same note, many people think they’re diversified if they buy equities, bonds, and foreign shares, but the truth is that all their money is still in the stock market! That’s like saying, “I have a diverse assortment of cars in my collection because I own a red, blue, and brown BMW…but what about all the other types of cars???

If you want to truly diversify your investments (and you should to avoid devastation), then you should look into some of the investments noted in the myth above. These myths of investing often assure people that they’re on the right track, but many of them still might end up broke because they fail to seek out the truth.

Myth #4. “I can catch up on investing later in life”

Investing when you’re young is tough. You’ve probably got student loans, a car loan, and some credit card debt, PLUS you want to have some fun while you’re still young, so instead of investing you simply live in the moment and spend all you earn.

Then, you start settling down by getting married and having kids. But at this point you’re strapped for cash because you’re trying to take care of your family. So investing once again takes a back seat – this time to other priorities.

This is when the bigger myths of investing start to creep in. “I can invest later in life,” you say to yourself. “Once I’m 50, the kids will be out of the house and I can dump piles of money into investments then. First of all, this is simply just a terrible idea because your money won’t have time to grow exponentially with interest (see chart below). And second, you never know what the future holds. You might have an accident, get sick, or even laid off from your job that would inhibit you from contributing to your investments later in life. Avoid these myths of investing and get started now!

I love Dave Ramsey and all, but his assumption that everyone will earn 12% in the stock market is definitely one of the biggest myths of investing that I hear often. I realize that he wants to get people excited about the money they can earn if they start investing now, but realistically, people can expect to earn a maximum of 7-8%. 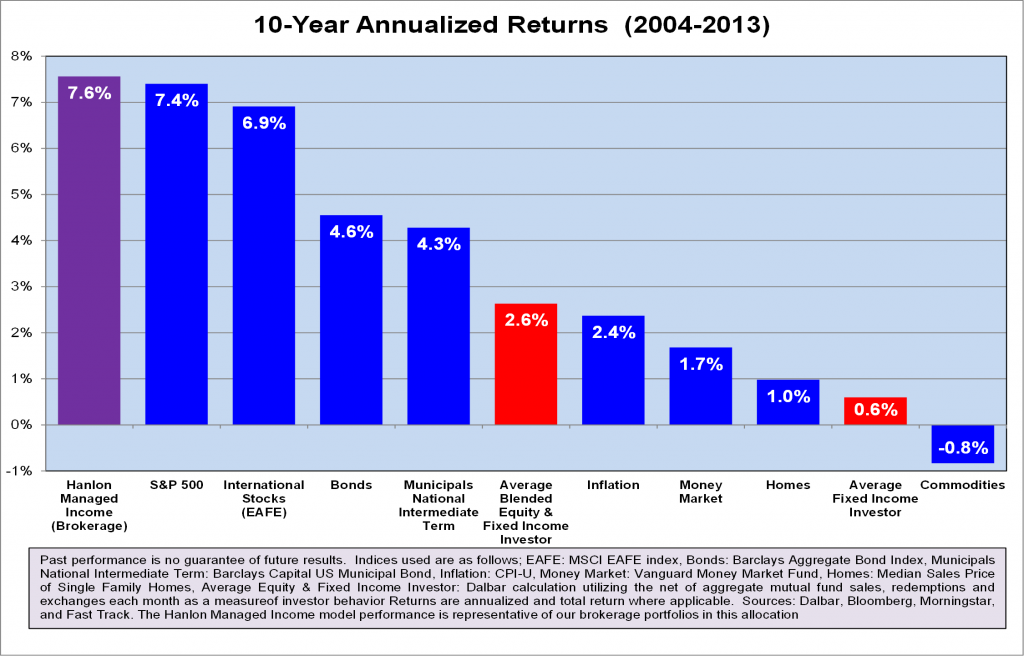 This isn’t to say that you should stop investing your money. In fact, I would encourage you to do the opposite – start investing earlier and invest more! When you hit old age, would you rather have too much money or too little? For me (and almost everyone else on this planet), I would rather have more than less).

This is simply another one of those myths of investing. Truthfully, most people that pick individual stocks are arrogant and don’t understand that they’ll actually fall short of the average index investment. 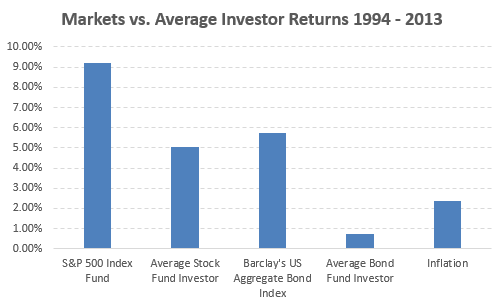 As you can see in the above chart, investing in a simple S&P Index Fund earned the average investor over 9% each year, while the average stock investor earned only 5% each year. By picking individual stocks, you’ll feel like you’re winning and in control, but in reality, the simpleton that loads all of their money into a single index fund is probably beating the pants off of you.

Myth #7. “It’s wise to use other peoples’ money to invest”

Oh Robert Kiyosaki… I enjoy your books, but why do you have to push so hard on investing with other peoples’ money (OPM)? Yes, I understand, I can probably earn more by purchasing five houses with a 20% down-payment on each vs. a single house that I pay cash for, but there’s one important factor that you often leave out: it’s called RISK.

When you borrow money from the bank, you definitely have the opportunity to earn more money – and at a faster rate – but you also run a greater risk of losing it all. Ask Dave Ramsey. He’ll tell you. When he was 26 years old, had a net worth of over $1,000,000 and looked successful to everyone around him. BUT, while he was technically a millionaire, he was $3,000,000 in debt when you totaled up the mortgages on the homes he owned. Life was good for Mr. Ramsey….that is, until the bank decided to call his notes and demand that he pay them all their money back.

In short, Dave Ramsey could not pay the money back fast enough and had to declare bankruptcy. This is what can happen when you fall into the myths of investing and believe that using OPM is a great idea.

In reality, if you want to become a multi-millionaire, you don’t need to borrow any money. Simply live frugally, invest what you have, and stay consistent. It’s a method that’s worked repeatedly for many generations and will work for countless generations to come.

A million dollars sounds like a ton of money doesn’t it? It’s got so many zeros on the end of it that it seems nearly impossible to achieve within your lifetime!

But…in actuality, if you want to retire at age 65 you’ll need much more than a million bucks. Sound strange? Do the math. Because of inflation, our money is worth about half its value every 20 years. So, in 40 years, your money will actually purchase only about a fourth of what would today.

How much money would you need coming in each year to retire today? For many, this amount would need to be pretty close to $50,000 a year. Well, to maintain this same lifestyle 40 years from now you’d really need 4x the income, or $200,000 a year. If you had a million dollars saved up, you’d be out of money in about 5 years.

If you’re 25 or 30 years old, you don’t need a million dollars to retire….you actually need somewhere between $2.5M and $3M. This is obviously one of those myths of investing that you don’t want to ignore!

Myth #9. “I don’t have enough money to start investing”

It’s tough for almost everyone to find that extra money to invest. For some, they’re working really hard to pool together just $50 a month, which seems hardly worth the effort of investing. 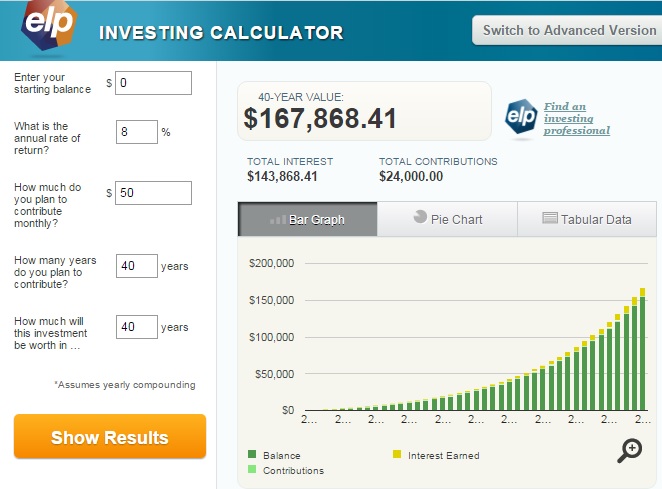 As you can see by the chart above though, $50 invested each month can become $167,000 later in life. That’s certainly nothing to sneeze at! And, it’s a way better idea than just blowing it on an extra dinner each month!

If you want to get started with your small investments, look into:

Get Over These Myths of Investing

Everyone has their opinion…especially when it comes to investing. In everyone’s own mind, they are the smartest person when it comes to making money. Heck, my friend was so proud of himself because he turned his $6,900 IRA into $8,200 in a year by trading a few random shares. Sure, that’s a pretty healthy return, but my question was, “Why in the world do you only have $8,000 in your retirement account??” If he was so smart, wouldn’t he be way more prepared for retirement? As you may have guessed, I stopped listening to his finance advice long ago.

Basically, the best way to stock up your retirement fund is to ignore the many myths of investing and just keep your strategy simple. Live frugally, invest heavily, and truly diversify your portfolio.

Are you listening to any myths of investing? I sure hope not!