Ready, Set, Fight!! The Battle of My Car vs. Your Car 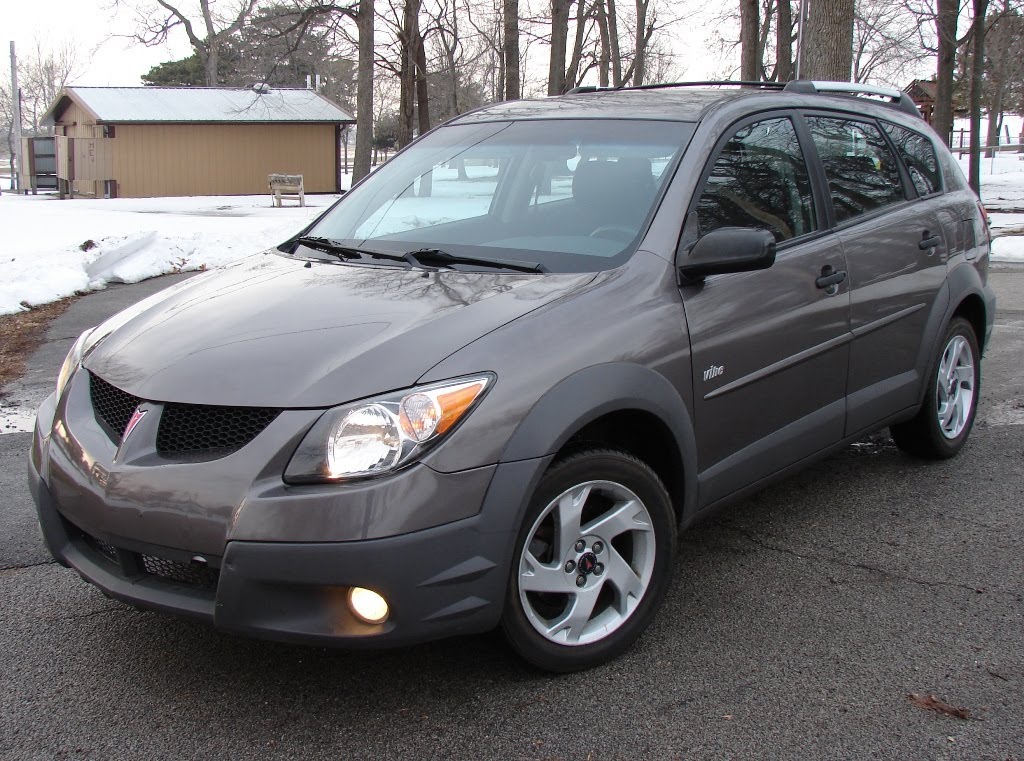 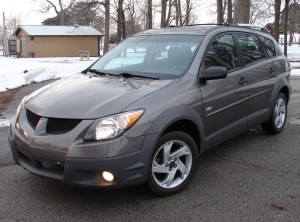 Liz and I have been looking for a baby-friendly car for a few months now – ultimately, we wanted something that cost us $6,000 or less, had all-wheel drive (for our crazy Michigan winters), and had relatively low miles so we could drive it for many years to come.

Coming into the ring (spoken like a boxing announcer) is the beautifully conditioned 2003 Vibe (our new ride – in case you didn’t catch that). This machine is dark gray, has a mean look, but is conditioned to go the distance. I’m curious to see how this Vibe will handle itself in the ring with the most popular family car in America.

And speaking of the devil, here comes the 2013 Honda Accord. Out of all the vehicles in this world, the Honda Accord is chosen 2.3% of the time, making it the absolute most popular vehicle on this current date in history! The Accord enters the ring and looks to be in great shape, as it should since it’s only a few years old! There’s still plenty of rubber left in those tires. I can’t wait for this fight to get under way! 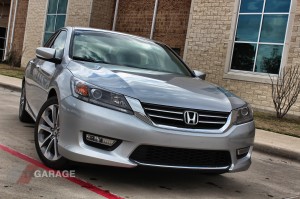 The sleek and shimmering Honda Accord looks amazing, but definitely comes at a price. He flashes his sticker price and OUCH, $15,000 for this car. The Vibe smirks, directs his windshield to the crowd. Wow! Only $3,900! The Vibe definitely wins this round!

The Accord looks a little stunned after that punch on the nose. Can he retaliate with a higher dependability score? He shows his number….and no, he can’t. His dependability rating is 8.2. Definitely respectable, but does not match the 2003 Pontiac Vibe.

The Accord is down, but not out. Since he’s much younger than the 2003 Vibe, I really think he can win this round.

And, the two start spouting their common maintenance issues. Who has the most major problems?

Based on these reports, the Honda Accord issues are more likely and the repairs are more costly. Surprisingly enough, the Pontiac Vibe wins this round again!

The two cars lower their heads, furrow their brows, and rev their engines. They look like they’re ready to start a war!

The tires shrill and the entire ring is clouded by smoke!

These two hit each other head on, but who’s car stayed together the best?? Honestly, it looks like both have sustained the same amount of minimal damage, which is not much of a surprise considering their 5-star crash ratings. This round looks like a draw.

The Vibe is looking a little warn, but the Accord looks absolutely awful! Those first four rounds are really starting to weigh on him, and quite honestly, I’m not sure he’ll be able to redeem himself in this round of insurance costs.

The bell rings and the Accord never even leaves his corner! He knows he doesn’t have a chance. Let’s check the stats.

The 2013 Accord averages $1,730 each year for full-coverage insurance.

Man, I can’t believe the Honda Accord is still moving at this point. You’ve got to hand it to him to still be in this fight!

Whoa, and the first car to stop was the….Pontiac Vibe! He finally lost a round! The Vibe averaged 25 miles per gallon, and the Accord averaged 30 miles per gallon. I guess being a newer model was finally good for something!

I can’t quite believe it, but there are snow flakes coming down in this building! That’s right, SNOW! I’ve truthfully never seen this happen before, but it looks like Round 7 is the durability challenge. Which car will be able to maneuver through this treacherous snow with the most ease?

The Accord turns left, then right, and is looking pretty goo — oh no! It lost control and is pinned against the ropes. How about the Vibe? Looks like he made the left turn, and the right, and whoa! He just gunned it on the straightaway and the all wheel drive took him the distance. Talk about a nice feature to have! I give this round to the Pontiac Vibe, no question.

Round 8 is all about the best bang for your buck when it comes to holding your value. Hondas don’t typically depreciate too fast, but since it’s much newer, this probably won’t be an easy round for him. Let’s check the board for the numbers:

Over the next 3 years, the Accord will depreciate by $4,000. Ha, that’s actually more than the Vibe is even worth! I hate to say it, but this looks like another round for the Pontiac Vibe.

I can’t believe how easily this car won this fight! Out of 8 rounds, the Vibe won 6 outright, tied one of the rounds, and barely lost just one of them. For an older car, it sure knows how to fight in this arena.

You know how much I loved my old Honda Civic? Well I think I love the Pontiac Vibe even more – even after having owned it just 2 weeks. The gas mileage isn’t quite what I would like it to be, but it still isn’t bad at 25 miles per gallon. Here are the car’s many positives:

In the beginning of our car search, we were looking for “dependable cars” and started in the $10,000 range, but neither Liz nor I were comfortable spending so much of our hard earned money on a car that would only depreciate in value. We wanted something that was dependable, looked good, and would be cheap to buy and own. We found all of this in the Pontiac Vibe!

If you’re in the market for a used car, I would highly suggest the Vibe. If you feel like it’s not the car for you though, be sure to go through each round of the battle above to weigh all of the appropriate options before you make your final purchase.

What type of car do you love? …and why?