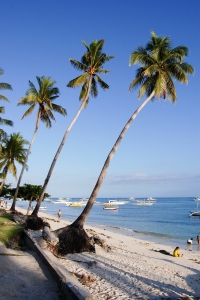 “Having debt is a natural part of American culture. It’s not so bad. Everyone has debt.”

5 Reasons to Get Rid of Debt While You’re Young

Let me be honest with you, debt is never a good thing. Unfortunately, I do believe that debt is a part of American culture, but it is a complete myth to say that everyone has debt. My parents don’t, and half of my friends and family don’t either. It is possible to get rid of debt, especially when you’re young, and there is a plethora of reasons why you want to get rid of it now. 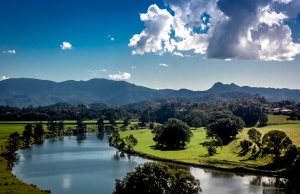 #1. Your Stress Levels Will Go Down

Recent studies have shown that financial stress can cause memory suppression, extreme weight loss or weight gain, and even insomnia. When people are stressed about money, that stress carries in to their daily life and has an impact on them as well as their loved ones. When you don’t owe anyone your money, you don’t ever have to worry about if you will have enough cash in your account to pay someone on time.

You’ll have more money at the end of the month, and you won’t have as many accounts to watch, which can also help add more time to your week. Getting rid of debt while you’re young will mean that more of the money you bring home stays in your pocket, not someone else’s.

#2. Your Savings Will Grow

This should be a no-brainer. When you aren’t making monthly payments to collectors, you can keep that extra money and throw it into a savings account. Even if it’s not much, every little bit helps. Having a savings account can help you in times of a crisis, like a major car repair, hospital bills, or if you lose your job.

Imagine this; if you take all of the money you were paying on debt, and start putting that in savings, how fast would you be able to get to 3-6 months of living expenses (in other words, to actually have that emergency fund that you’ve always longed for)? What if you could save up a year’s worth of living expenses? You know those people who are able to quit their jobs and travel the world while living in a suitcase? Those are the people that have all of their debt paid off and money set aside for a rainy day. Getting rid of debt while you’re young just means that your savings will grow faster. 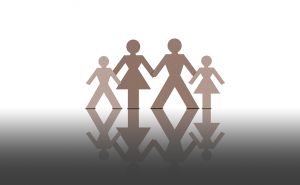 My fiancé and I had our daughter a little earlier than expected, but during my entire pregnancy we saved as much as we could and threw any extra money we had towards debt. While we still have a small car loan, we have set up a budget and a payoff date in 2017. This will mean that we will be debt free by the ages of 23 and 28 respectively.

All of our other debts are paid and we have a nice little padding in our savings account. Having this gives us peace of mind because we know that we can afford any small emergencies, and we can give our daughter not only our love and attention, but also a few extra things that aren’t exactly needs. We are able to splurge on things here and there, like gymnastics classes, and new clothes for her. Kids grow like weeds, and if you plan on having them when you’re young, you might as well be debt free.

Getting rid of debt while you’re young enables you to start a family with peace of mind.

I know quite a few people who love giving contributions to their church, community, or even family. I also know a few people who would love to give monetary donations, but they can’t afford to.

If you have all of your debt paid off, and you have extra money after budgeting, giving just a few extra dollars can be a huge blessing to someone else. You don’t have to give just money either, but if you aren’t having to worry about making more money to pay off debt, you could volunteer your time as well. Getting rid of debt while you’re young enables you to help out in these ways for your whole life (and not only after you retire)!

Another plus to giving is that most of the monetary donations can be a deduction on your taxes, which in turn puts more money in your pocket, especially if you are self-employed. Who doesn’t love a win-win situation?

Getting rid of debt while you’re young will also open up the retirement door a little faster. When you don’t owe anyone anything, you can save your hard earned money, invest it, and watch it grow. The earlier you start, the more money you’ll have at the end of the road. Now, this doesn’t mean that you HAVE to retire early, it just means that without having debt, retiring early is more of a possibility.

My parents didn’t have debt while they were in the military, and once they got out they were able to live off of their pensions and keep the rest of their money in investment accounts and savings. Both of them still work, but they don’t have to, and both of my parents are under 55! Even if you debt payments seem small, would you rather be spending $100 a month to other people, or giving yourself $100 for the next 30+ years and getting a nice chunk of it back later? You decide.

Getting rid of debt while you’re young may seem like an impossible task, but with a little hard work and persistence I think it can be accomplished. Researching, planning, and goals can turn a dream into a reality, and when paying off debt it’s best to know what you are doing it for. Living a debt free life is something everyone should strive for, and accomplishing that when you’re young makes life that much sweeter.

This post was written by Kimberly Studdard, a regular guest writer here at Life And My Finances.