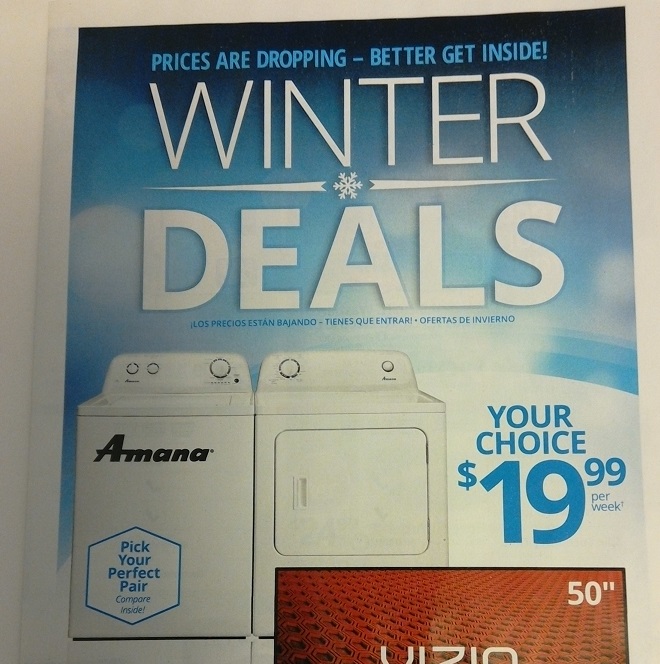 Having cool stuff is fun, and sometimes even necessary, but when does your stuff start to get in the way of living the life you truly want? According to Joshua Becker, the amount of stuff we own in the United States is getting out of control. And I think he’s absolutely right based on the facts presented. For instance…

Isn’t it absolutely insane? The average person owns more stuff than they know what to do with, and little do they know that it’s actually making them more broke in the process!

Based on my experiences, there are many different types of people in this world that have wants. Some people have absolutely nothing, but they want a brand new car, while there are others that own $200,000 sports cars that would really like a private jet.

Related: Stop Your Wanting. Be Grateful

Our wanting continuously takes us to new levels, which is great for the economy known as capitalism, but not so wonderful for an individual’s happiness…

Buying Stuff When You Shouldn’t 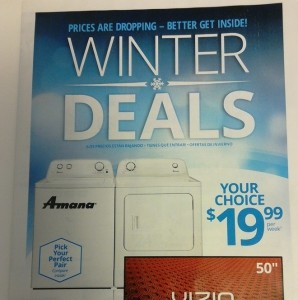 Your income is low, your credit cards are maxed out, and you’re thinking that you have no other options. You really need a new washer and dryer (need…in your own mind you need… If you were a normal person you’d just go find a laundromat, but that’s probably a rant for another article…), and you have absolutely no money to pay for them.

You’re smart enough to know that a payday loan is a terrible idea, so you decide to see what options the retail stores have for you.

Somehow it’s your lucky day (according to the salesperson that’s about to slay you). There is a brand new washer and dryer for sale for just $19.99 a week! You’re able to get approved and you proudly take home your new machines.

So…when will you actually pay off these machines? And how much will you end up paying for them in the end? These are questions that most people don’t ask….and it’s making them extremely broke. Even more broke than they were before!

Did you know I just bought a washer and dryer that work perfectly fine? I bought it for our new rental house…for a total of $80. Instead of making 105 payments on a brand new washer and dryer that are making you broke, you could have scrounged up $80 and effectively purchased the same thing.

You Can Afford It, But Should You?

“I’m smarter than my friends because I make a point to pay cash for everything. If I don’t have the cash, I don’t buy it.”

While it is smart to avoid debt, buying everything with cash doesn’t necessarily put you into genius status. The real question is, what are you buying?

Just because you can buy something with cash doesn’t mean you should. So how do you know if a purchase is right for you?

1) Take your time – Emotions can sometimes get the best of us. If you wait a couple of days and are no longer excited about the purchase, then you know that you shouldn’t buy it.

3) Think of how often you’ll actually use it – Some people go out and buy stuff on a whim and then hardly ever use it. Guys, this might be a tool that you’ll only use once each decade. How about you just rent or borrow it instead? Ladies, this might be a bread maker. Sure it’s fun to use once, but when will you actually pull it out of the cupboard again?

There’s absolutely nothing wrong with building up cash. In fact, it can make life a ton less stressful. Instead of buying the latest model car, it can almost be more satisfying to know that you could survive for many months at a time even after a job loss.

It’s the Same Stuff, And It’s Making Everyone Broke

No matter if you live in a shack in the rough part of town or the executive ranch high up on the hill, we’re all staying broke, and it’s all because of the same stuff. TV’s, cars, gadgets, food – whatever it is, nearly all of us spend everything we have and save nothing. We buy depreciating assets and delay our investments year after year.

You think that making payments is stupid? You’re right. But, owning four different televisions sets is pretty dumb too.

Before you do anything else today, think about how someone that earns $40,000 a year can survive, and can do it quite easily actually. Now think about yourself. How much do you earn? And how little of that do you save each year? Why is it that it costs you so much more to live than someone that earn $40k a year? Basically, it’s due to your wants. You want more, you buy more, and you save little. Nearly everyone in this world is broke, and it’s because we just can’t say no to ourselves.

Are you making yourself broke?