Saving or Earning? Which is More Powerful? 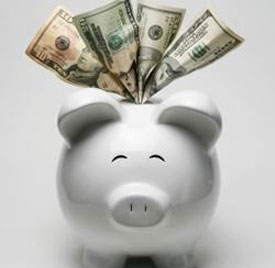 It’s the question that divides the personal finance blogosphere. Some say saving is more powerful than earning. Others throw caution to the wind and focus on earning instead. What is the best route? Saving or earning?

Which is More Powerful? Saving or Earning?

I grew up on a farm. Take a guess what the focus was growing up. Yep – saving. Save all you can. It’s the mentality of farmers.

Saving is powerful because it doesn’t matter how much you earn if you can’t save any of it. Net worth is king – not annual income. Net worth enables you to create passive income and become financially independent. Becoming FI is like being knighted in the PF community. Honestly, it should be a goal on everyone’s bucket list. It sure is on mine.

…And then I read a few books from very wealthy people. They said things like:

Now I was confused. For most of my life, I had heard being frugal is the way to live. Now these wealthy people are telling me that only scaredy cats focus on saving money, investing in basic mutual funds and hoping someday to retire and just chill. The scales of saving or earning suddenly tipped toward earning.

This new way of life intrigued me. I thought to myself,

“You mean I can have basically anything I want in life and still do well financially? Interesting…”

I began focusing more on income rather than expenses. 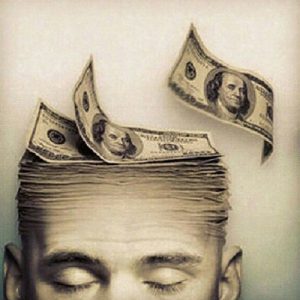 The Power of Thought

This is fun because you really are able to maximize your potential. Instead of thinking, “Oh, I don’t know if I should live in that neighborhood. It’s awfully expensive. Where I live isn’t great but I’m pretty content.” You now think, “I want to live in that neighborhood. I can earn enough to live there. So that’s where I’m going to live. And it’ll be nice being around like-minded people. They help motivate me. I may end up doing business with them in the future.” Hmm. Sometimes spending money indeed leads to earning more. Saving or earning? Sounds like earning might be the ticket.

I even began thinking about how cool it would be to buy a Tesla Model S. I would probably buy a few other things as well. I was getting excited. I knew I could be earning more and so I would focus on that and achieve more.

It’s Not About Saving or Earning After All

I soon realized that I should scrap the whole saving versus earning mentality. We all should. We should instead ask what we want out of life and then go after it – no matter what. If a simple home, good food and good company make you happy – focus on whatever sort of income you need to make that happen. If you really want a Tesla – make that happen. Go after exactly what you want.

But hold on one second.

Make sure you really, really want what you’re going after. Don’t risk being disappointed once you get there. Consider meditating or at least thinking deeply about why you want a certain lifestyle. Maybe you embrace frugality because it’s kinder on the planet (unless you’re someone like Elon Musk who pollutes like crazy with his jet but ultimately makes the world a cleaner place). Or maybe you want to be wealthy because through that wealth you can help more people. Decide what you want and go after it – money be ignored.

I read two books per week minimum. Many of them are about personal finance. Through all of this reading I’ve come to realize that most of the awesome things people have done have been in the pursuit of something greater than wealth. Their wealth is usually a convenient byproduct.

The personal finance community shouldn’t be split on its focus of saving versus earning. People should create goals and then do whatever is necessary to achieve them. If the goals are cheap – focus on saving. If you’ll need lots of capital – focus on earning.

With my own goals, it means I’ll end up creating more money. That works for me!

What are your goals? Should you be saving or earning more?