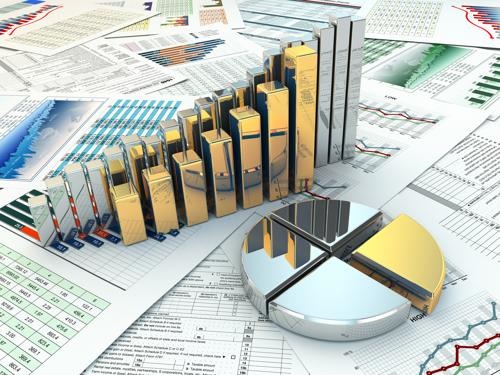 The UK has been a member of the EU and its’ precursors since the year 1973, and after the Brexit, the British government faces an enormous task of unraveling many decades of deals, legislation, and treaties between the EU and the UK; the biggest market on the planet. As the dust settles following the Brexit, a lot of worry over the future of both EU and the UK continues to sweep all across the continent. The European populist movements have seen Brexit vote as a win, and are now calling for other national referendums, as people wonder which country will be next in exiting the EU.

It will now be much easier for the next country to exit EU. The UK example has encouraged politicians in France, Spain, Italy, and even Greece who also want to leave the EU. Brexit has prompted the other EU countries to opt splitting from the union, which might end up reviving regionalisms. This might leave some members, perhaps 4 to 6 of the original members, (that is, France, Italy, Germany, Belgium, Netherlands and Luxembourg), to form there own union.

Brexit has led to a renewed flare up across Europe, and seems like Italy might actually be next in line to leave EU. In Italy, much of the public anger mainly focuses on the actual impact of euro on their economy. Italy is EU’s 3rd largest economy with a debt to GDP ratio which is currently over 130%; the 5th highest in the world.

The Italian banks have over $400 billion dollars in bad loans, and the markets have began to panic. Currently, Italy might have the most support amongst its’ voters in regards to leaving EU, and if Italy happens to exit EU, there will be a great impact on the EU, the Euro and many other financial sectors including Forex trading.

France is the other European country in the front lines to leave EU (for a so called Frexit.) Marine Le Pen, of the French National Front party hailed the Brexit move as a win for sovereignty and nationalism across Europe. At the moment, about 55% of the French citizens have said that they want a vote while 41% say they’d vote to leave EU.

Impact on Euro and the Forex Market

Since the Brexit move, the sterling pound sank in value to its’ weakest point since the year 1985, triggering a massive global rush of capital into traditional security of Swiss franc and yen. This means that the euro might struggle greatly if Italy and France leave the EU. The Euro might be shattered into various regional Euros, mixed with the return to national currencies like the Italian Lira, and the French Franc. On the other hand, may be the Euro will continue to exist as an acceptable accounting currency, and will probably be accepted by the merchants for payment across Europe.

The GBP to the USD exchange rate will most probably plunge further, consequently affecting the health of the United Kingdom economy. The GBP to USD might fall even below a record bottom $1.36, and the euro-to-GBP might reach parity, or even worse. It is not only about the GBP, though, it might also affect the United Kingdom GDP (gross domestic product).

The Brexit move might end up cutting the United Kingdom’s GDP by about 2% over the long term. The biggest impact of Brexit, along with Italy and France leaving the EU, might occur in Forex trade market, both in the euro sterling pair and GBP to USD. The euro will certainly not escape unscathed, and will most probably end up losing against the USD because the Brexit, along with Frexit and Italy’s exit will carry substantial consequences for the entire European economy.

To learn more about how the the Forex market, check out numerous online resources.

Expected Impact on the Economy

Leaving the EU will create a long period of uncertainty as the countries negotiate separation agreements involving trade along with many other issues. The countries will end up having reduced access to European market. Leaving EU might shut the countries out of their most important market (that is, the EU) and from various other markets all around the world which have trade agreements with EU (and not with the particular countries in isolation).

On the upside, some of the countries might end up benefiting. If Italy and France follow Britain to leave the EU, they would be more free to negotiate their own trade deals all around the planet, and can open up their markets as they please. In other words, they will have far more freedom to trade with companies and countries across the world. By exiting EU, the countries free themselves from the EU’s rules and regulations.