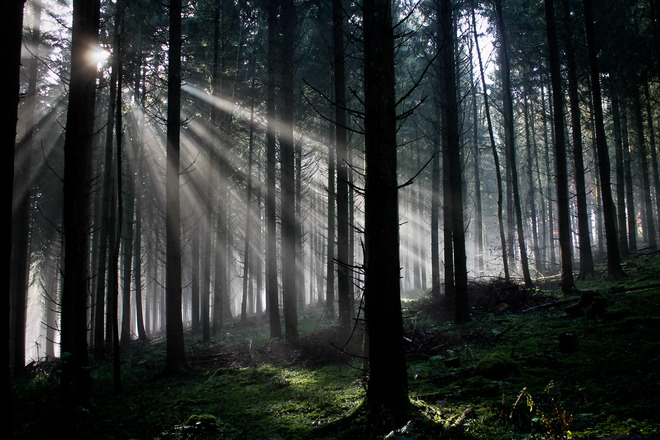 Many of our grandparents were born between 1910 and 1925. This is what Tom Brokaw dubbed “The Greatest Generation” when America was developed and defended on the backbones of its hard-working citizens. Anyone with silver hair, no matter their birth date, has spent an entire lifetime making choices and reaping consequences. It is our choice whether or not we will learn from our grandparents’ experiences and advice. That is why I’ve comprised a list of frugal habits I’ve learned from watching my own grandparents as a child.

It only just dawned on me that I’ve been learning from their example all of my life even though they’ve all passed on.

Even my grandpa “Big John,” who passed away from a heart attack when I was four, left a legacy in his community as a reliable and trustworthy man others looked to for business advice. Things like that, 25 years later, stay with me.

I titled this piece “Grandma’s Top 10 Frugal Habits” because many of us had “that grandma” who wore the same three outfits and that one pair of shoes.

But this list will also include other grandparents who had a powerful influence in my life.

My grandma Dorris drove the same used car through my entire childhood. It wasn’t new or flashy, but it was nice, reliable, and paid for. 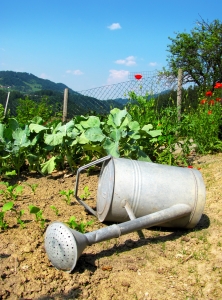 My grandpa Lloyd plowed Michigan soil every season of his adult life. In retirement, his favorite pastime was taking care of his beautiful garden.

Grandma Dorris and I spent time picking and snapping green beans straight from her garden into the dinner pot.

When I graduated from high school, grandma sent me a letter with two packets of seeds to start my own garden. That was my grandparents’ legacy.

Grandma helped me shift my mindset and think about things like manager’s specials and clearance racks. She went a bit too far some days, coming home with food that looked like it was ready to crawl out and burrow itself into the ground, but the lesson was still valuable.

I probably won’t hunt for nearly spoiled food and cereal boxes that look like they’ve been flattened by a forklift. Still, finding food on sale because of a simple blemish or dent is a win in my book.

If I visited grandma Dorris over a weekend, we’d either end up at the “scratch and dent” store or we’d go to garage sales. If I didn’t bring my own spending money, grandma didn’t buy me anything.

I remember only one time when she got something for me. It was a knock-off Barbie doll with chopped hair and a missing foot. It couldn’t have cost more than a quarter. Still, I cherished her gift and played with it for many years. 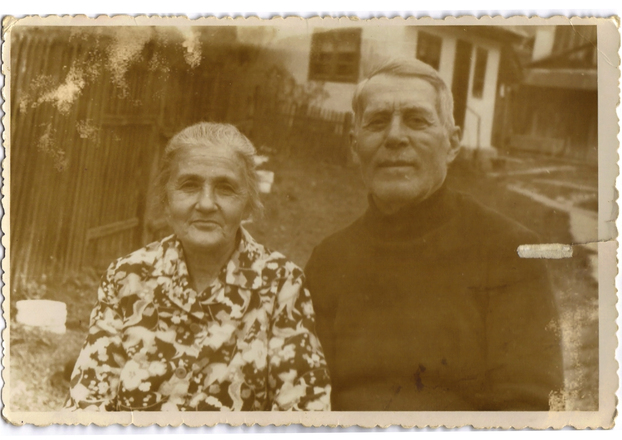 I have so many childhood memories of showing up at grandma’s house, diving under her couch for a pack of Uno cards and sitting across from her as we played for hours. Not once did my grandma own a TV.

We’d occasionally listen to Peter Rabbit on her record player or catch the latest Detroit Tigers game while we cooked dinner together.

These types of memories stay with me as I raise my own children, and nostalgia has even led me to look at record players for sale from time to time. I love the idea of our TV being a side product to our house, not the central focus. We don’t have cable and we try to spend as much time in the play room, kitchen or outdoors as we can.

I want my kids to have as much fresh air and the color green in their memory banks as I had.

Grandma worked constantly with her hands, whether that meant carving bars of soap into little rabbits or sewing brightly colored quilts and toys for her church and family. She didn’t have Pinterest, but I’m so glad that side of grandma’s life lives on in so many homemade projects happening in the world today.

One frugal habit we all have is the gift of time. Grandma Dorris became a widow in her early 60’s, but she devoted a great deal of time befriending and supporting other widows. She’d make them tea, sit with them and lend a listening ear.

Grandma also performed a tremendous service for the single mothers in her community. Each week, she opened her home to their children, running a sort of after-school hangout.

Many of these children had troubled environments at home or struggled with mental disabilities, unchecked emotions, anger, lying, and stealing. I was there to witness the patience of my grandmother with everyone she met.
I’m not saying grandma was perfect. She never followed a recipe and burned many a meal. Even still, she had the same 24 hours that you and I have. She willingly gave many of them away, saving money on purchasing gifts, but also giving some troubled and lonely people in her community a safe haven.

8. No debt in retirement.

My grandpa Lloyd did an incredible thing during the last few decades of his life. He lived in a modular home with my aunt and uncle, occupying one small bedroom with a bed, closet, and nightstand. Each month, he received his only source of income: social security.

Do I recommend building up a retirement fund besides social security? Yes, but stay with me, here.

Grandpa used his social security check to pay for his rent and any other miscellaneous expenses, then he gave the rest away.

The cool thing about it is: He was free to give because he owed no debt. You don’t have to wait that long. If you start a debt-free journey before retirement, think of the years you’ll have with no payments.

The less debt you have, the more control you’re given.

Both of my grandfathers ran their own businesses built from the ground up. Grandpa “Big John” ran a repair shop that my uncle took over and runs to this day. I already mentioned that my grandpa Lloyd was a farmer, but he and grandma Doris (not to be confused with my other grandma Dorris…) started their own elderly care facility when they were both in their 60’s and 70’s.

Being an entrepreneur isn’t for everyone, but if you run your own business, then you see the importance of frugal habits in a whole new light.

10. Giving words of love versus money.

Grandma Dorris wrote each of her 24 grandchildren a personalized poem every year on our birthdays. For a time, she included a $5 bill in the card. I’ll never remember what I spent my $5 on, but I will remember the slant of my grandmother’s cursive as she wrote about birds and hymns and life in that blue ink.

Recently, I discovered that my great uncle Earl, who became the primary breadwinner in his family after his father’s untimely death during the Great Depression, spent his life writing on a single sheet of notebook paper instead of purchasing greeting cards.

When asked why, he said, “I worked too hard for a dollar a day to spend it all on one greeting card.”

What frugal habits did you inherit from your grandparents? Share in the comments below.