Why I Just Doubled Down on Silver 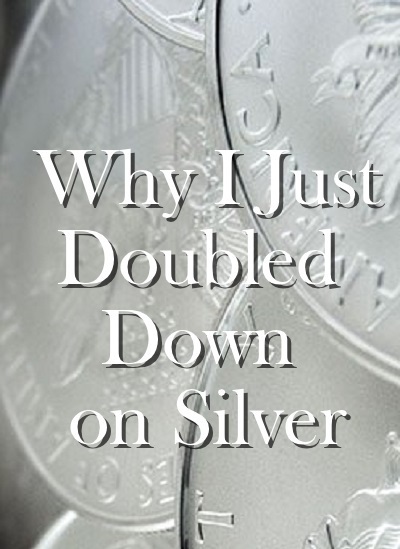 Back in late June, I went against Dave Ramsey’s advice and I bought silver. Actually, I bought a silver/gold motif (see my reasoning here), but I’m sure it still wasn’t Ramsey approved. Within the first 12 days of my investment, the silver and gold motif soared and I was up 23% on my investment. Within the next month or so, my earnings climbed to 33%!

Related: What is Motif Investing? A step-by-step sign up guide

The initial plan was to invest in silver as a hedge against the market. Once the stock market crashed (I’m suspecting early 2017), I was going to ride the monstrous wave of silver earnings into late 2017, then cash out and buy a severely discounted rental property. I definitely didn’t expect the early windfall 12 days after the initial purchase.

Fast forward four months and silver has tumbled once again…(doh!). At this point, I had three choices. I could:

Why I Just Doubled Down on Silver

The title kind of gave it away, huh? Instead of selling out like a loser, I decided to double-down and invest another $1,000.

So what made me decide this? Why would I risk twice the amount of money as I did before? Why not decide to just sell and be done with it? Or why not decide to ride out the storm without upping the ante?

Why I chose not to sell

Warren Buffett has said it a hundred times:

In other words, when everyone else is selling, don’t just follow the crowd. That’s how you earn little-to-nothing just like everyone else. If I were to sell, I would guarantee my loss of roughly $50.

At this moment, the only reason for selling would be if I thought that the value of silver was going to zero….which is obviously not going to happen. Silver will always have value and I’m willing to ride out the troughs to get back to those peaks.

Why I decided against doing nothing

I could have sat idle and just let my thousand bucks ride the ups and downs without selling or buying more. So why did I decide against this? Why did I decide to actually put more money into my silver investment?

I doubled down on silver for three reasons:

I admit it, I’m a little arrogant sometimes. I’ve been successful at almost every single thing that I’ve tried, and suddenly my very public (since I told all of you) investment was tanking like a rock. Either I lower my head and sheepishly tell everyone that my investment is at a loss, OR I can consider this a win and buy the silver that’s now on sale. Calling this a win is wayyy easier on my ego.

Secondly, I firmly believe that we’re going to see a spike in silver again soon. Based on the chart below, silver is back in its trough and will soon have nowhere to go but up. Buy low sell high, right? No one has any idea when the next spike will happen, but if it’s over the course of the next year, then I’m going to win big, realize the profits, and pull them toward our next rental property. 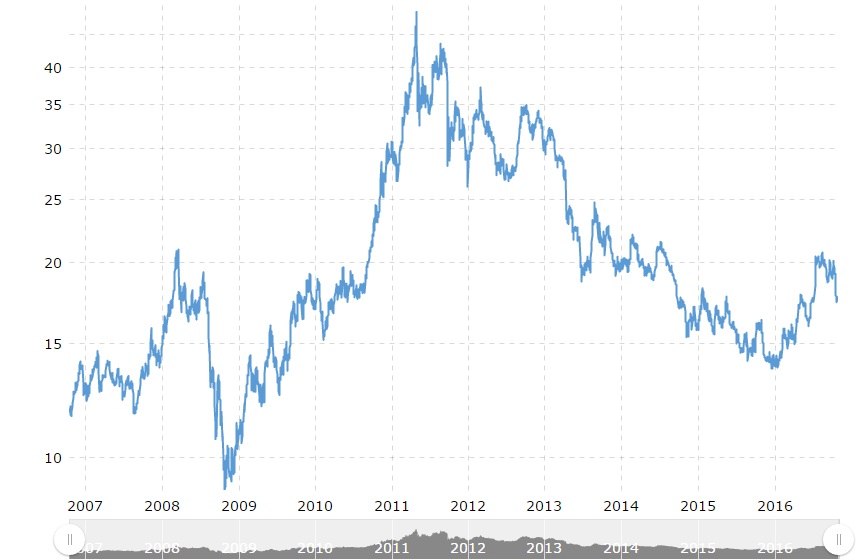 Third, this is still a very small part of our overall investment plan. We own our home outright, paid for a rental property with cash, and have tens of thousands of dollars invested through our 401k’s. Putting $2,000 into silver is more of a game to us than anything. If we win, that’d be awesome. If we don’t, our lives don’t change at all.

What would you have done?

So what would you have done if you were in my situation? Silver was at $17.50 an ounce, I bought in and it soared 33% and then tanked back to $17. Would have sold and taken the loss? Done nothing? Or would have puffed out your chest like me and doubled down on silver?


Battle of the Mind Investing Money