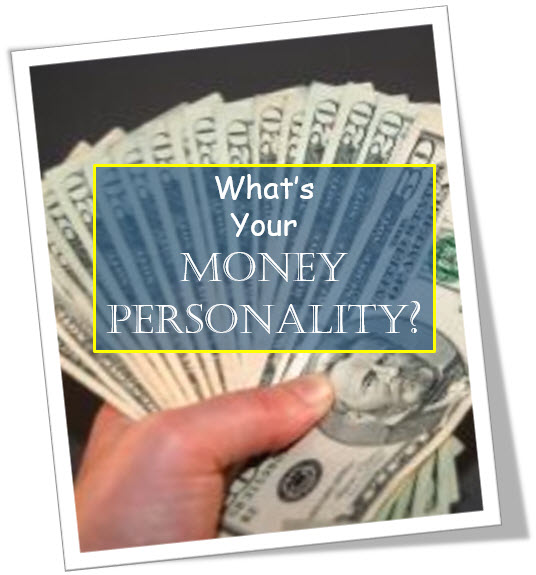 Someone’s wealth can easily be identified with their net worth. If your net worth is zero (or negative), then you are officially broke. If you have a net worth that’s $100,000 or thereabouts, you’re pretty average. And if your net worth exceeds $2 million, it’s pretty safe to say that you’re wealthy. But this doesn’t necessarily say anything about your money personality now does it?

So what’s the difference between a current state of wealth and a money personality? Won’t the wealthy simply have a saver personality and the broke have a spending personality? You’d think so, but not necessarily.

Spendthrift def. = a person who spends money in an extravagant, irresponsible way.

The ‘spendthrift’ money personality gets a charge out of spending money. They see the item in the store and their adrenaline starts pumping, their eyes get big, and they just can’t pull themselves away. They want it and they want it now. Out comes the credit card (their heart is racing) and swipe! It’s theirs. Ohhhh what a gooood feeling.

It’s true – most spendthrift personalities have a crap ton of stuff and are worth absolutely nothing (or even have a negative net worth). But there are a few that manage to out-earn their spontaneous spending habits. Executives, doctors, lawyers, business owners – these are the types that might spend $200,000 a year on random stuff, but because they earn $350,000+, they still manage to save a little and invest a little, which still eventually brings them into millionaire status down the road.

Miser def. = a person who hoards wealth and spends as little money as possible.

The miser spending personality is sometimes difficult to detect initially. They coupon, they enjoy saving money – they just seem like a responsible adult, saving for the future like the rest of us. But there soon becomes a very detectable difference.

Because misers can’t bear to spend their own money, they quickly reprimand anyone that might spend lavishly on what they enjoy.

No matter your earnings, misers will always think you’re doing wrong if you spend more than they do. They’re bitter, hard-headed, and you’ll never change their mind.

Contentment def. = a state of happiness and satisfaction

Those that are content are typically kind and giving, but they don’t mind spending a buck every now and then. Ask them if they think people should own a $40,000 and they’d shrug and say, “I don’t know, how much are they worth?” Contentment isn’t a measure of what you spend, it’s a measure of how important stuff is to you.

If you’re worth $10,000,000 (that’s 10 million) dollars and could technically afford a fleet of Lamborghini’s, but instead you drive a 2-year-old Lexus SUV, then you might still be considered content don’t you think?

Unlike the miser, the contented person doesn’t have hatred for the wealthy (or the poor for that matter). They’re able to enjoy the money that they have. And if they didn’t have the money, then they’d still be content with what they have.

Which Money Personality Are You?

If you find that you often spend recklessly and have a hard time saving money, consider what your wealth could be if you simply invested more and spent less! Saving just $500 a month over the course of 30 years could make you a millionaire, so why aren’t you doing it?

If you find yourself on the opposite end of the spectrum and can’t stand spending money. What on earth are you saving it for? And why do you continually pass judgement on those that like a little style in their lives? You know, if you’re 40 years old and you’ve got a million dollars in investments, it might be time to live a little. Buy a nice car! Take a nice vacation! Or take a year off of work and go travel the world! I guarantee you won’t regret it.

Finally, if you’re a person that exudes contentment, can I be your friend? Seriously, there aren’t enough people in this world like you. I would love to give more freely and spend without as much worry, but yet still have millions in the bank when I’m old. That’s the goal anyway – to spend, give, and save…to impact the lives of others, to enrich and nourish the love of my family, and to pass both money and wisdom to my children and to my childrens’ children.

What money personality are you? And which do you aspire to be?