Getting Rich with the Lottery – It’s Just Not Happening 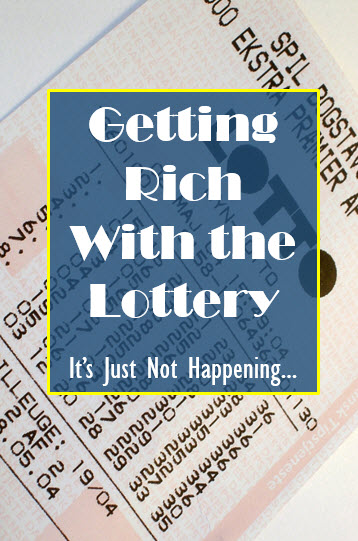 The odds of winning the Powerball are 1 in 292 million. That means that if you bought 10 tickets every single week, it would still take you 562,000 years to win the jackpot. Did you catch that? 562…thousand…years.

People are aware of the odds, and they know that they probably won’t win in a million years (funny, this phrase can finally be used literally!), so why do they still play? What makes them think that this is a good idea for them? And what might be a better alternative?

Getting Rich With the Lottery – It’s Just Not Happening

According to the recent Wired magazine article, “The Psychology of Lotteries“, people buy lottery tickets for two main reasons:

These two reasons are usually shared by one common socio-economic class…the poor. Believe it or not, but for those earning less than $13,000 a year, they spend an average of 9% of their income on lottery tickets! That’s $1,170 every single year!

So what do these individuals gain from their $1,170 yearly “investment”? According to the awesome chart provided by fivethirtyeight.com below, the average state gathers the lottery money, pays a little bit for administration, takes a healthy cut for themselves, and then they pay back only 50% of the pot to the “winners”. 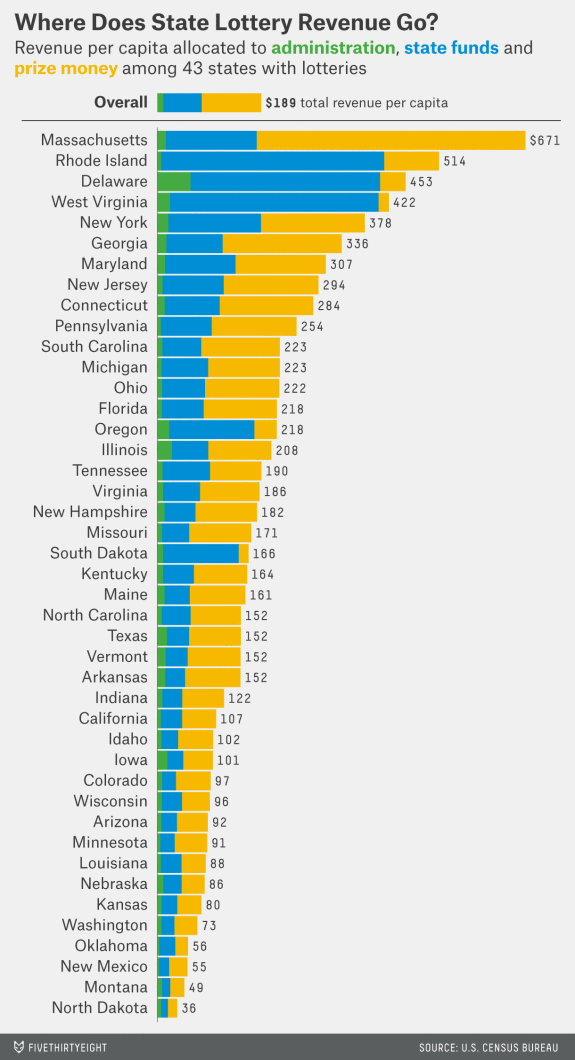 What if I told you that I’m starting my own grandiose lottery? It’s called the Derek Lottery (catchy huh? ;)). You send me $1,170 and I’ll mail you back $322. I absolutely love the idea…for me, but for you it’s a pretty rotten agreement don’t you think?

It’s the same story between you and the government. They love the lottery because they win every time. For you though, it’s a constant losing preposition.

…But People Actually DO Win the Lottery!

“But Derek, there are regular people like me out there that win these huge sums of money, so it IS possible! I know the odds tell me I won’t win, but it could happen!”

Okay yes, it could in theory happen that you win a $500 million jackpot. The odds are not in your favor, but somebody does eventually have to win. And for those people that win…man they’re immediately on easy street and life couldn’t be better….right?

The Actual Lives of Lottery Winners

Believe it or not, but 70% of lottery winners end up bankrupt within just a few years of their windfall. It may seem impossible for those that win hundreds of millions of dollars, but here’s the basic story line:

Since you didn’t earn the money, you don’t appreciate it like you should, you have no idea how to grow it, and nobody respects you. Being a lottery winner typically leads to a pretty rough life. It’s not one that I would want, that’s for sure.

Getting rich with the lottery? No thanks.

The Best Way to Win With Money

You want to know the absolute best way to win with money?

It’s super basic, but unlike the lottery, it actually works. And typically, the odds are 1:1 that you’ll win.

Let’s go back to that low-income individual that only earns $13,000 but spends $1,170 on lottery tickets each year. Over the course of 50 years, this person will spend $58,500 and have absolutely nothing to show for it.

What if, instead, these low-income households invested the money into an S&P Index Fund (that’s yielded 11% each year for the past 70 years)? How much do you think their account would grow to? Check out the results below: 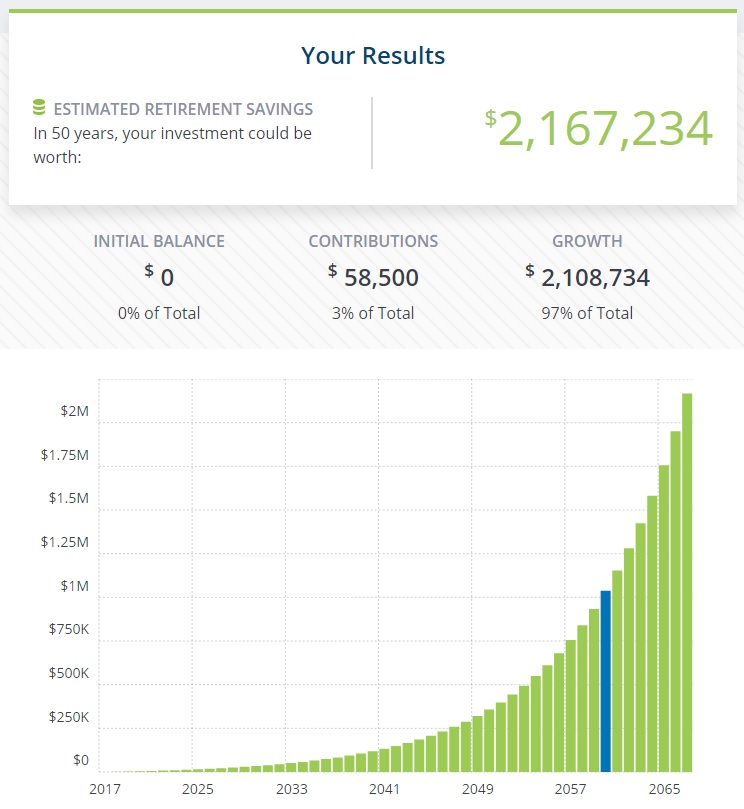 Ummmm… are you seeing the numbers that I’m seeing?!! $2.1 million dollars.

By investing just $58,500 over the course of their life – the exact same amount that they spent on lottery tickets – they would essentially “win the lottery” in the stock market. And they odds of this happening are sooo much better! Isn’t that just crazy?!

And, by earning the money over the course of many years, you’d:

In other words, you’d still have your millions AND you could be happy!

It’s Time to Ditch the Lottery

It has always seemed so harmless. After all, it’s just a few bucks here and there. But apparently those stray dollars can add up to millions over the course of your lifetime!

It’s time to stop playing around with the lottery. We all know it’s a loser’s game. Instead, let’s start investing. Not sure where to park your money? Check out Wealthsimple. You don’t need a lot of money to get started and you can add as little or as much as you want each month.

You’ve got no more excuses. Give up your gas station lottery picks and trade them in for a life of happiness and pride instead of pain and regret. You can do this. I know you can.

Are you done believing that you’re getting rich with the lottery?