Flipping a Car One More Time…What Could Go Wrong? 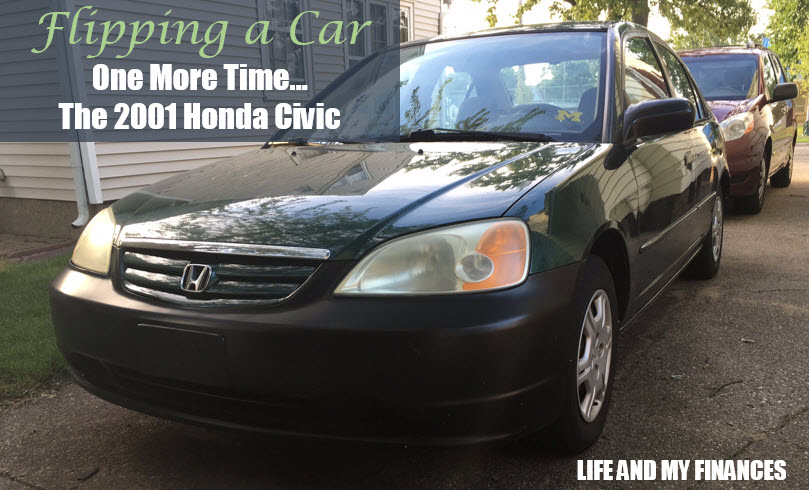 “What did I just get myself into…?” I murmured to myself as I rumbled away in my newly purchased piece of crap 2001 Honda Civic…

Here’s the story in a nutshell:

….and that’s what led to this next car flip.

Flipping a Car One More Time: The 2001 Honda Civic

So here’s the idea with any car flip.

I’ve done this successfully four other times…so this is lucky #5….I hope! 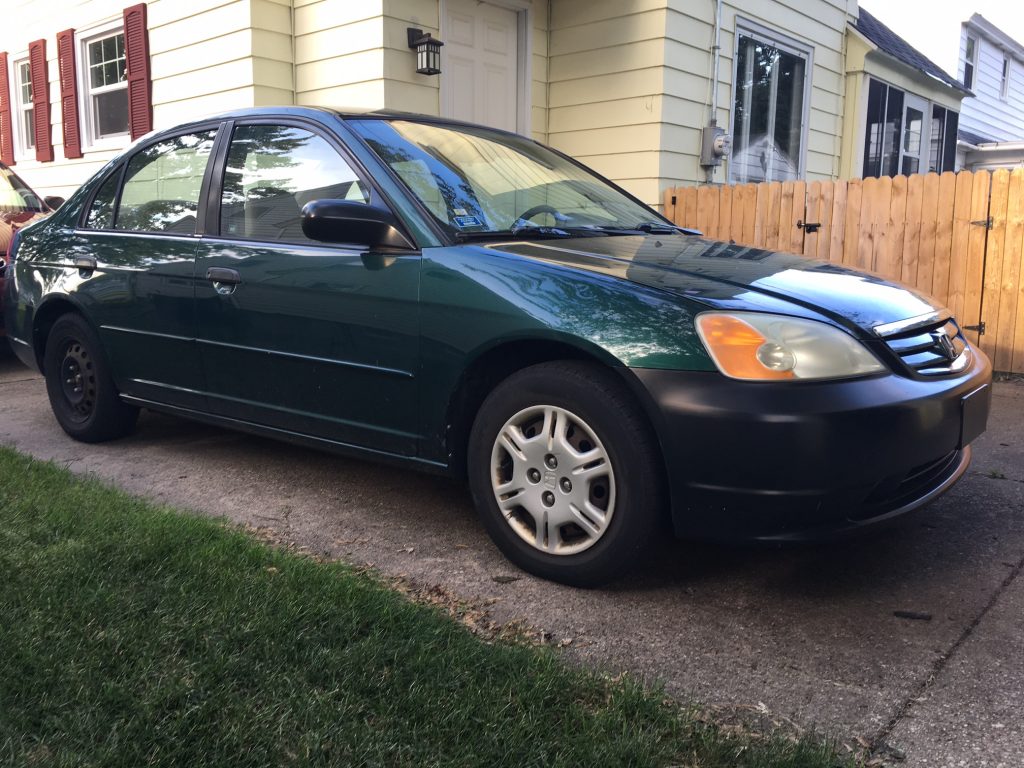 I was laying in bed, just thinking about how we would come up with the money for this potential house flip… Naturally, when I can’t sleep, I do what any other intelligent individual does – grab my phone and randomly look through my apps. It didn’t take long before I discovered my Craigslist app and had that light-bulb go off inside my head.

“Hey! I could find a cheap flip car and earn another $1,000. I’ve done it plenty of times before, and it would give us a little more cushion if we bought the flip house!”

Within 5 minutes, I discovered a forest green 2001 Honda Civic. It was listed for $1,200. I texted the owner and made an appointment for the next day. And I was once again thinking about flipping a car…

I walked up, gave it the quick glance, and it honestly wasn’t as bad as I thought it’d be. The bumper was unpainted (but I’ve painted them before), it had just a tiny bit of rust, and there were a few dings here and there. I asked if I could take it for a test drive and took it for a quick spin around the block.

Honestly, it ran pretty rough, and the headliner (the inside ceiling fabric) was ripped out, so the upper view was bright yellow foam core – not too appealing.

When I rolled back into the owner’s driveway, I had my mind made up: I wasn’t going to buy the car.

I told him the few quirks I had noticed and that my offer would probably be far lower than he would accept. He told me to make him the offer anyway.

“Uhhhhh.” I stood there in disbelief. First of all, I probably should have said, “$600”, and second, I wasn’t sure I wanted this car now! He was pretty quick to say yes to a fairly low-ball offer. There must be something seriously wrong with this thing!

He assured me that they just wanted to get rid of it fast since they had just purchased a new car and had absolutely no use for it.

So, I handed him the money and rumbled out of the driveway.

I had my flip car.

To be honest with you, I’m writing this post at 4:00am because I’m so freaked out at all the repairs I’m going to have to make on this car. Will I even make any money? That’s what I’m trying to figure out in my head right now. Writing it all down on this post will hopefully help calm me down a bit…and hopefully not freak me out even more…

Alright, so for starters – what do I think this car could sell for if it was all fixed up and looking pretty?

And what are the issues with the car? And what would it cost to fix each of them?

Oh, and I still need to register the car and pay the tax to make this whole thing completely legal – $60

If everything is as expensive as I think it will be, the total cost to fix up this car is…. $860, which would leave me a profit of just $240. That’s obviously not great, so it’s time to find some cheaper options!

What’s your guess? How much money will I make (or lose) by flipping this car??