4 Low-Cost Ways to Get Your Business Uniquely Branded 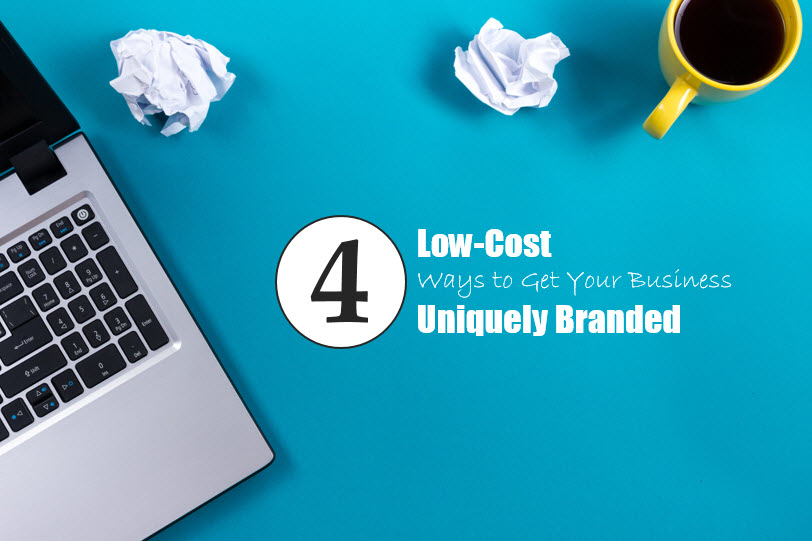 Every company must stand out, so they never get lost in the sea of competitors and lose valuable business. There are no exceptions in this area. It’s either figure out a way to remain top of mind with customers or become a casualty. Startups aren’t excluded either, especially when statistics show that 7 in 10 of these budding business ventures fail. Other statistics reveal a grimmer picture and indicate that as much as 90 percent of startups fail, never providing the promised returns on their venture capitalists’ investments.

Branding opportunities let businesses create unique connections with customers. Each time a consumer or customer sees a particular brand’s logo, that branding message forms an impression on their minds. It’s hoped that with enough impressions made, consumers will become customers and, in turn, customers will become loyalists.

4 Low-Cost Ways to Get Your Business Uniquely Branded

Companies can spend a ton of money to get in the faces, or attracting as many eyeballs, in corporate-speak, of as many people of possible. You’re likely all too familiar with how companies love to spend big on aerial advertising opportunities, such as airships, blimps and hot-air balloons, as well as other over-the-top marketing extravaganzas. However, it’s completely possible to make a lasting impression on the public with more low-cost ideas as well. Here are a few of them that may have flown under the radar.

If you’re not familiar with branding irons, or flat out don’t know what they are, think about how cows are branded. Well, that metal rod that’s heated on one end and then used to stamp, or “brand,” the cow is essentially what a branding iron is. In the business world, custom branding irons can be used to stamp a host of low-cost items that customers can use as corporate keepsakes, such as:

If you haven’t been invited to insert your email address online someplace to receive a free download of an e-book promising one thing or another that will make your life better, you must be living under a rock.

There’s a reason that individuals and companies with something to sell are using this method of attracting hopefully long-term customers: It may not be a unique solution, but it works. It’s a win-win if ever there was one. The consumer or customer gets valuable information, and usually it’s completely free, and the individual or company offering it gets their attention.

Related: 6 Things I Did To Start Earning Money with My Blog

The famous “The Man Your Man Could Smell Like” commercial, part of Old Spice’s “Smell Like a Man, Man” advertising campaign, became a viral hit several years ago and brought the aging American brand a newfound awareness. That showed the power of a well-executed concept. Old Spice has suddenly become uniquely branded. All with a low-cost idea.

Videos for brands don’t have to cost much at all, as is evidenced all the time by short clips posted to YouTube and elsewhere that become instant sensations and memes shared on Twitter. The Dollar Shave Club is another example of a brand that’s blown up widely based on an initial online video that cost little to make but demonstrated humor and creativity; Unilever bought the company for a billion dollars last year.

Sometimes what makes something new, fresh or modern is simply using it in a new way. For example, branding coffee cups or other paper goods is fairly old in terms of application. Now here’s how to update that old approach and make it unique.

Do as one company did and target your audience and then outline what you can do for that specific audience on the item, say, a coffee cup; simply list your benefits to them. Then hand out or mail those promotional products to them. The company previously mentioned targeted construction workers and found that it had a captive audience when it decided to pass out coffee in the specially branded cups to the workers. Clever, indeed. Think of your audience and what they use frequently and you’re sure to come up with an equally clever marketing idea.

When thinking of good promotional ideas, consider these suggestions as low-cost, novel ways to entice consumers and keep existing customers engaged with your brand.