5 Things You Didn’t Know About Your Student Loans (and Absolutely Should!!) 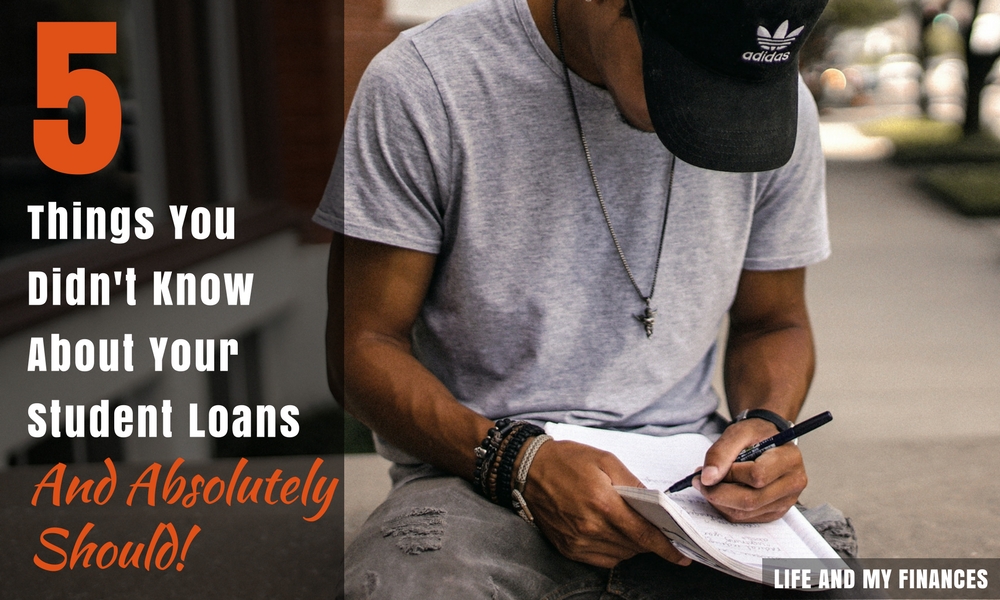 If you have college debt, you’re obviously not alone, but that doesn’t mean you can go on being oblivious about student loans. Do yourself a favor and take two minutes to learn  about the five student loan truths below. By the end, you’ll be happy you did.

1) Student Loans are NOT Bankruptable

Kids graduate from college (or worse, they quit before getting their degree) and they get their breath taken away by their student loan debt totals…

It’s a reality that many kids face. They take out multiple loans throughout their 4-5 year education and the student loans just pile up, amassing a pretty large total figure. 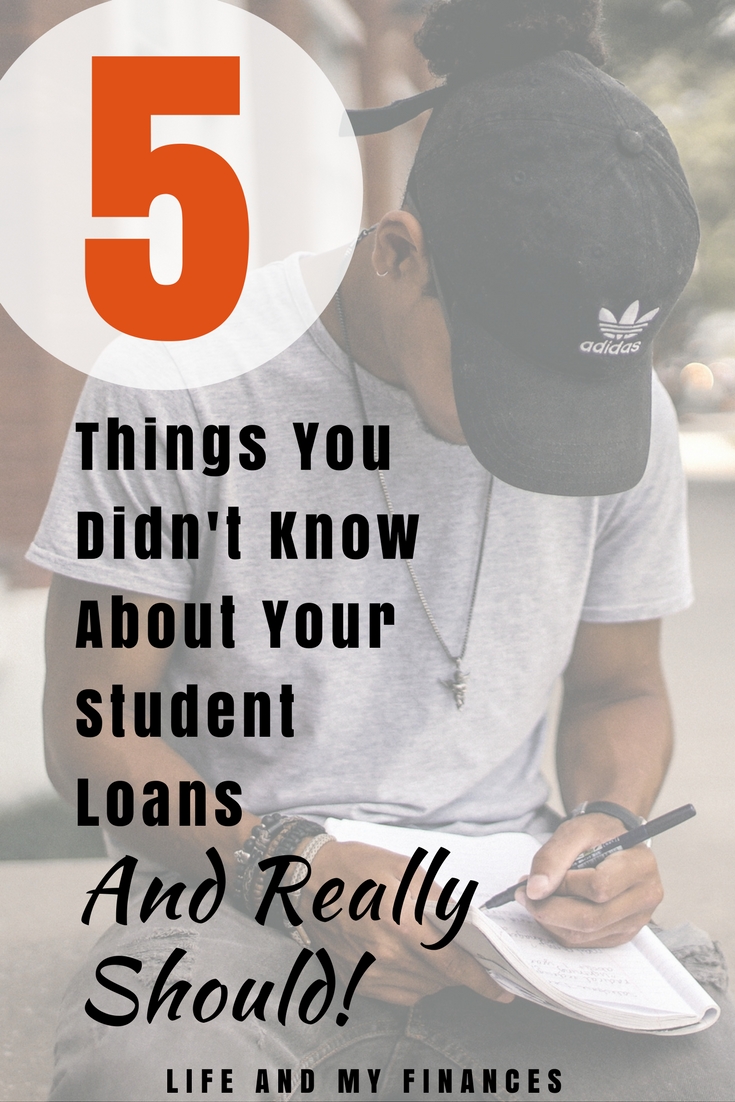 With payments around $700 a month, these poor kids just feel trapped. They didn’t get the job they thought they would out of college, they’re not making all that much money, and now they’re forced to live in their parents’ basement to try to dig themselves out of their massive hole.

They’ve considered bankruptcy, but come to find out, Uncle Sam really wants his money because these types of loans typically can’t be forgiven with a bankruptcy.

If you have a ton of student loans, then you’ve probably heard of the Public Student Loan Forgiveness program (PSLF), which basically says that if you:

…then the remainder of your student balance will be forgiven.

This sounds great and all, but there are two major issues that have been discovered already.

In order to get their massive student loans forgiven, people have been intentionally taking low-paying jobs in the public sector for the past 10 years. And now, that might all be for nothing.

For all you students that are just entering college, here’s what you should learn from this:

My ex and I learned this the hard way when we first got our student loan bills in the mail. They were only $75 a month, but since we were already going backwards financially, we decided to call Direct Loans to see what we could do.

According to them, we could just defer our payments for 3 months and pick it up again then. At that point I figured we’d have sparkly new jobs and the cash would just be pouring into our bank accounts. As you can imagine, this didn’t happen…and then we discovered that a loan deferment only defers the payments. The interest still continues to build. So, instead of doing what we could to tackle our debt and take down that student loan balance, we took the deferment and $214 was added to our $6,250 balance… Womp wommmm….

My friend (who I met later in life), didn’t defer his payments for just 3 months. He continued to defer them for years. Long story short, his $20,000 student loan debt turned into $80,000 and he’s pretty much just given up on paying them because he sees no other way out.

Loan deferment is NOT your friend. I know it’s tempting and you might think you can’t make your student loan payments now, but please just FIND A WAY. You’ll never regret paying your loans on time, but you absolutely WILL regret deferring them and running up the balance. Ever heard of the phrase, “kick you while you’re down”? This is student loan deferment.

4) You’re The Captain of the Ship, and Your Co-signer is Going Down With You

The federal limit for student loans is typically $31,000 for a student pursuing a bachelor’s degree, which equates to roughly $7,500 a year. Considering the cost of college can be upwards of $30,000 per year, many students look to the private loan sector to cover the remaining balance of their school bill. Since students typically have absolutely no money and no credit, this requires a well-established co-signer.

My body twinges a little bit just typing out that word: “co-signer”…

Most of the time, the co-signer is a parent or close relative. They’re more established, they have some credit history, and they can likely pay the loan if the student defaults. With the additional signer, the private lender feels good enough about getting their money back that they’ll hand the money over to the student.

In a perfect world, the student graduates with honors, finds a solid job, and consistently pays down their college loans without defaulting.

While I have seen this happen, it seems like it’s becoming more of a rare event. All too often, students are having trouble paying down their student loan debts, and this can really create havoc for that well-intentioned co-signer.

When it comes to co-signing, U.S. News says it best:

“ A parent or a relative co-signing on a loan is assuming an equal responsibility for paying the loan.”

Parents, if your child can’t get the money for student loans, it means that they probably shouldn’t have it…for their own well-being.

Instead, they can work to earn their way through college just like you did when you were younger. Or, if you actually have the cash to pay for their education, then do that instead. Co-signing often leads to sticky situations and at times, family break-ups.

Is the debt really worth a family relationship? I don’t think so.

5) Your Loans May Be Forgiven if Your College Shut Down

Finally, a light at the end of the tunnel. There may actually be some good news regarding student loans for some of you!

If you were attending a college while it shut down, or if you withdrew within 120 days of it closing, you have a pretty strong case to get your Direct Loans forgiven. As for your private loans…those will probably stick with you unfortunately.

Check out the other reasons your loans may be forgiven by viewing the chart below. If your case matches one of the reasons for discharge, fill out the attached form as quickly as possible. There’s absolutely no reason not to try. You never know! 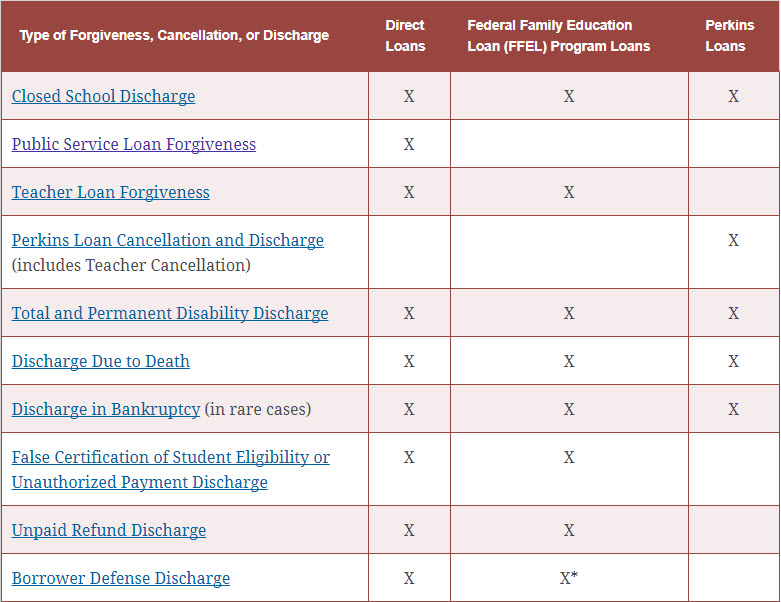 Summary: All the Things You Didn’t Know About Your Student Loans

Student loans: we’ve almost all got ’em and let’s face it, there’s no easy way out (unless we got royally screwed with our education…and that’s a whole other problem).

I can almost guarantee that you learned something in this article. I know I did while writing it! Be a real friend to your family, co-workers, and neighbors and pass this article on. You never know, it might just save their financial future!!

So what about you? What did you learn about student loans?

And if you’ve got them, what advice would you give to a new college student?