5 Reasons You Couldn’t Pay Me to Win the Lottery 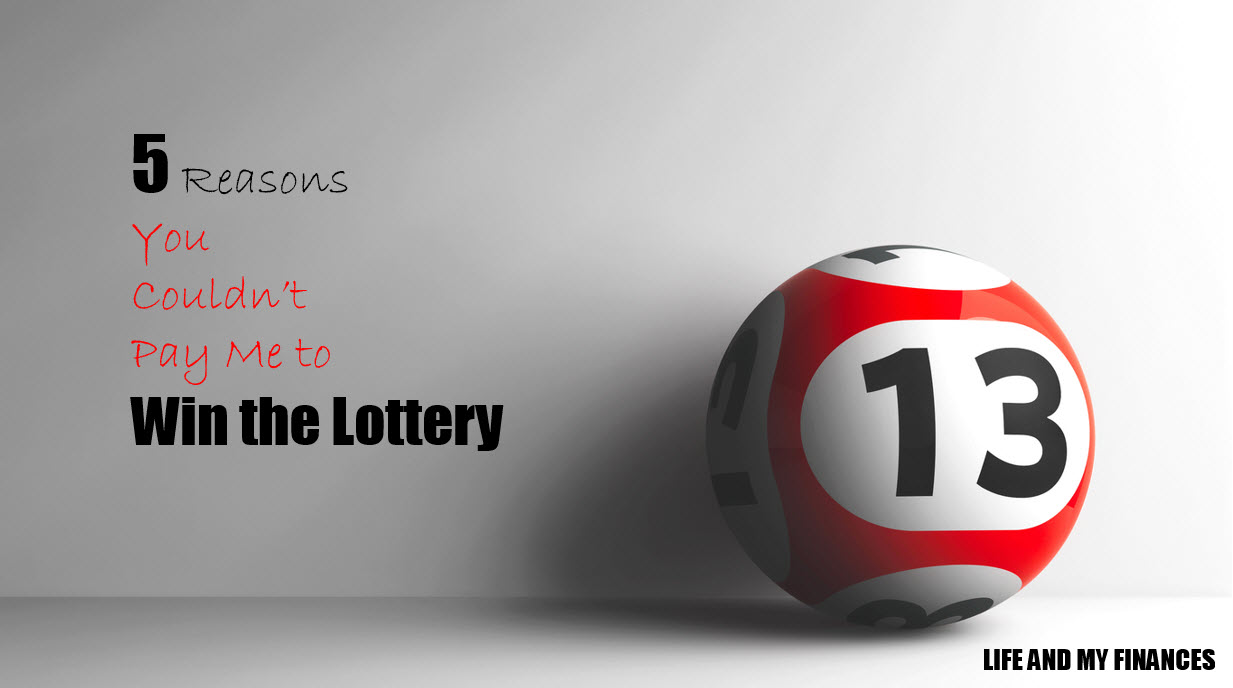 Are you dying to win the lottery? Are you dreaming of all the things you could do with millions of dollars? That new yacht, that mansion of a house, the garage full of exotic sports cars… sounds pretty good right? To me, it sounds horrible…

5 Reasons You Couldn’t Pay Me to Win the Lottery

No, I’m not some kind of extreme minimalist that deprives myself of all the luxuries in this world. And, I’m not against the lottery because it’s really just a giant tax on the poor (although, this is a serious problem that needs correcting). I have five other reasons for never wanting to win the lottery. And, I’m so against winning it, that I wouldn’t even agree to win it if you paid me money on top of the winnings.

Who in their right mind wouldn’t want millions of dollars to just fall into their lap?

1) I Can Make Millions on My Own

That’s a pretty good chunk of change. I could go on some nice vacations, buy a pretty decent car, and eat pretty much anywhere I wanted, and it would have absolutely no effect on my net worth. I’d still be a multimillionaire.

So, if I can become a millionaire by simply putting away a few hundred bucks a month…remind me again why I need to win the lottery?

Related: Retirement Savings by Age – Are You on Track? 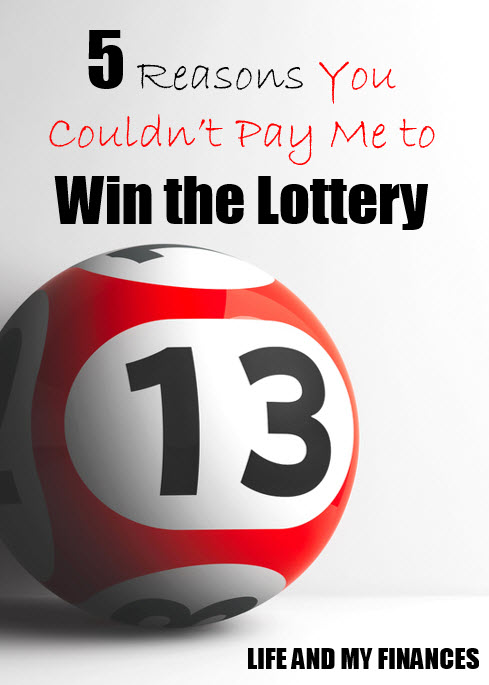 2) I Wouldn’t Fit in Anywhere

When you win the lottery, you pretty much don’t fit in anywhere.

Sure, I could buy my way into the local country club, but I’d never truly be accepted by the other wealthy members. I’d be kind of like the snotty trust-fund grandson, but it’d be even worse because I never even had a connection to anyone that was wealthy.

On the other side of the financial spectrum, my long-time friends would probably start getting weird around me. As much as people hate to admit it, money changes things, and they just can’t act the same way when they know you suddenly have millions of dollars.

3) I Could Do Without the Distant Relatives and Old Friends

Ugh, this would be the worst. “Oh hey, I’m your great uncle Jim. I knew your dad when he was a little kid. Have you ever thought about starting a car wash business?….”

People just can’t help themselves. When you get money, they’ll come out of the woodwork with business ideas, they’ll suddenly remember that you never paid them back for something 25 years ago, or they might even guilt you into thinking you owe them just because they’re relation.

A fair amount of the jackpot bankruptcies were folks that just got conned into helping everyone out. Their heart was big, but their friends and family were the ones overcome with greed. And, it ended up ruining everyone.

When I lived in Florida, there were always these billboards plastered along the highway that read, “Who Can I Sue” (and that pretty much summed up the caliber of that state as I experienced it). People that followed up on this billboard wanted one thing: money. And they didn’t want to earn it, nor did they care who would end up paying for their laziness.

If I was suddenly worth millions, there’s no doubt in my mind that random people would be:

What a nightmare this would be, and it’s one of the main reasons why I’d never want to win the lottery….ever.

If I earned a million bucks and then tragically lost it, at least I’d know how I did it the first time and could probably replicate the wealth with a few more years of effort. But, if I did absolutely nothing to earn my wealth the first time and then lost it all, it’s pretty likely that I’d stay broke forever because I’d have no clue how to get it back.

That’s why I’m a huge proponent of building wealth with skill, and not by chance.

Keep Your Money and Stop Playing the Lottery

What do you think? Do you still want to win the lottery? Or would you rather earn your way to wealth?

Becoming wealthy by doing nothing sounds like an absolute dream when you first think about it, but in reality, it’s complete hell. Most people that win the lottery state later that they wish they’d never received that “lucky” ticket and that they wouldn’t wish their experiences on their worst enemy.

Stop wishing for riches to fall in your lap. Instead, go out there and earn millions on your own. You’ll build some amazing self-confidence, you’ll be respected by your peers, and you’ll have the knowledge to keep your wealth growing for years and years.

So what about you? Would you sign up to win the lottery?