Proof that Anyone Can Retire Early…Even a Middle School Teacher 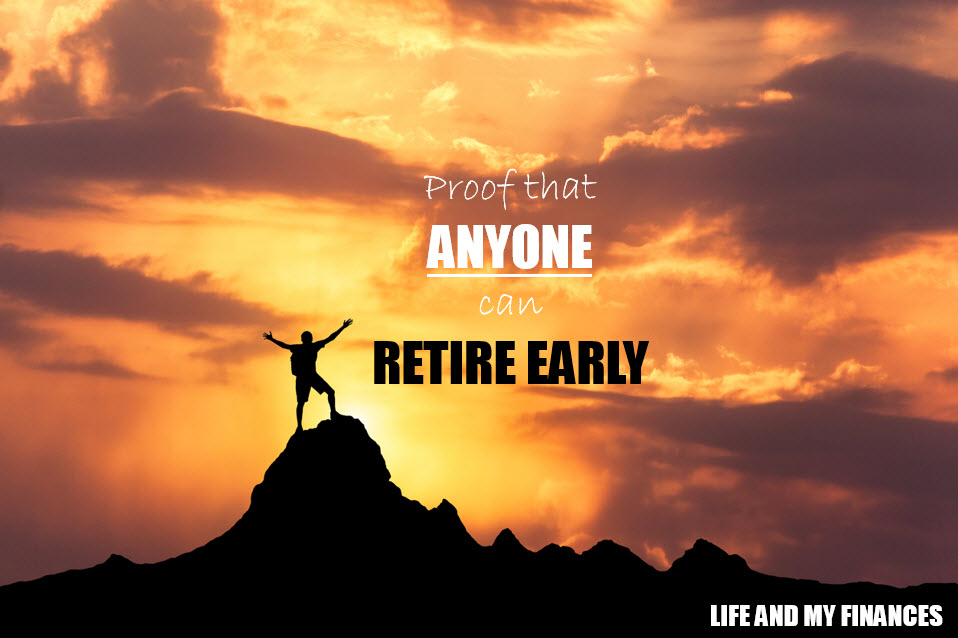 Many folks with massive student debt have no net worth. Well, they do, but it’s in the negative numbers. The thing is, it’s not just student debt that puts folks in the hole.

Proof That Anyone Can Retire Early!

This is a guest post from my buddy Keith Schindler over at MoneyisnotTaboo.com. Shin (as we all call him) didn’t make all the right financial moves in life and yet he still retired in his early 50’s! This goes to show you that you don’t need to be perfect – but you DO have to start! Take it away Shin! Tell us how absolutely anyone can retire early. 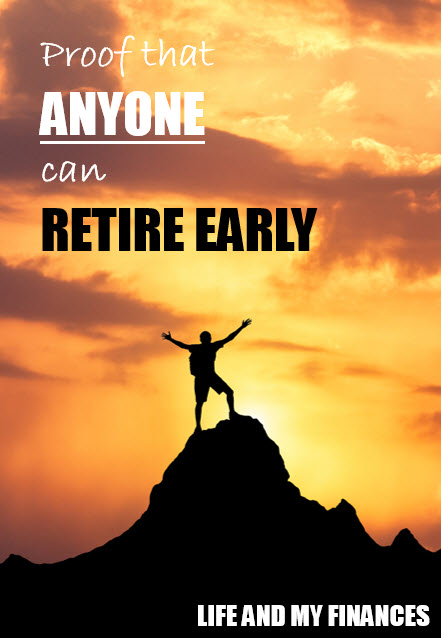 When my wife and I got married, I was a student without a full time job. I had very little money. In fact, my greatest asset was my 1974 Fiat Spider convertible.

I was living in a dorm when we decided to get married and that was not going to work for us as a married couple, as the University of North Texas wouldn’t allow it. Well, they did, if we qualified for couples’ housing. I didn’t even know about that at the time.

So, we had to find a place to live. An apartment was out of the question.

I can’t answer that.

Plus, there was going to be three of us, as my wife has a son from her first marriage, which I’m proud to say is my adopted son since he was three. (That happened 3 months after our marriage, but that’s another story for another time.)

We wanted a house. Couldn’t afford one, so we bought one on wheels, on credit. Yep, our first big debt was a trailer house. With that out net worth went into the negative numbers, big time. We were below ground zero.

In case you’re wondering about Derek’s intro…it’s absolutely true. Absolutely anybody can retire early. Even me with these awesome financial moves… 😉

Funny thing. We had no idea what net worth was and that ours was negative. (If you’ve read about MinT, you read that my folks didn’t teach me much about finances.)

The value of our assets totaled up to less than we owed, but we made ends meet. Sort of.

There was enough cash coming in to pay the bills, but that was it. We couldn’t put anything away. Then we wanted a new TV, as the one my Mom and Dad gave us died. So, we did what most Americans do, we bought one, on credit. Yeah, we slipped further down the ladder.

Once I graduated I thought, “Now I’m going to be making the money.”

See, first year teachers in Texas didn’t make a lot in 1983. We were still keeping our heads above water…but barely.

After a year we decided that we didn’t want to live in the trailer park, so we bought some land, planning to move the trailer. You’re right, on credit. We went even further down the hole.

We were still able to make ends meet….until we realized that we had a negative cash flow.

Digging Out of the Hole

Something had to go. It was the land. We lost a few thousand that we had paid towards it. We defaulted on our first and last loan. And we were still down on the ladder looking up at the daylight at the top of our “Debt Hole.”

At that time I still had no idea that we had a negative net worth. Heck, my parents never even shared those words with me. Net Worth. Two VERY important words that kids should learn in High School.

Luckily, in my 7th year as a teacher, an investment adviser came to our school to help us set up investment accounts on top of our 9.4% mandated retirement plan. Yep, I was lucky in that Texas forces teachers to invest in the state plan. That’s the main reason that I was able to retire at 54, which is yet another story.

Well, the lady was good enough to convince me to part with hard earned cash and invest it each month. I didn’t have to do a thing, other than sign papers. It was set up so about 10% of my pay was automatically drawn from my check and invested. HOW COOL IS THAT???

Related: How to Become an Automatic Millionaire

Anyone Can Retire Early

The automatic investment was pretty darn cool, as it prevented me from even thinking, “Well, we’re a little tight this month, I think I’ll hold off on investing this month.” That definitely would have happened, but somehow my brain wrapped around the idea that I need to pay my “Investment Bill” each month.

That’s the way we looked at it. Our monthly investment was a “Bill” that had to be paid every month and it was the very first one to be paid, other than our health insurance. With the decision to invest automatically, we finally started to climb the ladder of Net Worth. I wish I could say that in months we had a zero Net Worth, but I can’t. It actually took a 3+ years.

Now, Zero Net Worth is not something that people should want to have, except on one occasion – when they’ve had Negative Net Worth and are working towards the opposite.

It’s been years now since we’ve had Negative Net Worth and Zero Net Worth.

Positive Net Worth, that’s where it’s at. The more positive it is the better! Same as Positive Cash Flow, but that’s yet another story for another time, which I’m pretty sure I’ve already written about.

So, have you ever been below ground level with Negative Net Worth? Do you believe anyone can retire early?